A quick scan of grocery store shelves will confirm what researchers already know is true: Organic is the fastest growing sector of the food industry, with consistent double-digit growth year over year in the past decade. And in the past three years alone, the number of Americans who identify as vegans has increased 600 percent. It would seem the days of saturated fats and processed sugar are receding in the rearview mirror.

Long before nut cheeses and natural sweeteners were a la mode and gluten intolerance was generally accepted, Natural Gourmet Institute in Manhattan was advocating for health-supportive cooking and training chefs in that art. Their tagline says it all: "Kale, Quinoa & Community since 1977."

Natural Gourmet Institute was founded by health food pioneer Dr. Annemarie Colbin in the kitchen of her Upper West Side apartment as a place to foster a culture of mindful and deliberate decision-making around ingredient sourcing. "Eating local and seasonal foods is something we've been doing for 40 years," says Elliott Prag, Curriculum Development Manager for the culinary school.

Over the last four decades, Natural Gourmet Institute has trained nearly 3,000 chefs from around the world in its health-supportive culinary techniques. The Institute has become a beacon for mindful eaters. "This feels like home to a lot of people, because we embrace all viewpoints about health-supportive eating," Prag says. "Everyone has to find what healthy means for them. We embrace vegans and vegetarians, paleo people and ketogenic people, and people with gluten intolerance. Here, all those people can express what they want through cooking."

Natural Gourmet Institute offers one-day classes (like Pickling & Fermenting Foods at Home or a Vegan Baking Workshop) as well as certificate programs (like the Culinary Nutrition program). But at the heart of the culinary school is the 619-hour Chef's Training Program (CTP).

This program, which is licensed by the New York State Department of Education, was the first accredited culinary program to be dedicated to healthful cooking. The curriculum is steeped in Dr. Colbin's Seven Priciplesfor Food Selection, which dictate that good food should be: 1) whole; 2) fresh; 3) seasonal; 4) local; 5) traditional; 6) balanced; and, last but certainly not least, 7) delicious.

"We think about health food in a simple and common-sense way," Prag says. "We think about the way it was traditionally eaten, when it was whole and not modified, processed, or full of additives. But we also care about other things. Even if you're eating the best-quality food, if it isn't balanced correctly, it isn't satisfying. So we strive for balance of flavor, color, texture, cooking technique, and nutrients."

Through a blend of lecture and practicum, CTP teaches essential cooking techniques, methods for sourcing ingredients, culinary business principles, and the art of healthful cooking. Modules range from the principles of Ayurveda to culinary math to the art of plating. Each class is capped at 16 students, who move through the program together, making for an intimate, hands-on learning environment. "When people graduate, they don't want to go," Prag says. "They really miss it. It's not like another school that is bigger and more corporate. The teachers and administrators know the name of everybody here, and they know us."

Offered as both a full-time and part-time option, CTP can be completed in either five and a half months or 11 and a half, followed by a 100-hour internship with a qualified restaurant or food business, such as a catering company or a meal delivery service. "We don't dictate that students intern at a health-supportive restaurant," Prag clarifies. "It might be important for someone to work in a high-end conventional restaurant. The primary goal is to build skills and get some real world experience."

Given NGI's specific health-supportive philosophy, the student body is highly self-selecting. "Our students come in a wide range of ages. Many of them are highly educated. A lot of them are career changers," Prag says. "We've had physicians, former Olympians, a lot of dieticians and nutritionists, lawyers—you name it—but they all think health-supportive is the way to go."

"Most people tell us, 'I researched and found out about you; it's a dream come true to be here; I've been waiting until the kids are old enough to do this,'" says Barbara Rich, director of Career Services and Chef's Training Program instructor. "They are all very invested in food as a tool for good as opposed to just a job. Most of them see a connection between food and health, food and community."

With a 30-year career in food and a background teaching, Rich is adamant about the culinary fundamentals. "As proud as I am of what we do here with health-supportive cooking, for me it is very important that it is also a traditional culinary school," Rich says. "Students learn the same skills, but with a healthy perspective. While in another school students learn how to make risotto with arborio rice, chicken stock, and parmesan, with us they learn to do it with brown rice, vegetable stock, and veggies." Rich's favorite class to teach is knife skills. She says, "Whether the cuisine is vegan, vegetarian, or omnivore, you have to use a knife."

NGI's Chef Training Program provides innovative and interdisciplinary health-supportive culinary education that empowers its graduates to become leaders in the conversation about food and wellbeing. Around 75 percent of graduates enter the food industry in different capacities, from food justice advocacy to private cheffing. "Here you're given a skill set that you can translate into whatever you want," Rich says.

Learn more about the Natural Gourmet Institute or the Chef's Training Program. 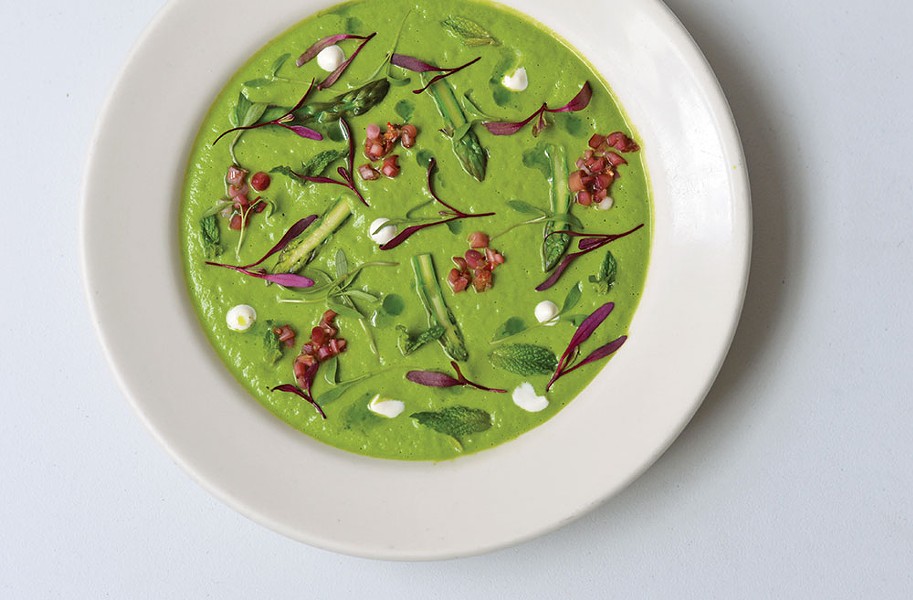