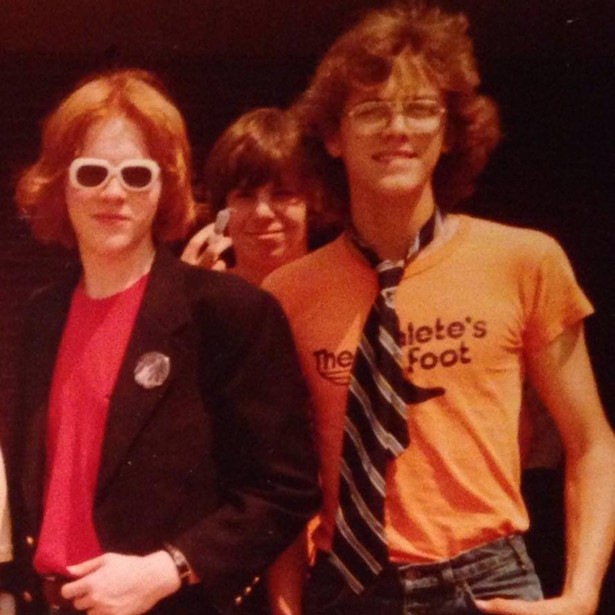 From transforming Paul McCartney into his “Fantasy Dad” after losing his birth father in a drunk-driving incident at the age of seven, to the lure of Led Zeppelin testing his teenage backbone in standing up for his friends, Robert Burke Warren has always used music to contextualize and process key moments in his life. Therefore, it comes as little surprise that when RBW set out to create an autobiographical work, it took the form of a musical memoir: a “coming-of-age song cycle,” as Warren calls his new staged work "Redheaded Friend."

Having toured the world as a rock ‘n’ roll bass player, portrayed Buddy Holly in a West End production, and almost become ‘Robbie Ramone’ after an audition with the legendary punks, Robert Burke Warren won’t be short on tales that might seem tall coming from anyone else’s lips. In recent years, he also added “celebrated author” to his list of accomplishments.

But there is more to a man than his résumé. Warren’s “extremely dysfunctional, largely unsupervised childhood” is the starting point in this 70-minute solo journey, which will debut at The Phoenicia Playhouse November 23. The tale of RBW’s adolescent years see him search for fellowship and courage in a story of latchkey kids, southern belles, and thrift-store crossdressers, beginning as a barefoot, free-range wanderer, becoming bass player to pre-fame RuPaul, then lighting out for Manhattan to find his life.

It was during these years that Warren met Todd Butler, the titular "Redheaded Friend." “I grew up without a father, in a pretty dysfunctional environment, and Todd was there for me,” Warren says. “He taught me bass, protected me, emboldened me, forgave me. Much good in my life has come from all of that.” Butler committed suicide in 2004, a traumatic event that left RBW “consumed with grief and some anger” for a long time. Working on his memoir for the last four years, Warren came to realize how crucial Butler had been to his life, finding that “those negative emotions finally receded, making way for the waves of gratitude I feel for what he gave me when he was here.”

“Shaped not only by trauma and loss but by the restorative, emboldening love of a friendship,” as Warren describes, it seems that RBW’s adult experiences may have opened the door for such considered reflection and re-contextualization of his past as are found in Redheaded Friend.

His “quite unexpected immersion in the world of kids,” through both parenthood and working as a teaching assistant, gave him “a sense of deja vu” at times, viscerally recalling personal childhood episodes as he witnessed kids progress through certain developmental stages. “You also recall good times, nostalgic things, but of course the dark stuff is more powerful,” Warren says. So yes, as I recalled unfortunate times in my youth, I made a conscious decision to use my natural ability to connect with kids to try and bring good stuff into their lives, be it fun times, songs, or advocacy.”


RBW has released six albums of music for kids as ‘Uncle Rock’. However, Redheaded Friend marks the first time since Butler’s suicide in 2004 that Warren has written “grown-up songs” which he feels “proud of and eager to get into the world.”

So, is creativity a form of therapy for RBW? “I will say the more I throw myself into creative work, especially performing, the easier I am to live with,” he says. “Like most creative acts, Redheaded Friend is risky. Taking a risk is therapeutic, for both performer and audience. Redheaded Friend is a bit of a high wire act. For the first time in my life as a performer, I'm doing everything I do in one fell swoop: singing, writing, storytelling, playing guitar, playing bass.”

A show that would not be possible without experience, reflection, teaching, learning, love, loss, or a redheaded friend. Warren hopes that those who attend the show “feel connection, be it to their loved ones, or to someone who positively shaped their life, or just to others in the theater.” Warren pauses, then adds, “And/or to a deep part of themselves they may have fallen out of touch with.”