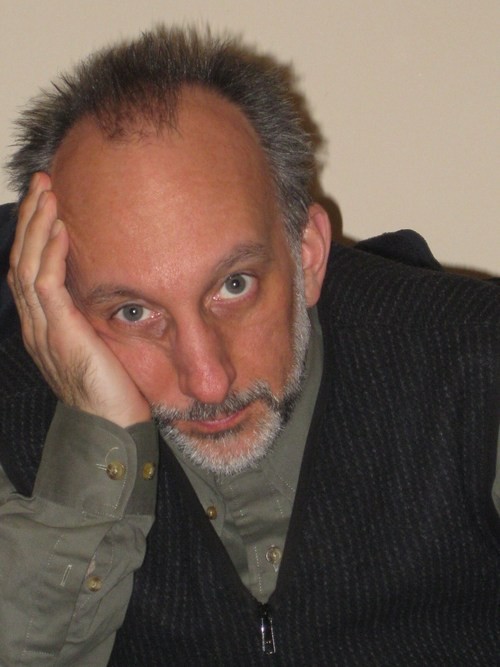 Maybe you know my fellow Hudson author and musician Seth Rogovoy from his books, Bob Dylan: Prophet Mystic Poet and The Essential Klezmer or his long-running online newsletter the Rogovoy Report—or perhaps from his contributions to Chronogram. Whatever the case, this month you’ll get your chance to get to know him as a multimedia artist when his newest project, “Rockin’ the Shtetl,” gets a staging at Columbia County arts venue CR10 Arts.

Based on a novel-in-progress of the same title exploring the affinities between 19th-century Eastern European Yiddish songwriters and musicians and 20th-century American Jewish folk-rock poets and protest singers, “Rockin’ the Shtetl” dramatizes the historical figure of Elyokum Zunser, the first pop star of the Pale of Settlement, using narrative, video, and music. A little-known and unsung hero, Zunser started out working as a mid-19th-century wedding poet or emcee, only to take that traditional folk form and become a pioneer of original Yiddish protest songs in the late 1800s. Joining Rogovoy for the performance will be multimedia artist and musician Ryder Cooley.

Here’s a peak at Seth performing Dylan’s “All Along the Watchtower” in 2012:

“Rockin’ the Shtetl” will have a work-in-progress showing at CR10 Arts in Linlithgo, New York, on August 23, at 4pm. Admission is $10. For more information, visit http://cr10.org/.