Kids tend to accept whatever circumstances they're in as "just the way things are." Should their own thoughts and feelings begin to get dark, scary, or conflicted, they're likely to assume that that's just how it feels to have a human brain. Since anxiety often presents as early as age seven, and half of all chronic mental illnesses present around age 14, there's a lot to be said for making sure that even the youngest members of society have a vocabulary and skill set for coping.

Last year, New York State implemented a law mandating that mental health be taught as part of the health curriculum—by classroom teachers at the elementary level and certified health teachers at the secondary level. Mental health experts are willing and eager to share what they've learned about the mind, brain, and emotions with educators and, through them, with kids themselves. Teachers and administrators—who know all too well that kids with mood or behavioral issues beyond their grasp are extremely difficult to educate—have been stepping up.

Though the success of these programs is hard to quantify, as they are largely preventative, John Richter, director of public policy for the New York State Mental Health Association (MHA), is heartened by the sheer volume of schools that have already reached out voluntarily. "We've had our online resource center open for just over a year now, and we've engaged 70 percent of all New York's schools," he says. "Lots of people have downloaded the resources and are taking the training. That tells us that schools are gearing up, building curriculum, and getting staff trained." 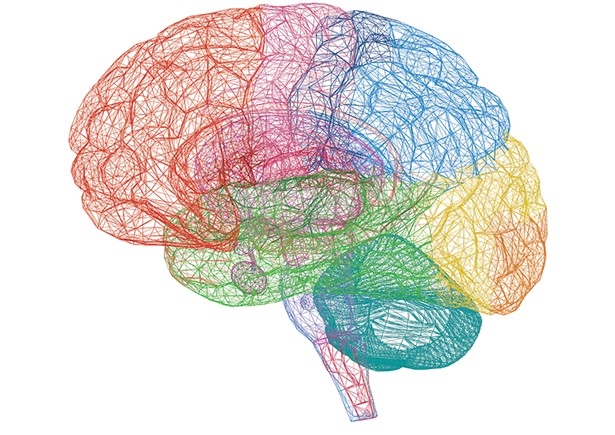 The MHA spearheaded a five-year advocacy effort that led to the law's passage in 2016; Richter authored a white paper in 2017 that lays out the rationale: "a growing recognition that people in general, and young people more specifically, are not 'mental health literate.'" And when legislators funded the effort with $1 million in 2018 and $500,000 in 2019, Richter and his colleagues created the School Mental Health Resource and Training Center, with resources for educators, students, parents, and community partners.

"The state came up with guidelines, and the commissioner added some fine print, but there's no specific curriculum mandated," says Richter. "There are broad criteria, and it's the resource center that takes it from there and brings it to life. There is a consensus that schools are struggling because young people are struggling. We are discovering that they're willing to do the work and go beyond the letter of the law. We encourage them to adopt a climate of overall wellness and incorporate mental wellness—mental wellness days, poster contests, weaving the discussion into other subjects—to embrace well-being from a pervasive cultural standpoint rather than wedge it into an hour."

New York State, Richter points out, has been encouraging districts to emphasize social emotional learning for the past few years, with benchmarks for the mastery of life skills such as self-awareness and self-management laid out in 2018, an effort which "dovetails nicely," Richter says. "Ideally, your mental health curriculum is a grand plan that emcompasses K-12, so you have a foundation that you build on in a coordinated, thoughtful manner."

On the curriculum development level, the incorporation of mental health ed is being handled through the Bureau of Cooperative Educational Services (BOCES). "Most of our districts have been working with health teachers to determine where to add or modify lessons that speak to the mental health component," says Cora Stempel, Deputy Superintendent of Dutchess County BOCES. "In several cases, it's just a matter of making sure the curriculum is up to date. We're looking at the curriculum in our own facilities like the Salt Point Education Center and the alternative high school, making sure health teachers have what they need. In addition to the student programs, we do a lot of professional and staff development. The focus this year is social and emotional learning, so a lot of mental health is embedded in that."

Alongside BOCES, backing up the state-level resource center, local mental health associations are also playing a role in the effort to make mental health literacy universal. "Schools in Ulster County are very responsive, and they've been doing a great job," says Zoe Mahan, wellness resource coordinator with the county-level MHA. "We just gave Kingston High School an award in recognition of their work to implement this legislation and their overall work to promote social and emotional learning for all students."

MHA has been providing Intro to Mental Health and Wellness 101, a training that covers basic mental health literacy, in schools around the county. "It's an overview," Mahan says. "It destigmatizes the subject and the conversation. I'd say most of the schools in Ulster County are involved. The superintendent requests it and we come in and train. We've done workshops for guidance counselors and health teachers and food service people. We've presented it to students in fifth and seventh grade, and in high school. It covers basic self-care, what that means, when to reach out for help."

MHA in Ulster also offers the Brain Architecture Workshop, an action-learning approach to understanding the effect of adverse childhood experiences (ACEs, which is defined by the Centers for Disease Control as "all types of abuse, neglect, and other potentially traumatic experiences that occur to people under the age of 18"). A seminal study in the late 1990s of over 17,000 people found that childhood adversity was often a precursor to high-risk behaviors, chronic conditions, stifled potential, and early death. (It's worth noting that the CDC identifies "strengthening economic supports to families" as front and center in prevention.)

"It's very interactive: We play a game where participants build a model brain using straws and pipe cleaners," says Mahan. "Brain Architecture is on the trigger-y side for students, but it's great for educators and care managers. It's part of the discussion about trauma-informed practice in many fields."

Related A Digital Approach to Mental Health: Fighting Depression with Avatars and Apps

A Digital Approach to Mental Health
Fighting Depression with Avatars and Apps
Mental health care is going mobile, with interventions and treatments for the digital age.
By Wendy Kagan
General Wellness

People of any age struck by major trauma might well need help and are often aware that they do; the thing about ACEs, Mahan says, is that the effects can be subtle yet devastating. "Many of the experiences that can traumatize a developing brain aren't perceived as trauma at the time," she points out. "To the child, it's just another 'normal' day."

Normal, points out New Paltz Youth Program director and therapist Jim Tinger, has gotten wildly intense. "When I started in this work 25 years ago, middle schoolers were little kids," he says. "Now they have instant access to a ton of information they are in no way ready to handle. Drugs, alcohol, violence, demeaning pornography. I don't mean to sound like an old fogey yelling about what's inappropriate, but it's just way too much developmentally. And if kids deal with it in isolation, having to figure out in their own heads what's real or unreal, good or bad, it can breed anxiety. They can fall through the cracks into negative experimentation. Twenty-five years ago, the big fight was against boredom; now it's not boredom so much as that isolation."

Overstretched teachers who haven't been trained to recognize symptoms of anxiety, depression or irritability as red flags have been known to respond with irritability of their own, leading to punitive consequences that can cause further anxiety, depression, and/or irritability, a cycle that can be a slippery slope in the school-to-prison pipeline. Responding productively to someone's distress signals can make all the difference in the world, interrupting the isolation Tinger mentions, which is why he and others are excited by the push to teach Youth Mental Health First Aid to as many people as possible.

Mental Health First Aid was developed in Australia in 2001 by Betty Kitchener, a health education nurse, and Tony Jorm, a mental health literacy teacher, and has been licensed and adapted for use in 25 countries. Adam Billingslea, program director for Mental Health Awareness at HealthAlliance of the Hudson Valley, is the point person for organizing trainings in the youth version, using a $300,000 grant from the federal Substance Abuse and Mental Health Services Administration. "I conscripted 12 educators to become trainers," he says. "And we're hoping to train 2,100 people in Ulster and Delaware counties. It's an eight-hour course, and it's great professional development for youth-centric workers and great knowledge for anyone." The first half of the course is providing information and increasing awareness: the symptoms of the various disorders. Then participants learn the ALGEE action plan, giving people a structure for how to respond to a person in crisis: assessment of the chance of harm, listening nonjudgmentally, giving reassurance and information, encouraging appropriate professional help, and encouraging self-care.

The first aid measures, like the mental health curriculum, are not designed to teach Psych 101, nor are they expected to replace professional care when it's needed. "It's like a CPR or physical first aid course, only it deals with emotional, behavioral, or mental emergencies," says Billingslea. "There's a lot of participation and role play. We familiarize people with resources and how to make referrals, de-escalation of crisis, and how to help people navigate away from harm to a calmer situation." Free trainings can be arranged for groups of five to 30 people.

A version of Mental Health First Aid training is currently being created for teens, something professionals have been eager to see happen. "Learning how to step up instead of walk away in an uncomfortable situation is essential knowledge for everyone," says Tinger. "Learning how to do that in your own small circle can be way more important than getting on a soapbox. And putting those skills into practice encourages others to do the same."