October 08, 2019
comment
When architects like Frank Lloyd Wright and Paul Rudolph first threw off the shackles of tradition and began building homes with flat roofs, large expanses of glass, and open floor plans, it was a revolution and a revelation for some, an outrage to others who felt that too many rules were being broken.

But, for a brief shining moment before tract housing and McMansions began to dominate the landscape, they were the thinking person’s alternative: houses that were carefully sited for intuitive passive solar, full of light and space to bring the outside in.

“For a while people were just tearing them down, but people are seeking them out now — they’re the anti-McMansion,” says Ellen Hilburg, co-founder of the real estate resource Mid Century Modern Hudson Valley. “For some people, it’s a nostalgia factor. But Millennials are discovering them, too. It’s an aesthetic that appeals to people who are aware and environmentally conscious.”

Hilburg grew up in such a house, then studied art and architecture in San Francisco and then at the Art Institute of Chicago. That background, honed by decades of Hudson Valley real estate experience and a longstanding love of the mid-century modern aesthetic, makes her uniquely well positioned to help you find the perfect mid-century beauty for yourself. 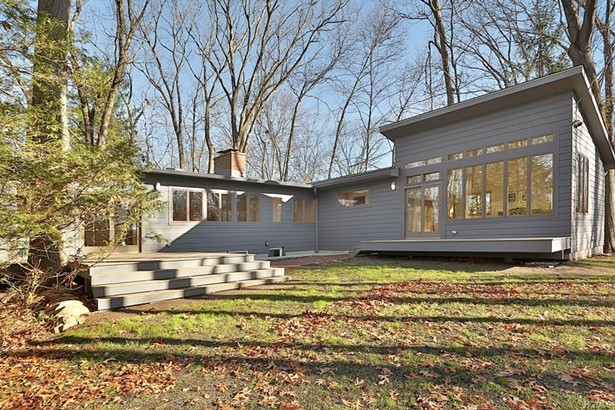 “I track interesting mid-century modern homes, from Scarsdale up to Hudson, and help the people who love these homes to find them,” she says. “We work with contractors who are experts at retrofitting and renovating them without destroying the original vision. They’re inherently livable—light and bright, often on one floor. You can update the original large expanses of glass, redo the radiant heating in the floor, and add whatever cutting-edge amenities you love—the bones of the house, the basic design, will work with you and not against you.”

If you’re in the market for a mid-century modern — or just dig great architecture — head over to Hilburg's website, email her at eh.river@verizon.net or give her a call at 914-772-5858