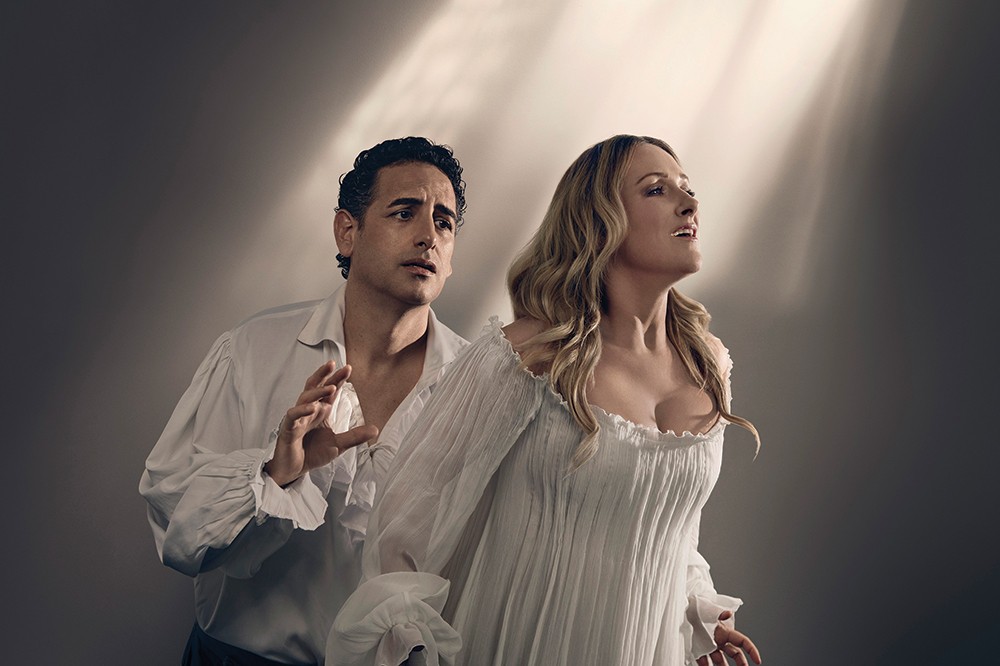 New York's Metropolitan Opera isn't the oldest classical music organization in America. But, with its massive symphonic orchestra, chorus, and children's choir, as well as numerous supporting and leading solo singers and regular freelance guest performers, it is America's largest and, arguably, its best known. The company was founded in 1880 by a breakaway group of nouveau riche industrialists/arts patrons that included members of the Vanderbilt, Morgan, and Roosevelt families, all of whom had found themselves shut out of the resentful, old-money scene at the already established Academy of Music.

The Metropolitan Opera—commonly known as the Met—opened the first Metropolitan Opera House, at 1411 Broadway, in 1883, which swiftly eclipsed its stuffy predecessor (the Academy closed in 1886). In 1966, the Met moved to its present, iconic Lincoln Center location, from where it began beaming high-definition live video broadcasts of its productions via satellite to select theaters and other venues around the world in 2006.

"We started carrying the live Saturday matinee broadcasts the first year they were available, and they've been really, really successful," says Linda Mussman, cofounder of Hudson multiarts venue Time & Space Limited (TSL), which also screens live events by the Bolshoi Ballet and National Theatre in HD. "Right away, the attendance was really good, and people have been coming from all over the area. A lot of them are people who've loved seeing the Met in New York but can't get down to the city as easily now. We get a lot of young people who have been curious about opera, because they screenings are so accessible. I think opera is the most democratic art form: If you can sing well enough, you've got the part. It doesn't matter what you look like."

"The broadcasts are shot using 13 cameras, with all of these amazing angles and closeups and backstage scenes—elements you'll never see even if you're in the audience at Lincoln Center," says Chris Silva, executive director of the Bardavon 1869 Opera House in Poughkeepsie, which likewise began streaming the Met's performances in 2006. "And since it's the Met, no expense is spared, in terms of the sets and costumes. It really is one of the best ways to see an opera."

The Metropolitan Opera's 2018-2019 season continues through May 10. The live broadcast schedule can vary, depending on the outlet. (See websites for more information.)