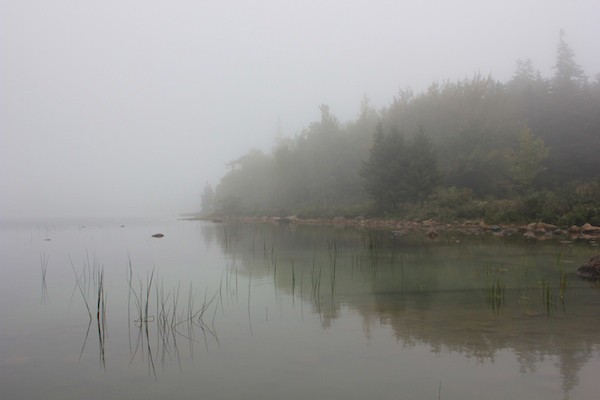 Mercury, which has been retrograde in Scorpio since Oct. 21, finally stations direct this Sunday, Nov. 10 at 4:12 pm EST. This means we’re entering the ‘storm’ phase now: the two or three days on either side of a Mercury station, when communication, travel and electronics can be especially problematic. Notice when you’re not fully focused on the task at hand.

Planets do not actually change directions—retrogrades are a trick of perception, giving the illusion of reverse movement relative to our position here on Earth. Astrologically, however, the days around a station carry some tension as Mercury, the fastest of planets, seems to slow down to a stop. It takes a while to pick up speed after its station; so should you through at least the beginning of next week.

Imagine a large ship throwing its engines in reverse to stop and back up (or vice versa): the water churns. With Mercury in Scorpio, a water sign, that churning could very well stir up all kinds of surprising insights from our darker depths. There is often a sense of ‘the truth comes out’ when Mercury stations direct—as though after a three-week journey of introspection, the planet representing our minds finally releases its discoveries into full consciousness.

Mercury’s retrograde in Scorpio has likely focused you on themes regarding your sexual history; the role of denial in your intimate life or in how you handle your resources (including but not limited to money); secrets regarding sex or death; and what factors determine when you do or do not communicate these things to your partner(s).

If you have not been tracking these themes in your life over the last couple weeks, consider taking a few moments to think back to spot any patterns or trends. Doing so might help you notice subtler “a-ha” moments during the station direct.

Eric has described Mercury stations as “bring[ing] out a layer of awareness or understanding that can feel like pulling back a curtain on the obvious.” That pretty much sums up coming out of denial, a theme of recent weeks.

Mercury will station direct in a trine (aspect of ease) to Neptune in Pisces. A Mercury-Neptune trine emphasizes creativity, psychic awareness, and a poetic but practical type of idealism. Sounds like whatever truth is revealed to you Sunday can be used toward inspired or visionary purposes; pay attention to your dreams over the next few days.

Finally, it is worth noting that Jupiter stationed retrograde in Cancer today—“trading places” with Mercury in a sense. Jupiter is the planet of expansion, and in Cancer, that quality is being applied to all things domestic and nurturing, and our emotions. Jupiter’s retrograde is long—lasting until March 6—so we’re in for a four-month review of how we’ve been handling the things and people we’re charged with nurturing and caring for, including our material success.

Jupiter stationing retrograde is a caution against getting stingy (with money and with intangibles) for the next few months. First, however, the Mercury storm: be focused and careful with financial transactions and emotionally charged communication over the next several days.