Mercury Breaks Free, And So Can You | Weekly | Hudson Valley | Chronogram Magazine

Mercury Breaks Free, And So Can You 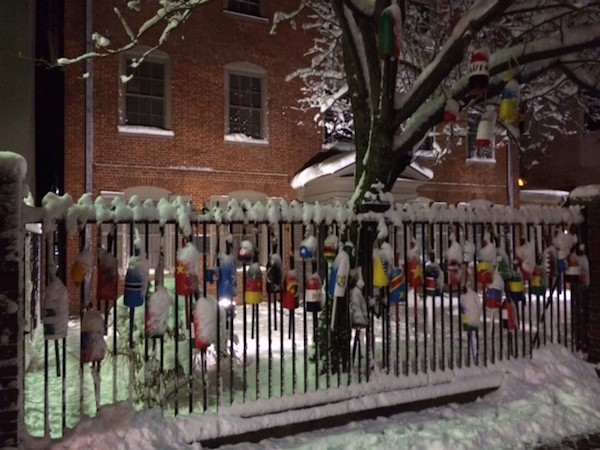 This weekend brings the moment you’ve (possibly) been waiting for. No, I’m not talking about Valentine’s Day (though you might be excited about that, too -- or not). Rather, this weekend Mercury finally breaks free, and maybe in some metaphorical way you can, too.
Saturday, Mercury leaves Capricorn and enters Aquarius (at 5:43 pm EST). Then on Sunday (Feb. 14), Mercury leaves the degrees of the zodiac where it was recently retrograde, entering fresh territory for the first time since Jan. 5.
I know; sometimes it feels like the only thing that happens in astrology is Mercury retrograde. Technically its last retrograde ended Jan. 25. But I’ve heard from a number of people for whom this post-retrograde ‘shadow’ or ‘echo’ phase has been tougher than the main event. If that sounds like you, take heart.
I suspect there’s something about Capricorn’s orientation to the past (thanks to Saturn) that made it easier to review insights from your personal history as you perceived them within the container (Saturn again) of the official retrograde weeks. Now that you’re trying to implement those insights and initiate something new, your ideas about ‘where you could go’ might still be bumping up against the old walls of ‘how things used to be’.
At least, that’s one possibility. Or maybe teasing out the solutions to problems you encountered is taking more ingenuity than you feel like you have at your fingertips. That could change soon.
The charts for Mercury’s ingress of Aquarius and the end of the shadow/echo phase both suggest to me a little extra freedom -- or, at least, an unusual absence of intensely direct mental influences. A brief breather, perhaps, since Mercury does not make any major aspects to major planets immediately upon entering Aquarius.
That’s not to say that nothing else is happening in the sky; the Moon will be traveling through impulsive, go-getter Aries from Thursday evening through Saturday morning, and then it will be in persistent-yet-leisurely Taurus until Monday morning. In each of those signs, the Moon will make a variety of aspects to many planets -- so you can expect a constantly shifting inner landscape, rather than camping out in any particular emotion.
But that’s true for the Moon most days, since it moves so quickly from sign to sign. Mercury, on the other hand, has been involved in some particularly attention-grabbing situations lately.
Additonally, the one co-existing aspect that jumped out at me in the chart for Mercury entering Aquarius is rather a pleasant one. Mars in Scorpio and retrograde Jupiter in Virgo will be exactly sextile each other Saturday.
This is one of those aspects that generally speaks of positive opportunities, good physical energy levels, sincerity, and a constructive approach to authority. That Jupiter is retrograde suggests you might take a more inward tack with the good mojo.
What does that mean, exactly? Well, in Mercury-ruled Virgo, I could see it taking shape as a much-needed pep-talk with yourself, if you’ve been struggling -- the kind of pep-talk that is oriented on a tangible plan of action. With Mars in watery Scorpio, we get the potential to open the flow into some generosity, devotion and empathy toward yourself (‘evolved’ Scorpio traits), and to go deep with it.
I like to think that an un-aspected Mercury in Aquarius is open-minded enough to ‘get it’ intellectually, in a way that sticks on some level. Aquarius allows Mercury (and therefore your mind, which it represents) to be steady, yet resourceful and intuitive. Like when you take a brisk walk on a crisp winter afternoon, and suddenly the angle of some tree branches in the sunlight, glimpsed through your frosty breath, suggest a workable solution to a problem you’ve been mulling over.
If you’ve been struggling, and especially if you’ve been down on yourself about it (or if you’re getting angsty about Valentine’s Day, or beginning to pile it with expectations), what might a fresh, crisp Aquarian mind show you this weekend? Most problems have creative, productive solutions to them; sometimes it just takes some fresh air to notice them.