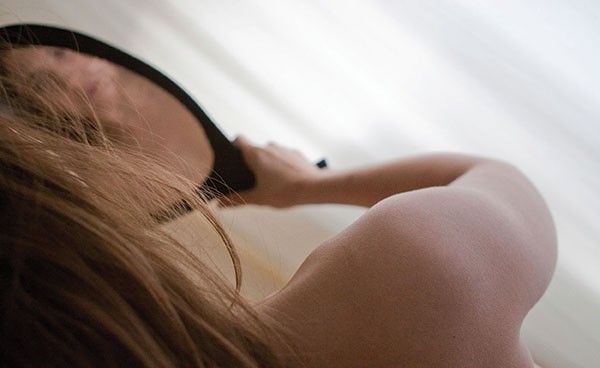 "My definition of learning is discovering that something is possible." —Fritz Perls

Mars retrograde began on April 17 in Sagittarius. In late May, Mars retrograded into Scorpio, bringing us to the heart of the matter of this rare transit. The retrograde ends in Scorpio on June 29.

Mars is the planet of desire. Desire is one of those elements at the core of the human emotional engine. It's true that religions and spiritual philosophies line up one after the next attempting to prove to people that desire is the worst thing in the world. Yet nobody would seek being happier, or seek knowledge, or crack open a book about Buddhism, if they didn't want something.

The deeper question of Mars is what you do with the propulsion that it offers. Do you resist? Do you deny, or feel guilt? Do you let it run wild and therefore run your life? Do you harness its power and put it to work for you?

We are now experiencing an even rarer event, Uranus conjunct the newly discovered planet Eris in Aries. We might be noticing this one, except that it's difficult for anything to get noticed these days. This happened last in early Aries in 1927 and 1928.

It's describing the chaos we're experiencing in society, and in our minds, that's coating the world in the haze and glaze of glamour and making many relevant things difficult to see. I could hardly think of two more potent factors to put together to create mental turmoil and confusion. We can take this on the level of toxic chaos, or fertile chaos. Fertile chaos requires applying awareness and discernment.

Uranus in Aries (2010-18) is the era of the smartphone and the selfie: of unmitigated self-obsession, and obsession with image. Pluto in Capricorn (2008-2024), a corresponding transit, is about equally unmitigated greed. Together these make up the Uranus-Pluto square (most potent effects from 2011-15). A few years back, we interviewed Martha Lang-Wescott about that aspect, which is still lurking in the background of everything we're experiencing.

"It sounds like this unbidden empty narcissism surging from the depths of Pluto and all of its psychological scars. People can get distracted by the twinkles and the erratic behavior of Uranus and overlook Pluto," she said. Pluto addresses deeper material and is a more urgently necessary agent of growth.

The erratic behavior Lang-Wescott is describing includes the conduct of various political movements which we are now seeing come to a head: The Tea Party has taken over the Republican Party in the person of Donald Trump. We might ask why Trump is so popular, and for a real answer we would then have to ask why abusive people, in general, are so popular among sensitive, educated people. What is that really about?

Uranus and its effects being more visible, it's serving to mask a whole layer of awareness. Lang-Wescott continued, "There is the show and the excitement of Uranus [in Aries], and then there's this underbelly of the concealed drives of Pluto [in Capricorn], such as greed. Uranus presents as the perfect distraction—all this technology stuff—when Pluto is often acting invisibly. There's also the attraction to the dangerous element of Pluto charisma"—for example, why people might be attracted to Donald Trump as a candidate.

The Uranus-Pluto square is now separating, and a new aspect has emerged: Uranus conjunct Eris in Aries. The two are part of the same pattern, and now Uranus-Eris is being emphasized. It's pushing the glam thing to its very pinnacle. Everyone is a rock star on Instagram. We are supposed to overlook not only that it's meaningless but also where that energy could be better spent.

For its part, Eris in Aries is a massive identity crisis. It can barely bring itself to ask the question "Who am I?" because it makes the question seem unanswerable, or perhaps invisible. No matter how many versions of your business card you make, or how many online profiles you post, the question does not answer itself.

The thing to remember is that it's a hypothetical question with a fictional answer. While we may possess some supreme identity, and seek access to some set of "original instructions," identity on this plane of reality is a kind of fictional entity.

Yet it can become useful once you express identity as purpose, and as you integrate all the many facets and fragments of yourself into one core idea of who you are. Much of what we call healing involves doing precisely this.