The startling news of a Pieter Vanderlyn painting discovered hanging over a fireplace in Falmouth, Massachusetts, and auctioned for $1.1 million in May brought attention to a local artistic dynasty. The subject of the portrait is believed to be Anna Brodhead Oliver of Kingston, possibly celebrating her wedding of 1739. Leigh Keno, Manhattan antiquarian and star of “Antiques Road Show” on PBS, made the discovery.

Or is it a Vanderlyn? The painting is unsigned, and attributed to the “Gansevoort Limner.” But is the Gansevoort Limner Pieter Vanderlyn? The National Gallery says so, but others are uncertain. Vanderlyn was born in Holland in 1687 and came to America by way of the West Indies in 1718. He settled in the Hudson Valley and became a land speculator. Also, he was an amateur painter. (“Limner” suggests that the artist lacked formal training. “Gansevoort” refers to a celebrated portrait of Harme Gansevoort.) Pieter Vanderlyn died at the age of 91 in Shawangunk.

His grandson, John Vanderlyn (1775-1852), went on to greater artistic glory—partly due to a talent for attracting patrons. As a youth, John worked in an art store in Manhattan, where he met the great painter Gilbert Stuart, who gave him lessons. Aaron Burr took the young artist under his wing, paying for him to study in France. Vanderlyn was the first American to attend the École des Beaux-Arts in Paris, in 1798. The artist remained in Paris until 1815, painting portraits of visiting Americans, including James Monroe, who remembered Vanderlyn when he became president. During Monroe’s administration, the portraitist set up a studio in the East Room of the White House, and began churning out images of Washington notables.

Perhaps Vanderlyn’s greatest achievement was a panorama—360° painting—of the Palace of Versailles, installed in a rotunda in New York City, where the World Trade Center once stood. The artist painted the work in a barn at the Rondout in Kingston, using a mockup of the final circular shape. After Vanderlyn’s death, the panels were stored in the attic of a bank in Kingston, and eventually forgotten. A campaign in the 1940s raised money to install the panorama at the Metropolitan Museum, where it now stands.

Within the panorama, Vanderlyn shows himself, speaking to a man whose head is turned—quite possibly his friend Robert Fulton, who had recently died in a boating accident. Also, Vanderlyn used Kingstonians as models for elegant Frenchmen loitering near the Palace of Versailles.

This family’s artistic legacy continued with John Vanderlyn Jr. (1805-1876), who was, strangely, the nephew of the childless artist. Posthumous recognition will be extended to the entire family in “Appraising Art, Re-Appraising Vanderlyn,” a forum at the Senate House in Kingston on October 23. The event also marks the inauguration of the Vanderlyn Catalogue Raisonné Project, the first complete accounting of works by this aesthetic clan. Leigh Keno will narrate his tale of finding the million-dollar Vanderlyn portrait, and other experts will speak.

“Appraising Art, Re-Appraising Vanderlyn,” a forum on the works of the Vanderlyn family, will be at the Senate House State Historic Site, 296 Fair Street, Kingston, on October 23, 10am-4:30pm. A party with period chamber music, wine, and hors d’oeuvres will follow the day’s events. (845) 338-2786. 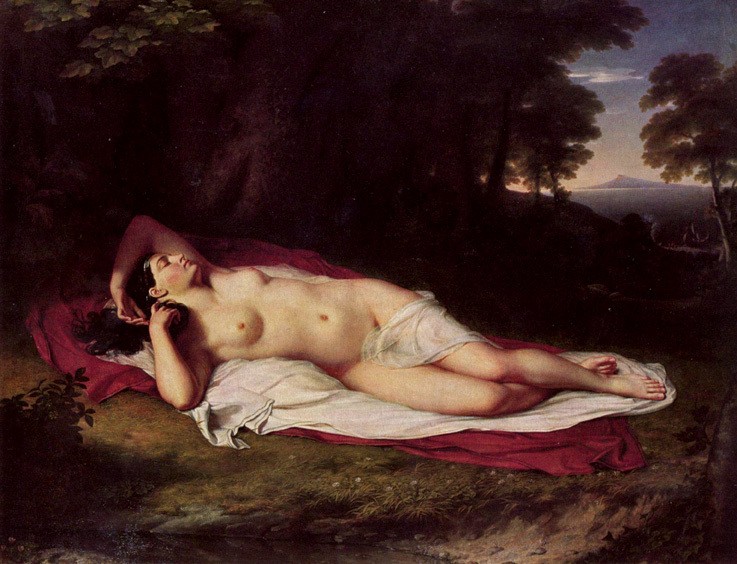