Not so long ago Indian cuisine in the US was typecast: buffet fare with a particular range of flavors. In the last few years, talented chefs have been bringing the real thing. You can even quick-prep the real thing in your own kitchen thanks to Maya Kaimal Foods, about to expand their selection of sauces and dal by adding rice dishes with signature South Indian flair.

Maya Kaimal grew up savoring the bright, fresh cuisine of her father’s home state of Kerala on the tropical Malabar Coast. “Kerala has the perfect climate for growing spices,” she says. “The food is coconut- and seafood-based, very different from the flatbreads and chicken Tandoori of northern India. We’d get home and Dad would get excited about recreating the dishes—he was an atmospheric physicist who loved cracking recipe codes on weekends.”

Friends tasting her father’s well-developed recipes were typically amazed. “People would say, ‘Wow! I didn’t know this was Indian food!' So I decided there was a cookbook in it." In 1996, the book, cleverly named Curried Favors, won the International Association of Culinary Professionals' Julia Child Best First Book Award. "She gave the award to me in person, this woman who was a force of nature for every type of delicious. That boosted my confidence that people were ready for a wider conversation,” Kaimal says.
"We’d get home and Dad would get excited about recreating the dishes—he was an atmospheric physicist who loved cracking recipe codes on weekends." —Maya Kaimal tweet this

The first three simmer sauces Kaimal produced for the retail grocery market in 2003 were an immediate hit in a friend's chain of Manhattan food stores. Production needed to ramp up. “I clicked with an amazing Austrian chef who was making pestos and things in Saugerties, Wolfgang Brandl, and he helped me scale up to his 500-gallon pots, and the stores he sold to started carrying us too.”
Life was a tad hectic for a bit, as Kaimal commuted between Brooklyn and Saugerties while expecting twins. The couple relocated their twin girls and growing enterprise from Brooklyn to Woodstock a few months into parenting and ultimately to Rhinebeck (read our profile on Kaimal's remodeled Rhinebeck Victorian).

The twins are now happy teens. And Kaimal's brainchildren—the sauces—are now available in shelf-stable format and produced on the West Coast "with small-batch sensibilities," says Kaimal. The line of fine Indian foods have become widely loved by home chefs— you’ll find them at Costco, Hannaford, ShopRite, Adams Fairacre Farms, Sunflower, and many more. 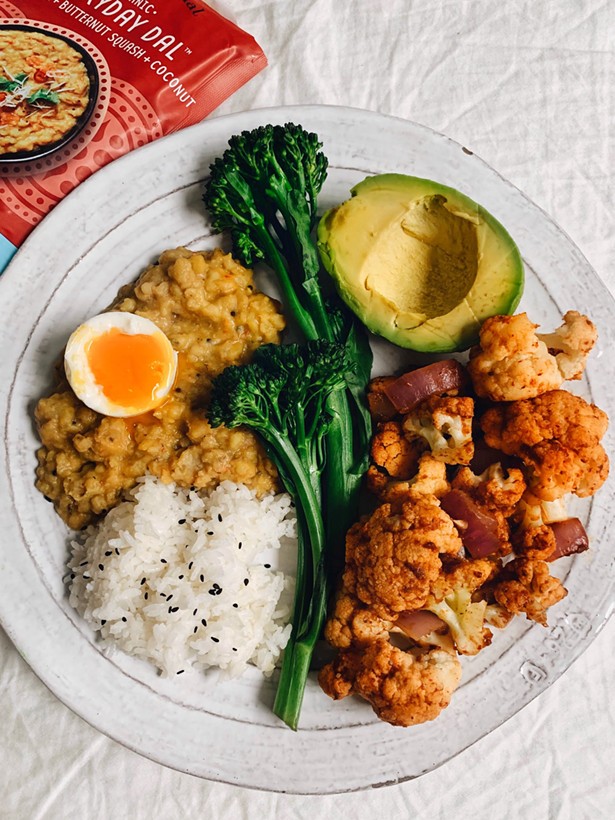 “The sauces make a base for so many dishes,” Kaimal says. “Open the jar, add any main ingredient, simmer 15 minutes, and have a meal that tastes like you spent hours in the kitchen.” The selection has grown from three varieties to 10, and now includes the Everyday Dal line of lentil and bean dishes, soon to be accompanied by South Indian style rice.

“This is an ancient cuisine with spices that are both flavorful and functional," she says. "It exists outside of trends. The recipes and techniques are delicious and thoughtful, made for people who relish food . And behind the dishes, there’s still the mission of helping people appreciate these amazing flavors and changing the way the rest of the world thinks about Indian food.” 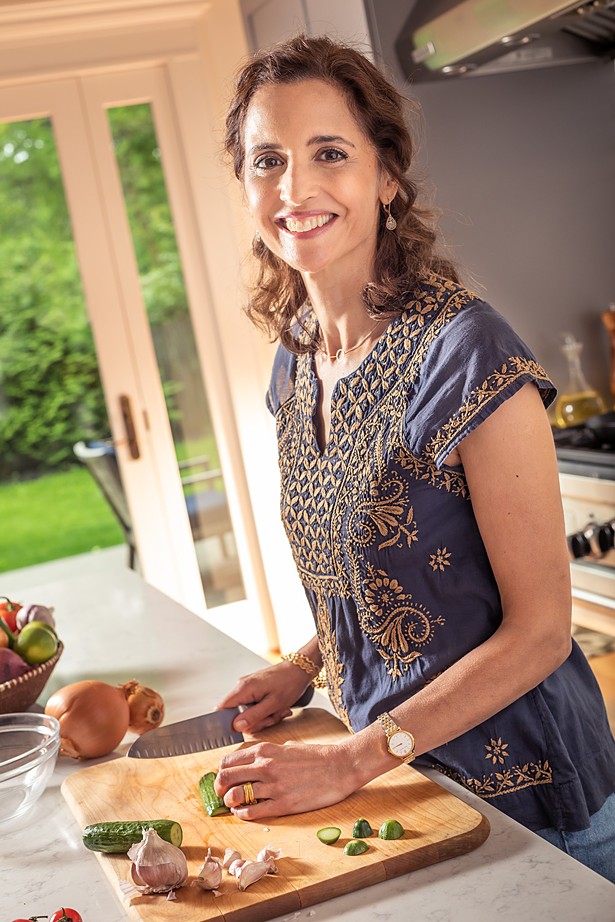