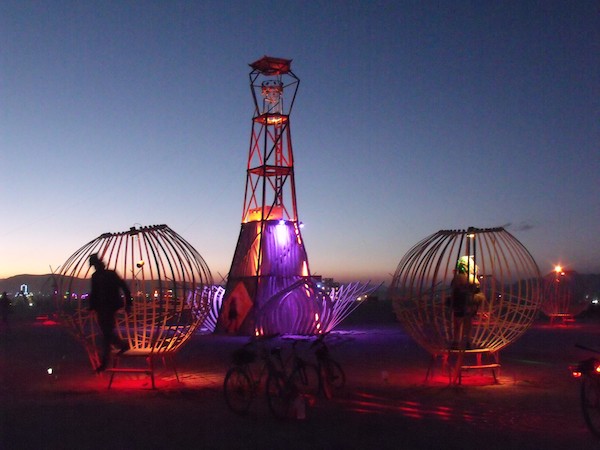 In times of great stress or uncertainty, such as in our current cultural environment, people often cling even tighter to what feels familiar, sure or secure. Even if doing so causes more stress, tension and feelings of insecurity or doubt than before. It can be incredibly difficult to trust the universe -- even when you say that's what you want to do.

Perhaps that's because when we say, "trust the universe," what we often mean is, "trust myself." But there are countless ways people grow up being told that they can't or shouldn't trust themselves.

You might have gotten the message as a child from an early caregiver that you can't trust your preferences and desires (because they were 'different'). Maybe when you started making friends or dating, painful experiences told you that you shouldn't trust your judgment of others' character. Possibly you've lived so well within the confines of "what everybody else does and thinks" that you simply have never tested that boundary to learn how to trust your creativity.

Yet every once in a while there comes a time when, no matter how contrary it is to your usual desires, habits, sense of security, or priorities, you feel yourself drawn to making a different choice. When that happens amid other pressures or a lack of clarity, or when the world around you seems to be going to shit, trusting that new inclination might not make much sense on the surface.

Astrology, however, is concerned with much more than just the surface or "the usual." We use it to see meaning amidst the chaos, to learn how to trust the universe by learning to trust ourselves—no matter what kind of pressure and uncertainty we face on the outside, no matter how we surprise ourselves on the inside. I'm not sure anyone ever perfects this; it's an ongoing learning curve for most people.

Between now and the weekend, you'll get a chance to practice.

In addition to the general global and local forms of political and cultural chaos, it's possible you're feeling some inner or interpersonal tension. Astrology that reflects this includes Mars in Gemini, which is in a challenging T-square aspect with two centaur planets. Mars is opposite Pholus in Sagittarius, and both are square Chiron in Pisces (all of which is exact Friday).

If you have been feeling mentally and physically motivated (or scattered), or like you're only skimming the surface of several things you'd like to pursue, Pholus could represent some seemingly small yet long-held belief, suddenly standing in front of you writ large. It could be that this belief has outlived its usefulness, or that it's about to. Perhaps you're having to confront where you find yourself now, due to this "minor" belief that has actually shaped your entire philosophy of life.

Is there a way to negotiate between those two sides of the equation? Can you give your Martian motivation your attention and also take into full account the consequences of the "runaway belief"—and find a way to integrate them? This setup is not about choosing one over the other; it's about harnessing the power of both to find a solution that's more than the sum of its parts.

Now let's bring Chiron in Pisces into the equation. Square Mars and Pholus, the tension it's producing is even more internal. Chiron may indicate the place where that trust in yourself/the universe was wounded. That's another way of saying the way in which you lost faith in your creativity, or in your ability and divine right to create your life.

Chiron is working deep, but clearly wants you to notice something—like thinking that you have to choose between your mind and your intuition, or between trusting what others say or do and trusting your own belief in yourself.

So how do you heal that trust—or, at least, take a step or two in that direction?

Mars may be the "action planet," but for the answer it seems we need to look to Venus. Venus is in late Aries, and on Saturday it makes a conjunction to Uranus—and both trine the Galactic Core in Sagittarius.

A Venus-Uranus conjunction can caution about being overly self-willed, reckless with relationships or careless with finances in some contexts. Yet this aspect also has tremendous creative potential.

Venus conjunct Uranus in Aries is that force urging you to step out of your comfort zone and try something new. Seek new experiences in love and creativity—knowing full well that since Uranus is unpredictable, you won't be able to predict the outcome.

And that is okay. You do your best to make wise decisions, knowing that your soul's passion, your healing needs and your willingness to see what happens if are not about "predictable." I guess that's partly what makes life so scary for so many people.

This is the astrology of experimentation with a purpose. And while that purpose might take the background while your passion and individuality and curiosity take the foreground for a moment, reclaiming your trust in the universe—and in yourself—looks like part of the package. The Galactic Core, vast and unknowable, is harmonizing in full support with your experiment. Even if the results are not what you thought they might be, they may very well help you along your path.