The story of building a home and a community

[THE EDITORS OF CHRONOGRAM CHOSE TO PROFILE THIS HOUSE AND HOMEOWNER. THE FEATURED HOME IS NOT FOR SALE.]

Marko Shuhan built his home in Accord on his own; now, take a look into the timber frame house's ins-and-outs.

It all started with a chainsaw. Artist Marko Shuhan was working at a tie-dye shop in Rosendale when a coworker gifted him a book he'd picked up at a yard sale. The book was Chainsaw Milling, and along with the present the friend offered a simple, offhand suggestion: "You could do this." Marko was intrigued. With his wife, Motria, he had already built a house: The first FirstDay Cottage kit home to be erected in the Hudson Valley, on six secluded, wild acres they had bought in the '90s. FirstDay Cottage houses are designed to be built by almost anyone, and the couple had handily mastered a two-story, two-bedroom, single-bath home in under a year. However, with two young sons growing up as fast as saplings, they realized they'd eventually require a bit more than the house's original 1,200 square feet of space, so they'd been thinking about some sort of addition.

Marko admits to being an ambitious guy: "I like to conquer things," he explains. So, when another friend, the local contractor Charles Blumstein, came by to help with some repairs, the two men got to talking. That's when Blumstein made his own suggestion: Marko should build his own timber-frame house. Blumstein even drew out some plans on a napkin. Marko says he knew the process would be hard, but he wanted to heed the call to adventure that DIY timber framing promised because the experience would be "really cool. And it was," he adds, "but it was also 20 times harder than I ever imagined." 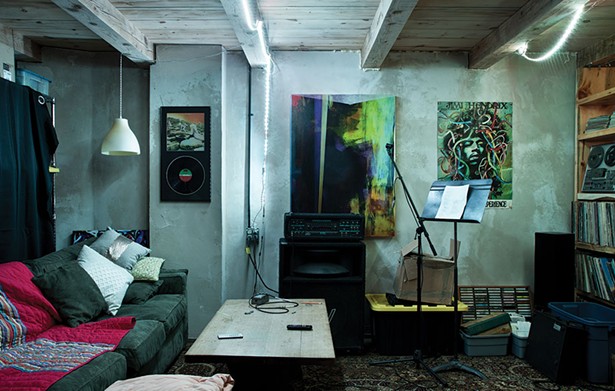 In 2002 Marko bought an Alaskan mill tool. With two rails attached to the bar of the small chainsaw blade, it allowed a solo woodworker to trek into the woods, or set up in the backyard, and cut entire tree trunks down to size. The first logs Marko milled came from a property on Pine Tree Lane off Route 209, where friends were building another FirstDay cottage. Through trial and error, and with the determination of a budding craftsman, Marko learned to make level cuts, measure right edges, and miter corners. Eventually, he transformed that original donation of hemlock into 40 planks and himself into a bona fide sawyer. "I milled the first few beams and I just fell in love with the process," he remembers.

That was the beginning of Marko's 15-year odyssey and rite of passage—as interesting as it was difficult—which eventually resulted in an expanded, 1,600-square-foot, barn-style home with an elegant, earthy aesthetic, built from a mosaic of hardwoods and hard work, all of it bound together by 10-inch oak pegs, mortise, tenon, and community ties. "Every plank has its story," he says. And he remembers each one.

The DIY instinct for home building runs in Marko and Motria Shuhan's bloodstreams. Both children of Ukrainian immigrants who came to New York in the aftermath of World War II, the couple spent their childhood summers in a tightly knit Ukrainian community in Sullivan County. "Our parents knew each other before we were born," Motria explains. "They held onto their connections very tightly. Preserving their native language and culture and their strong community ties was imperative because it was being annihilated back home." 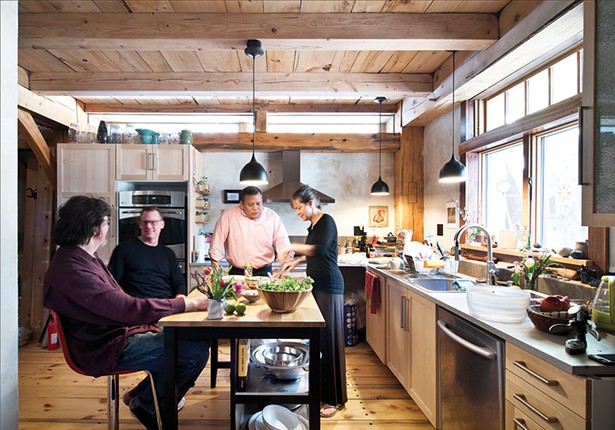 The community's proclivity to rely on each other for shelter extended beyond the spiritual and emotional senses to include the creation of actual physical shelters as well. "They were a community of people who helped each other build their homes," Marko says. As each family's home went up, they would stay with their neighbors during construction and then help others out in turn.

Market Watch: At Long Last, Accord Gets a Grocery Store

How to Spend A Stellar Weekend in Bucolic Accord