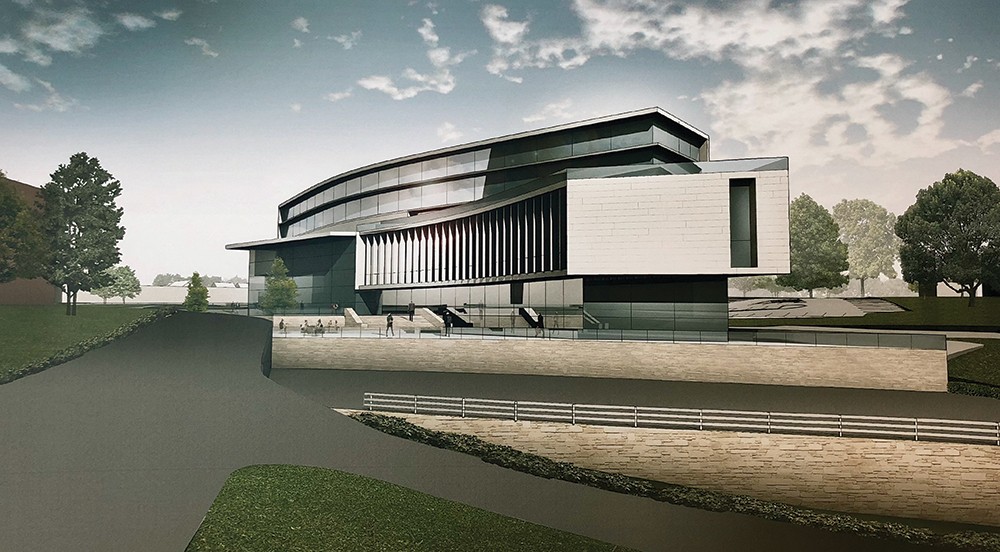 The search for faculty is under way, a site adjacent to Vassar Hospital has been chosen for a dedicated building, and the first class of future physicians to be minted in the Hudson Valley are expected to begin their studies in 2022 at the Marist Health Quest School of Medicine. The collaboration will address a nationwide need: It's predicted that the US will face a deficit of as many as 121,300 doctors by 2030. Regionally, a 2009 SUNY Albany study identified the Hudson Valley as likely to experience the second-worst shortage in the state, behind New York City.

The planned medical school will feature a state-of-the-art, 100,000-square-foot facility adjacent to the Vassar Brothers Medical Center campus, expected to cost $70 to $80 million; special purpose facilities at Marist; and a faculty of about 100. The class matriculating in 2022 is expected to number 60, with capacity doubling to 120 by 2028; by that time, between students, residents, and faculty, the school is expected to add about 1,000 people to the region's population. Studies show that 20 to 25 percent of new doctors set up shop and practice in the region where they train.

There are currently only 151 schools in the US granting MD degrees; the nearest are in Westchester and Albany. (Touro College in Middletown, opened in 2014, awards a Doctor of Osteopathy degree.) In the 1970s, the conventional wisdom predicted that there would be too many doctors graduating, which put a damper on the creation of new medical schools and has now left the field scrambling to catch up.

Dr. Glenn Loomis, Health Quest's chief medical operations officer and president of Health Quest Medical Practice, says that the ability to grow a fresh, local crop of physicians will be a major boon. "We have had a hard time recruiting locally, which increased the appeal of a build-your-own approach," he says. "And it adds pizzazz, having a medical school. You can attract people who are interested in teaching and research; it helps you get and keep all sorts of resources." The estimated economic impact on the mid-Hudson region over 10 years, including construction, payroll, operational and capital spending and multipliers, is a cool $500 million.


"From the Marist standpoint, it's a natural progression," says college president David Yellen. "We have moved into health sciences, especially in the last two years. We introduced a Masters Physician Assistant program in 2016; the first group graduated six months ago. We just launched a doctorate in physical therapy. Health Quest initially approached us about this in 2016, two weeks into my presidency of the college, and since then it's been two years of an incredibly complex and detailed discussion."

Nearly a Decade of Training

Medical school is a four-year graduate program that focuses increasingly on hands-on clinical training, especially in years three and four, when students serve clinical rotations assisting residents in various specialties at the school's affiliated hospitals. After that, holders of the MD degree must spend from three to seven years in supervised residencies, polishing their skills in their chosen area of practice before taking licensing exams. (Admission to residency, like admission to medical school, is highly competitive; some believe this to be the worst bottleneck in the medical education pipeline.) Some doctors add a fellowship, leading to specialized board certification. The process of becoming a doctor can easily go on for a decade after college.


Health Quest, which announced last spring that it's merging with Western Connecticut Health Systems, will have seven hospitals to welcome students on rotation and will be offering 225 residencies and 25 fellowships in nine different specialties in 2020: general surgery, internal medicine, psychiatry, emergency medicine, obstetrics and gynecology, anaesthesia, orthopedics, and family medicine.

Everyone involved is excited about applying Marist's advanced learning management systems and artificial and augmented intelligence programs to a curriculum that can barely stay abreast of the knowledge it needs to convey. "One of the problems in health care education is that we're often teaching as we were taught, not pushing forward toward where things are headed," says Loomis. "We're always behind unless we're looking ahead. What are the technologies, what are electronic medical records [EMR] going to look like, what effect is AI going to have on medicine and medical education? We think it can have a large effect on some of what drives us crazy right now, and we hope to get some R&D going on some of that tech. Right now, doctors spend too much time on mundane forms and documentation. We stare at computer screens when we should be face-to-face with patients, and that's wrong. The buzz phrase, the big need, is to use technology to restore humanity, and we want to be helping to lead that."


The building is still pending municipal approval, but no one is worried about that. "When we made the announcement, we were all excited, but I think the mayor of Poughkeepsie [Rob Rolison] might have been the most excited person in the room," says Marist Vice President Geoff Brackett. "This really will have a transformative impact on the community. From the student side, the demand is such that there are 10 times as many applicants as positions. And medicine is just beginning to be transformed by technology: EMR, cognitive computing, AI in diagnosis, and treatment. The physicians of the future will be using these in fundamental ways; graduates will be entering a landscape that's been transformed since they started their studies. We'll be able to build this in and account for it from the ground up." The curriculum will face its own approval process, from the Liaison Committee on Medical Education, the New York State Education Department and the Middle States Commission on Higher Education, in 2021.

"The school's not a money maker in and of itself for either institution," says Loomis, "but both boards are people from the community and very staunchly behind this plan." (One person, businessman and philanthropist Rob Dyson, serves on both boards; a new joint board of overseers is being formed to manage operations, budget, and strategic planning.) "They know, and we know, that the benefit for all of us will be far-reaching and extend far beyond the bottom line."