And Hudson Will House Her Remains 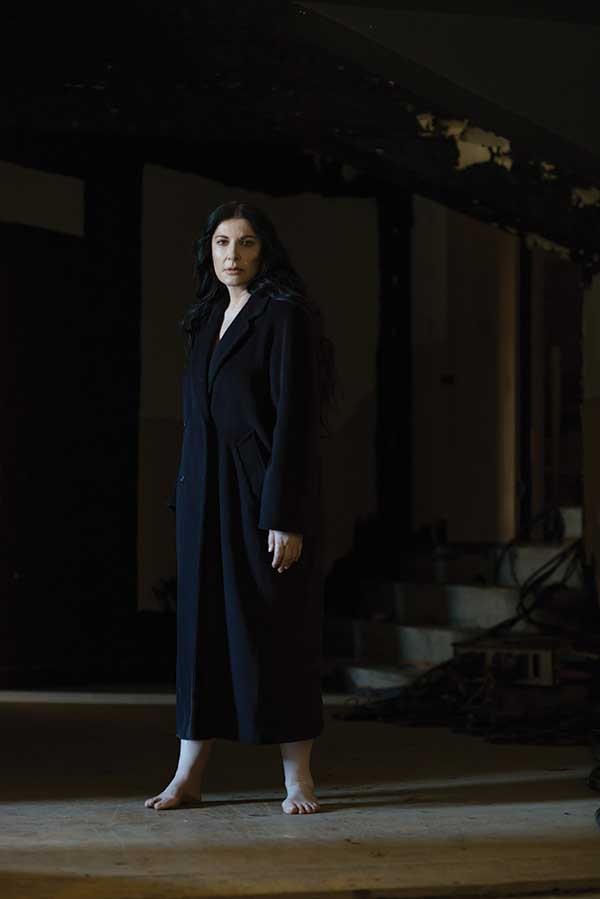 Marina Abramovic is dying. No faster than the rest of us, but eventually the 66-year-old, undisputed, international queen mother of performance art will die.

In preparation, she's erecting a temple, here in Hudson, which she hopes will help her live forever. A monument to her method for creating long-duration ephemeral performances, the Marina Abramovic Institute will train both artists and audiences in how to experience her kind of performance.

Though she has had a long and celebrated career, the Yugoslavian-born Abramovic brought performance art as close to popular culture as it has ever come during her 2010 career retrospective at the Museum of Modern Art. During, "The Artist Is Present," she sat at a table in the main gallery for three months, as thousands of visitors waited in line for a chance to sit across from her and absorb her eye contact. It is said that her gaze contains an unnatural intensity, one that brought numerous attendees to tears.

With the retrospective over, Abramovic has now turned her eyes to the Hudson Valley and the strange legacy she plans to leave with us. In 2005 Abramovic bought a cavernous old brick building in the pleasantly art-saturated river city of Hudson. The old community tennis building lay dormant for some time, until 2012, when Abramovic announced the plans for the institute, to be designed and renovated by rock-star architectural firm OMI.

Since, local residents have grown ever more skeptical of her plans, especially as specific operational details have emerged. 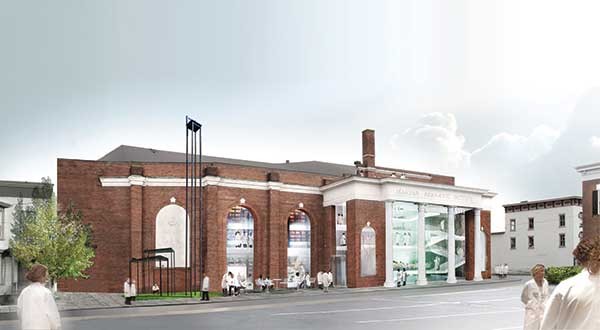 Performances will last no less than six hours. A visitor will have to sign a contract, bound by their word to stay the duration. They will be given a lab coat and trained in how to be an art recipient. They will lie over crystals and relax for performances in designer wheelchairs. The audience will be observed themselves, from a second viewing level, and if they fall asleep during the performances they will be wheeled away to a designated sleeping area.

Hudsonians have continued to wonder if she can deliver on her multimillion-dollar promises and what terrors might befall the city if she succeeds. They may know the answers sooner than later, as she has raised over $600,000 via Kickstarter in phase one of the fundraising campaign for the MAI.

I met Abramovic at her six-pointed-star-shaped home in the northeast corner of Columbia County in early May. My visit had been forgotten in a heavily scheduled day of telephone interviews promoting the operatic stage play about her life, "The Life and Death of Marina Abramovic," starring herself and Willem Defoe at the Luminato Festival in Toronto. She had also slept in, she had guests, and the photographer Annie Leibovitz had spent the whole afternoon at the house the day before, dragging Abramovic through the woods and a freezing stream to shoot photos for a planned book on the Hudson Valley.

Abramovic ran down the spiral staircase breathlessly in a black robe, her hair in a white towel. "I'm so sorry," she said, holding her robe together. "My life is crazy, everything is crazy." She ran back upstairs to dress and I sat on the least uncomfortable of her low, color-form furniture and chatted with Serge Le Borgne, Abramovic's longtime galleriest and the new director of the MAI.

A half hour later, Abramovic reemerged and splashed down on the couch dressed in black, with a white undershirt. Her black hair now dry, she smelled of freshly applied makeup.

Marina Abramovic: The problem is, I'm doing this big piece in Toronto and I have to do interviews every half hour. I have no time in my life.
[To Serge:] Give me some nuts, can you please? I'm so tired.

Chronogram: Are you okay?
MA: No I'm not, I'm just working. Did you get coffee, tea—anything?

C: I had coffee on the way here.
MA: No, I mean here in this house? [To Serge:] Can you give him something, please? He's been working too, and it's not good. Yesterday I was shooting all these things."