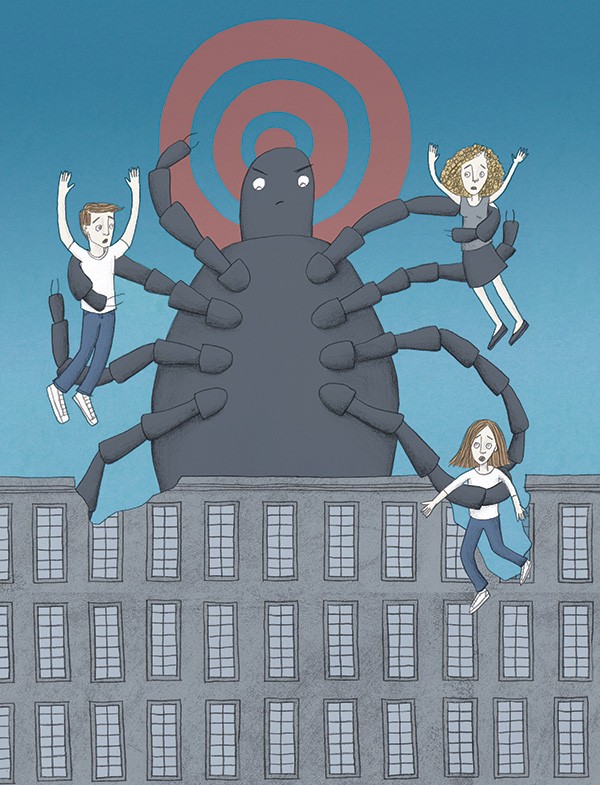 When Dr. Richard Horowitz talks about Lyme disease, the words come tumbling out with a fiery urgency. It's an urgency pent up from 25 years of working in the trenches with chronically ill people suffering from a dizzying array of symptoms. A practice in Hyde Park, in the heart of New York deer-tick country, gives Horowitz what he calls a "bull's-eye view" of an epidemic. He's the doc that "The Today Show" calls when they need an expert to expound on Lyme—and the one that the weak and the pain-wracked come to find when they can't get relief anywhere else. Here, Horowitz talks about his new book, Why Can't I Get Better: Solving the Mystery of Lyme & Chronic Disease (St. Martin's, 2013)—and lessons gleaned from treating over 12,000 patients to date.

How did your work with Lyme disease patients turn into a book about treating not just Lyme, but also all manner of chronic illnesses?
What people need to realize first is that Lyme is the number one spreading vector-borne epidemic worldwide. I estimate that we have two or three million cases per year in the United States, and that number is going to keep growing. But it's not just a local disease—it's global. In China, they say that 6 percent of the population has Lyme disease: That's 78 million people [with Lyme] on the other side of the world. Next, we need to recognize that Lyme is a disease on its own, but it's also mimicking a host of other diseases. The majority of people who come to see me who've not had a diagnosis of Lyme have been diagnosed with chronic fatigue syndrome, fibromyalgia, early dementia, or autoimmune diseases like rheumatoid arthritis, lupus, and multiple sclerosis, with Lyme at the base of why they're sick. Lyme is the great imitator of all these chronic diseases. People might be surprised to learn that 75 percent of our health-care costs and deaths in the United States are due to chronic disease—but our health-care system doesn't have a chronic disease model. I'm presenting one with this book.

There's a lot of controversy in the medical field today over whether or not Lyme is a chronic disease.
The medical establishment is now debating: Is Lyme a persistent infection or not? Several recent studies suggest that it can be persistent—and my own clinical experience confirms that finding. Yet with any new disease, there's always going to be controversy. Right now with Lyme it's two groups of doctors—those with the Infectious Diseases Society of America (IDSA) and those with the International Lyme and Associated Diseases Society (ILADS). IDSA says that the blood tests for Lyme are reliable and that it's easy to diagnose, easy to cure. ILADS, of which I am a founding member, says the tests are not reliable, and it's not easy to cure—and not just because of Lyme disease but because of all these other tick-borne infections that are also getting into the body. The patients who come to see me haven't just been infected by Borrelia burgdorferi, the spirochetal bacteria that causes Lyme. They've often been infected as well by co-infections that can be bacterial, viral, or parasitic. When Lyme gets together with these other co-infections, it behaves very differently. So rather than "chronic Lyme," I prefer to use the term MSIDS—or Multiple Systemic Infectious Disease Syndrome. For Lyme patients with chronic symptoms, "Lyme-MSIDS" is more appropriate, because it's not always just Lyme that is causing these symptoms.

If Lyme is the great imitator, mimicking dozens of other disease pathways, then how do you know you have Lyme and not something else?
There's a constellation of symptoms that you see very often with Lyme disease: fatigue, stiff neck, headache, joint pain, nerve symptoms like tingling or numbness, sleep problems, memory problems or brain fog, and mood disorders like depression and anxiety. You might see cardiac symptoms like chest pain and rapid palpitations. In kids it's known to cause gastrointestinal symptoms, mood disorders, problems in school like attention deficit disorder (ADD), and cognitive difficulties. A host of people will get neurological symptoms like dizziness, light sensitivity, sound sensitivity. It causes every psychiatric manifestation you can imagine, including schizophrenia, obsessive compulsive disorder, Turret's syndrome, depression, anxiety—all of these have been described in the medical literature by Lyme disease.

Misdiagnoses happen, but there are certain signs that it's Lyme. One sign is that you'll have good and bad days—the symptoms will come and go. Also, you can get symptoms that migrate around the body—the muscle pain and joint pain. We don't usually see migratory joint pain with chronic fatigue, fibromyalgia, and rheumatoid arthritis. The third point is that you may have nerve symptoms like tingling, numbness, or burning that tend to come and go, or move around the body. In women, symptoms will get worse around their menstrual cycle. Another sign is that when you take antibiotics the symptoms go away, but then the symptoms come back when the antibiotics are over. Or vice versa: You get worse on the antibiotics as the spirochetes are dying off. These are the classic signs. The last point is, you've done a blood test, and if you have any one of five bands on the Western blot, then bingo! You've been exposed to Lyme. People look for the bull's-eye rash, or erythema migrans (EM) rash, but half of the people don't get a rash at all, and sometimes the rash doesn't look like a bull's-eye. Maybe 15 percent of people get a bull's-eye rash.