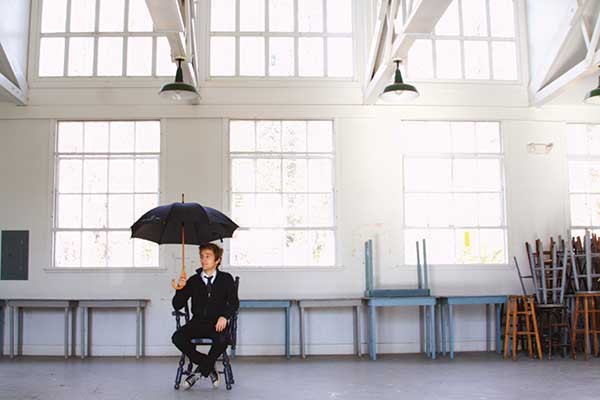 By the time he was in his teens, Lucas Handwerker was already outgrowing sleight of hand. "I was always wanting to get outside of everyday reality," Handwerker says. "But magic trick stuff lost its appeal. It's basically lying to people. I stopped performing 'tricks' and started studying hypnotism—typical party trick hypnotism at first."

As a senior at Woodstock Day School, he delved into applied hypnosis and produced a 20-page thesis on its history, learning about its use as an alternative anesthetic, an aid to stamina and creativity, and a means of helping people to transcend their limitations.

A friend asked Lucas whether hypnosis could help him ace a coming test, and the two tried a memory technique that had apparently incredible results. "He thought I must be messing with him; meanwhile, I thought he was messing with me," Handwerker recalls. "A week later he called me and told me he'd used the same technique, hypnotized himself, and scored in the high 90s. I started to realize there was something to this."

Delving more deeply into applied hypnosis and branching out into neuro-linguistic programming techniques and psychological persuasion, he found his performance style evolving into a deeply interactive experience. "I'm more of a facilitator than a performer," he says of the Modern Mystery evenings he presents. "More and more, I try to take the ego out of the equation. I don't claim any special powers and I don't do 'tricks,' as such. There's a whole campy world of that out there that has nothing to do with what I'm doing."

What Handwerker does do is lead his audience down corridors in their own minds that they may not have realized existed, in an experience that's been compared to a 19th-century parlor performance—an elegantly presented "symphony of wonders" utterly lacking in hokum. "What I do is more about the audience than it is about me," he says. "I use the techniques I've studied to bring out what the mind can do—to get people to the point where they are aware of their own untapped potential to memorize, to conquer their fears, to read each other's minds using tiny cues."

The more this 19-year-old gives it away, shifting the spotlight to his guests' previously unsuspected capabilities, the more he seems to charm. "Enthralling," "inspiring," and "Dopest show I have seen in a long time...just plain messes with your mind," are a few of the remarks left in his online guestbook from those who've been there.

"It's a little different every time, and every last thing may not even work every single time," Handwerker says candidly. "But people are mostly very engaged and welcoming—in four years I've never had a heckler. I think being genuine about what it is and isn't helps. What it is can be hard to describe, but my goal is to plant a seed, so that people leave with a powerfully expanded awareness of their own capability. They don't need me, they don't need experts—they've got all the tools to use their intuition, their memory. I want people to go home knowing their own mental strength."

Lucas Handwerker is the opening act of Paul Green's star-studded presentation of the music of "Jesus Christ Superstar," a benefit the Woodstock Day School, at the Bearsville Theater on February 9 and 10. On February 22, he'll present his latest incarnation of modern mystery, "The Process," as a headliner at the Kleinert/James Arts Center. Get tickets in advance—Handwerker prefers an intimate audience—and prepare to have your mind blown.