A Testing Ground for a New Model of Community Engagement 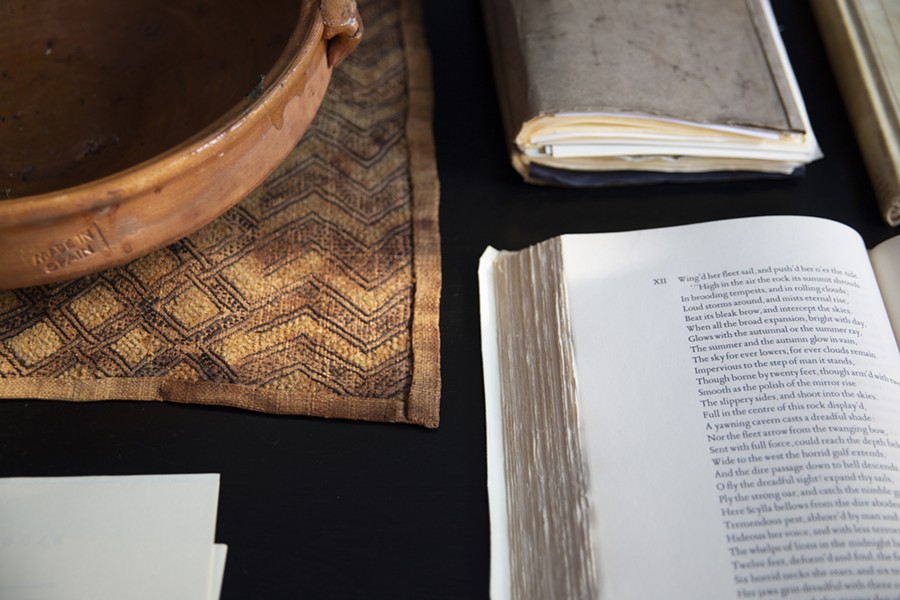 I’ve spent little time in Newburgh—in fact, I can only remember coming to the riverside city once before—a quick stop to pick up beer at the Newburgh Brewing Company before continuing on to somewhere else. This time, I drive under an iridescent bridge, past a cafe called Blacc Vanilla, which I make a mental note to check out on the way back. As I drive I take in block after block of urban decay, the backlash of industrial decline—crumbling townhouses, empty factories, poorly paved roads, and overgrown lawns. It’s stock American imagery in 2018 — the sight of a town ravaged by decades of neoliberal economic policy and poorly managed by local politicians, leaving a portion of its populace apathetic, cynical, angry, and disconcertingly violent.


But as with all places (and people), there is more to a town than what appears on the surface. While it may look like Detroit and struggle with many of the same social and economic problems, Newburgh is its own city—with its own people, its own architecture (including historic designs by Calvert Vaux and Frederick Law Olmsted, the masterminds behind Central Park), its own culture, and, most importantly, its own promise. Crime in this city is at a 10-year low and a wave of activity is happening here—homes are being restored, artists are setting up studios, restaurants are opening, and the community is engaging with itself in both familiar and unexpected ways.

Related A Guide to Orange County Towns: Newburgh and Cornwall 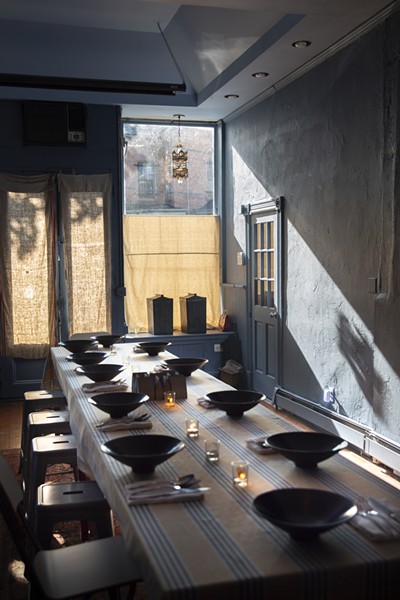 Artist and chef Leon Johnson moved here from Detroit with his partner and fellow creative being Audra Wolowiec (they are expecting a child, likely born by the time of publication). This past August, they opened LODGER at 188 Liberty Street, a cozy storefront that not long ago was inhabited by a group of self-identified anarchists.

Painted a warm, inviting blue, LODGER is the testing ground for a wholly original model of community engagement—a place for “educators, artists, authors, farmers and chefs to partner in the play of ideas and the creation of innovative events and convivial gatherings.” The mixed-use creative event space, kitchen lab, classroom, and printing press will be a venue for hosting dinner events, readings, films, and art shows.


The space smells of burning incense and the beguiling sounds of Toumani Diabate’s kora waft out of a laptop. On the long table in the center of the room lie remnants of last week’s Book and Bread, a three-course, locally sourced dinner plus bookbinding event that happens here every Sunday.

On these evenings, after dinner and a demonstration, each guest constructs their own 16th-Century monastery journal using archival papers and Irish linen tapes. There are also copies of Luc Sante’s latest and greatest works lying around. Sante (a professor at Bard) was here for dinner and a reading on Saturday and “the room was packed,” according to Johnson. LODGER Press has just published and released a limited edition poem of Sante’s.


Johnson opens up about his journey here—his upbringing in South Africa and its “mosaic of colonial horrors,” his politically active mother who first imparted to him the joy and importance of cooking not just for oneself but for others, and his time as an artist navigating the world of American academia.

After receiving his MFA from Hans Breder’s Intermedia Program at the University of Iowa, Johnson went on to teach his own courses in Oregon, Maine, and then Detroit, where he began to further concentrate on food justice. Here he opened a community kitchen where local kids living in poverty could come in and begin learning about gardening, cooking, and food operations.


“At first, not one child was able to identify a tomato. Not one,” says Johnson. “I remember one boy saying, ‘I thought a tomato was that red slice on a hamburger.’” But after several weeks of hands-on lessons, Johnson noticed these kids getting excited about food and beginning to take a real interest in both food production and the culinary arts.

Johnson hopes to duplicate the success of his Detroit program locally, selecting a handful of students at a time from Newburgh Free Academy to participate in a six-week culinary immersion workshop that will connect the city’s youth to local food initiatives and curriculum-based kitchen learning. The program, which just earned a grant from The Awesome Foundation, will culminate in an exposition, where students conceive of a menu and run a pop-up restaurant for a weekend at LODGER, operating both front and back of house.

It’s ideas like this that make it easy to understand why Johnson refers to LODGER as “not a restaurant or a soup kitchen, but an emergent form,” an appropriate non-label, too, for this emergent city—its boundaries endless, its possibilities limitless. When asked about the space’s name, LODGER, Johnson says, “Well, we checked in recently.” After finally getting a taste of Newburgh, I expect many others will soon be doing the same.