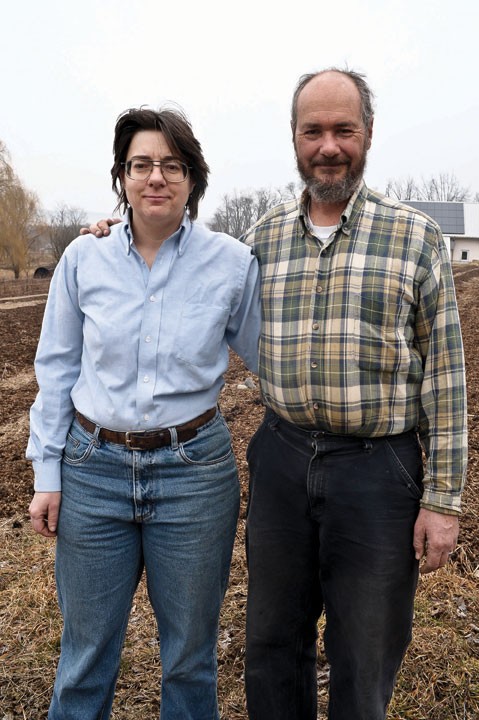 It was Frances Moore Lappe and Joseph Collins's 1981 agro-political book Food First that made Jay Armour of Gardiner's Four Winds Farm want to become an organic farmer. "It led directly to my interest in eating local organic food, which wasn't very available when [wife] Polly and I decided to start farming here in 1988."

A key aspect of Four Winds' nonconventional and sustainable approach is its method of raising crops in permanently formed beds, rather than plowing or tilling the soil. "That's really important," explains Polly. "Because when you plow or till the soil, you disrupt it and disturb all the minerals that give the produce its taste. We spread compost on top of the beds, and plant seeds and transplants directly into the compost. The plant roots and compost nutrients move down into the soil, where there is a healthy, thriving community of organisms. It also makes the soil erosionresistant and decreases the need for weeding, whereas tilling actually brings more weed seeds to the topsoil." The animals kept for the farm's cruelty-free-raised beef, chicken, duck, turkey, and lamb also yield manure used in its all-natural compost.

"We grow about 150 varieties of vegetables in all, here and at our annex in Garrison," says Wes Hannah, who co-manages the CSA. "We have several kinds of tomatoes, cucumbers, radishes, cabbage, potatoes, salad greens, and just about everything else, including pick-your-own flowers and herbs. We really try to have as much of a variety as possible."