Known as a wise and wonderful powerhouse who continues to forge ahead in her eighties, Joan Kaplan Davidson has worked for over 30 years as president and president emerita of the J. M. Kaplan Fund. A Manhattan-based family philanthropic fund founded by her father, the Kaplan Fund makes grants in such areas as the environment, historic preservation, migration, city life, and the arts. Davidson served as chair of the New York State Council of the Arts from 1974 to 1977, as well as State Commissioner of Parks, Recreation, and Historic Preservation from 1993 to 1995. She recently chaired New York’s Quadricentennial Commission.

Descended from a line of benevolent individuals, Davidson is the granddaughter of an immigrant rabbi and daughter of Jacob M. Kaplan, who organized and fostered the growth of the National Grape Cooperative Association in the 1930s, which culminated in the cooperative grape farmers successfully purchasing the Welch Grape Company from him in 1956.

A champion of the Hudson Valley her entire life, Davidson, following in the family tradition, organized a “cooperative” process in 2009: initial listening tour workshops, and now six task forces (comprising of more than 100 Hudson Valley leaders) are collaborating to envision how the region’s assets can be utilized in transformative ways, within a long-range plan for the region’s future.

An interactive website—www.ourhudson.org—has emerged from this process, with the goal of encouraging ongoing regional conversations among residents and friends of the Valley and also with the intention that the recurrent themes will become part of the political agenda this fall and beyond.
Davidson delights in welcoming home to Columbia County her four children and 12 grandchildren, who gather without fail for Thanksgiving and throughout the year at her estate, Midwood, overlooking the Hudson. I spoke recently with Ms. Davidson at Midwood.

How has your career captured your passions?
In the mid-1970s I served for three years as head of the New York State Council of the Arts, until my father called on me and I became president of the Kaplan Fund. At the Kaplan fund we early on were interested in environmental and preservation issues in the Hudson Valley and these interests were deepened when I served later as Parks Commissioner and fell in love with New York State.
All this emotion has been topped off by the wonderful setting of my Columbia County house on a bluff over the Hudson, with the glorious Catskills right in front! This house, with its Hudson River painters’ setting, has given me a fine community of friends and neighbors, and a lively cultural scene. It also confirms the causes of our family foundation and our Hudson Valley project: clean air, clean water, protected lands, dense and interesting towns, equal justice for all.

Describe your vision for regional and international branding of the Hudson Valley.
We need a much stronger sense of ourselves as an organism, as a coherent whole, connected, interdependent, like the Loire Valley in France, the Lake District in England, and Napa Valley in California, which are strong regional entities with psychic clout.
Recently, Representative Hinchey and Senator Gillibrand  introduced bills in the House and Senate to examine the possibility that the Hudson River Valley could become part of the National Park Service.
We live in hope and confidence that a new day is dawning for the Empire State and we want to be ready. The incomparable promise of the Hudson Valley can be celebrated throughout the United States and across the world.

What compels you to keep working for our valley?
Why not the Hudson Valley? With incomparable resources of every kind, we can build that vision of the Hudson Valley and all success will follow. This is coming out of a huge public process we set in motion.
The main theme is “The river is everything; the connecting force. The land is everything; open space equals happiness.” We are desperately in need of transportation connections. We see the river as the great commercial highway it once was and we see its waterfront as it could be with access to the river for all.
We want everyone to get to the river—it’s your river! Protect the river, now the cleanest it’s been in a long time. Build water traffic with barges, tugs, and other craft designed specifically for river navigation, such as the great long steamship Columbia.

Did this public process evolve from your work as head of New York State’s Quadricentennial?
The Quadricentennial saw many wonderful events up and down the Hudson Valley, largely organized by communities themselves. With encouragement from the Governor’s Office, the Commission provided for some of those commemorations to keep on going, as legacy projects of the Quad.
The main one is, of course, the Walkway of the Hudson, which is attracting ever larger crowds and bringing about interesting new development at the Poughkeepsie waterfront.
Then there is the docks program, in progress now. A few new docks are being built—in Athens and Brooklyn, and many more will come into being in the years ahead. Docks are sorely needed, to encourage recreational and commercial use, and to bring everybody to the river!
The third legacy is Heritage Weekend, which will occur one weekend every other September: a Commission-launched project opens every museum, historic house, park, monument, etc., with special events thrown in, free to the public.
Now I am engaged in what might prove to be the strongest legacy of all: a way to secure a healthy, sustainable future for the next decades of the entire Hudson Valley. Much wise and creative thinking has been under way for many months now, on the part of a great many Hudson Valley activists, in energetic conversations and diverse studies.

How have you organized the “Our Hudson” project and what is its goal?
The intensive planning process began in early 2009, the Quad year, with listening tours at six Hudson River towns. Afterward, our steering committee collated and studied the results of these early sessions, and then established task forces, comprising leaders in various fields, to more deeply pursue key Hudson Valley issues.
The task forces delivered propositions and next steps toward the vision of how the Hudson Valley can become an economic powerhouse for New York State. Each aspect is dependent on the other: agriculture, education and culture, efficient transportation, the environment, tourism, and hubs with concentrated communities and jobs.
Out of the meetings, with further refinement and editing, will come a kind of platform for the Hudson Valley—one that we hope our elected officials at every level, and all Hudson Valley municipalities will embrace. Stay tuned! 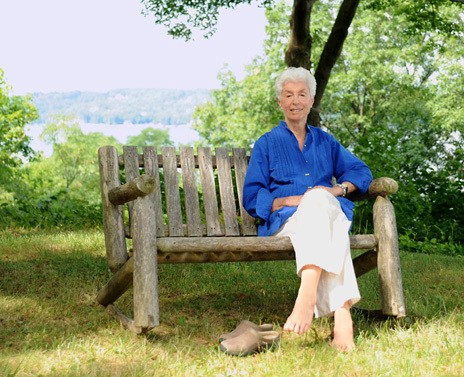