The most beautiful thing I’ve ever seen in my life was shown to me in Woodstock—yet it was on the edge of our galaxy. Some time back in the mid-’90s, I put my eye to the lens of Bob Berman’s massive telescope and the universe was opened to me in a way it had never been before.

One of the most well-known and widely read astronomers in the world, Berman is a regular contributor to Astronomy magazine, Discover magazine, and The Old Farmer’s Almanac. He’s appeared on “Good Morning America,” “The Today Show,” “Late Night with David Letterman,” and NPR, and he’s the author of five books on astronomy, with his sixth coming out this summer. In 1976, Berman founded the Catskill Astronomical Society and began running the summer astronomy program at Yellowstone National Park in 1988. He is director of the Storm King Observatory in Cornwall, and of the Overlook Observatory in Woodstock.

In August, Berman will again teach a series of astronomy classes for the public in Woodstock on Friday evenings. You can’t help but love his friendly, dry wit and his ability to explain complex ideas in a way that anyone can understand. In addition to his upcoming classes, he’s also planning an Australian outback tour in 2012 to view a total solar eclipse; in the past he has lead aurora and eclipse expeditions as far away as the Arctic and Antarctic. For more information: www.skymanbob.com.

When did you know you wanted to become an astronomer?
Do you believe in destiny? My first recollection of life was being wheeled in a stroller or carriage and looking up at the starry night sky. I had no language yet. It’s my earliest memory. I’ve always been in love with the night sky. As a teenager, I memorized the name, spectral class, and distance of every named star in the heavens, just for fun.

Are you a spiritual person, perhaps an agnostic or pantheist?
Big question. I am not an agnostic. Closer to a pantheist, in that I see it all as a single entity with unfathomable underlying intelligence.

Fifteen years ago, you showed me an astonishing galaxy, M13. Do you have a favorite?
Yes, M13 is stunning. It’s a globular cluster on the fringes of our own galaxy, not a separate external galaxy. I have many favorites. That’s one of them.

Tell us about the upcoming total solar eclipse in Australia’s outback and what you’re planning for yourself and the public.
This will be the seventh total solar eclipse for me. So far, I’ve been very lucky with weather. I hope our group is blessed with clear weather for this one, too. It will be a hoot, with many other activities in the days before and after, including stargazing from the legendary dark skies of the outback.

Do you think there are other intelligent life forms out there? Do you think they have visited our planet? Why or why not?
There must be lots of life in the universe, not to mention the very real possibility that the universe itself is alive. As for visiting us in the past, who knows? It does seem very unlikely that we are being visited nowadays, since a) astronomers never seem to see UFOs; b) in this era when everyone has a camera on their cell phone, there is not a single clear, sharp image of one (they’re always blurry or shaky); and c) if these aliens do not want to “come out of the closet” and announce themselves by, say, landing on the White House lawn, and instead wish to keep themselves hidden, they are nonetheless spotted here and there by some farmer in Kansas or group of teens in Roswell—that kind of thing. It seems too suspiciously incompetent that these aliens are unable to keep themselves better hidden, but instead keep getting spotted like cat burglars. Applying Occam’s

Razor, I doubt very much that UFOs are alien spacecraft. Of course, I could be an alien trying to throw you off the track.

Do you think the universe runs on order or chaos?
I see the universe as perfect. That would mean that even the chaos is exquisitely designed to produce stunning consequences.

What is the most-talked-about new discovery in the field of astronomy right now?
We’re still reeling from the 1998 discovery that the cosmos is expanding at an ever-faster rate, indicating the existence of some sort of mysterious antigravity force which we call dark energy. Also, increasing data is pointing to the universe being infinite, both in content and in extent. This is a big change from our earlier longstanding models.

Your sixth book is coming out this year, is that right? Can you tell us what it’s about and how it’s relevant at the present time?
It’s The Sun’s Heartbeat: And Other Stories from the Life of the Star That Powers Our Planet [Little, Brown and Company]. So far, the reviews have been wonderful. The release date is July 13. It’s about the history of the fascinating people and their life stories, of those who gave us our sun knowledge through the centuries. Also how the sun can kill us (through melanoma) but also can save our lives (through Vitamin D generation). It’s about sun phenoms like rainbows, the aurora, total eclipses, and so much more. Everything about the sun is either amazing or useful, and this is designed as “summer reading,” a beach book for nonscientists.

How long have you been teaching the classes like the ones coming up in August? What can people expect?
I used to teach college physics and astronomy courses at Marymount College. But since 1975, I’ve also given local classes for area residents, to share the universe with people here. About 3,000 people have taken them over the years. A good number of famous people, too. I’m so tempted to name-drop, but I won’t. It’s nontechnical but is not dummied down. Even smart kids (ages eight and up) can enjoy the visuals. Lots of visuals and demos of things like light and color, and also a field trip to the observatory. By the end, participants will have finally understood relativity, quantum mechanics, the stars and constellations, and lots of cool stuff. 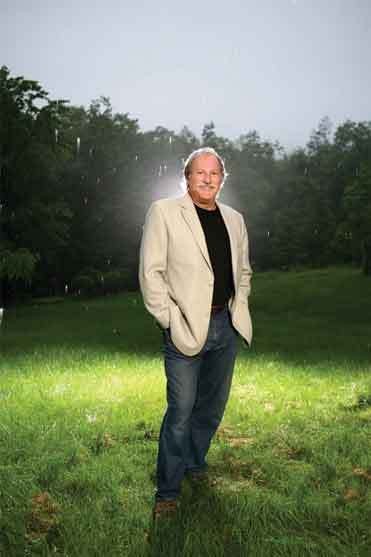