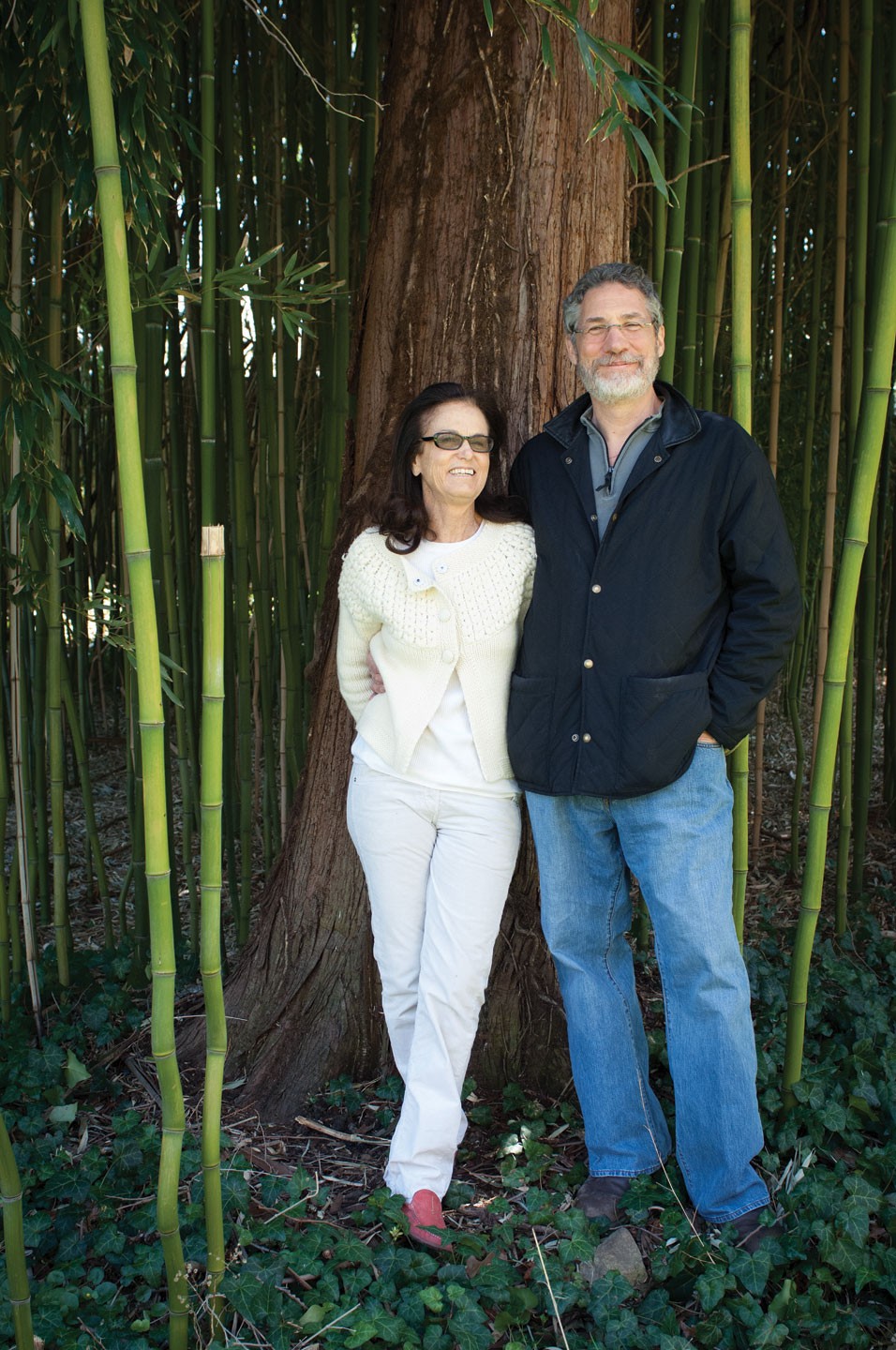 Jonathan and Diana Rose founded the Garrison Institute as a place where contemplation and action might intersect to affect our most pressing social and environmental problems. The Institute hosts meetings for people engaged in three major program initiatives—Contemplation and Education, Transforming Trauma, and Transformational Ecology. In addition, a diverse retreat program invites people to explore a range of wisdom traditions and practices.

As a center of the cross-fertilization of ideas, the one-time Capuchin monastery on a bluff above the Hudson River now serves to link great thinkers and experts in a variety of fields for the purpose of nothing less than transforming the world we live in. It is the monastery of the 21st century—a place for the thoughtful contemplation of our interdependence with all living things. As its caretakers, the Roses direct an expanding network of individuals and groups committed to just that.

In May, the Garrison Institute invites the public to participate in a Personal Retreat Weekend, the Open Gate Sangha Retreat, and the Self-Realization Fellowship NY Regional Retreat. Visit www.garrisoninstitute.org for a full description of these and other events.

Jonathan Rose: As a teenager, volunteer work was something I was committed to, and I’ve worked with not-for-profits all my life. When the monastery became available, we brought together wise and thoughtful people to think about its best use. What emerged was a collective answer that the best use would be an institute that connected personal transformation to social transformation.

Diana Rose: It was through the urging of my teacher, Gelek Rimpoche, who said, “This could be a moment when you could serve and take the inner work you do to find a way to make a bridge for many people.”

Talk about the types of symposiums and retreats the Institute hosts.

Jonathan: The Garrison Institute hosts retreats led by great teachers of all different faith traditions. We hold many events that people in the community can come to. Sometimes they will be closed retreats. For example, a group of politicians and social activists asked us to help organize a retreat on how to transform politics to make it more compassionate, courageous, and connected. The most important thing that grows out of all this work is a set of ideas. We actively seek to figure out how ideas can be applied. We gestate and disseminate ideas. For example, how can we improve classroom performance through contemplation, or how can we reduce trauma and the effects of vicarious trauma, trauma transference, in the workplace?

How have you attracted these leaders and chosen the subjects the Institute addresses?

Diana: People attract people, especially when they have an opportunity to do something that’s near and dear to their hearts, and maybe they cannot do it in their other environments. It has grown organically. And there’s continuity. We don’t jump from one subject to another as an organization. We made a commitment to education, and that program has been growing steadily for eight years. There’s a continuity to a program with the staff; the program director, who’s an expert in the field; and the leadership council of people who are experts in that field, who gather here two or three times a year and have done so for eight years.

How you would take, for example, the education component and measure “changes at systems level,” as stated on the website?

Diana: We started by mapping the field. Where are the most interesting and innovative programs being piloted? Primarily we looked at public schools, but also looked at charter schools. We looked at research around early childhood development. Who’s doing the research? Who is setting policy? It was a combination of mapping to identify what was an emerging field, then bringing together those people to spend two or three days in a series of workshops, panels, and presentations, to share best practices and ideas, and to connect with one another. Out of that grew a program, and we constantly review where the research is going, where new pilot innovations are taking hold, and put it up on our website for people who are part of this larger network of educators so they can access all the information.

The contemplation part of it—when you invite people in who might not be familiar or have the background of a meditative retreat, is there a baseline that people should have?

Diana: In the Climate, Mind, and Behavior program, many new people come in because they’re behavioral scientists or economists or environmentalists, who are not so exposed. But once they’re here and they begin to integrate the ideas, they become more open and interested in it.

Jonathan: We have designed a series of reflective practices. Somebody speaks, and afterward instead of people running up, raising their hands, and getting into a debate, we’ll have five minutes of silence. We ask them to reflect on what they’ve heard and to write in their journals their ideas. When the discussion begins, it’s much more centered, grounded, and thoughtful. By the end of the symposium we’re asking them to take those five or 10 minutes of thought and think about how to apply them. We are very skillful at using this reflective technology toward idea development.

Jonathan: For example, in the education field, the Garrison Institute identified a variety of people around the world doing interesting work who didn’t know each other. We brought them together—that’s the convening. They formed a network for field development, for collaboration. Then we became a neutral hub where all this work can happen. That really is our role. We form networks of networks, self-reinforcing. What makes them thrive is not an individual leader, rather the amazing collaboration.

On a personal level, given the process of evolution wherein nothing is guaranteed, how do you generate your own continued hope and enthusiasm for the evolution of human consciousness?

Diana: It’s a deep, abiding belief in the ultimate goodness inherent in all of us. My practice is what keeps me grounded and open and fluid, and, I’d like to think, caring.

Jonathan: I’m an optimist and a realist. The realist in me sees populations growing, enormous resource depletion, climate change, biodiversity loss—every indicator that we’re on a dangerous path of growth that could lead to a systems collapse. Within that, our greater resolve is to insert into this evolutionary process the DNA of the right ideas and the right approaches that might lead toward shifting the trajectory that we’re on.

Diana: At the heart of all contemplative practices is this deep connection to understanding that all life is interdependent. When you take the time—a moment of silence to be open and receptive to that—that’s really important. Whether it’s through prayer in church or in a meditation hall or sitting in your own living room chair—it’s the letting go of the constant grasping at “me” to recognize we’re all interconnected. We cannot survive independently.

Looking Down on Climate Change