Check out these five music events in the Hudson Valley–from pop and jazz, there's a little something for any music fan to enjoy.

With her swoony, classic pop style, New Jersey-born, Nashville-based singer-songwriter Nicole Atkins has been sweeping hearts and ears off their feet (does that metaphor work?) since debuting with Neptune City in 2007. Her fourth and newest album, last year's Goodnight Rhonda Lee, has been hailed as her best work to date and evokes the soulful, sophisticated sound of '60s singers like Dionne Warwick and Dusty Springfield. The songbird alights on the Bearsville Theater for this date and has been in good company lately, cowriting tunes with Chris Isaak, Louise Goffin, and Nick Cave and the Bad Seeds percussionist Jim Sclavunos. (NRBQ returns May 6; Happy Traum hosts the Bob Dylan Birthday Celebration May 27.) 8pm. $20-$40. Bearsville. (845) 679-4406. 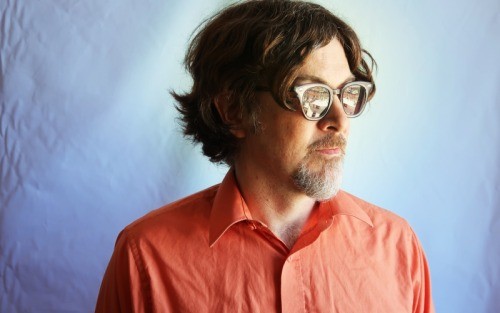 If you happen to be a fan of highly innovative guitar players and you've never heard Chris Forsyth, be prepared to have your mind blown by this night at BSP Kingston. His Solar Motel Band, assembled in 2013, jams a sprawling, experimental strain of modernized psychedelia that lovers of such sonic adventurers as Television, Neil Young & Crazy Horse, Quicksilver Messenger Service, and the like will revel in. The quartet's latest release, 2017's Dreaming the Non-Dream, consists only of four tracks, one of which, the serpentine title piece, stretches to beyond 15 trippy minutes. With Sunwatchers. (Talula! and Pat Irwin's PI Power Trio turn up May 5; the Feelies fall back May 11.) 7:30pm. $10, $12. Kingston. (845) 481-5158. 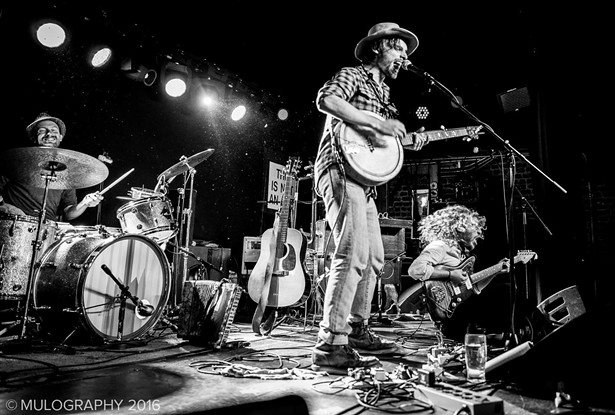 Reviewer Michael Eck favorably reviewed Connecticut folk rockers Parsonsfield's EP Afterparty right here in Chronogram back in November. This past March, the busy five-piece outfit unveiled WE, which features the buoyant single "Kick Out the Windows." Much like their Hudson Valley heroes the Band, the group's members, Chris Freeman, Antonio Alcorn, Max Shakun, Harrison Goodale, and Erik Hischmann, all sing and are known to swap instruments during their performances. Parsonsfield lands in the spacious Hangar on the Hudson this month. 7pm. $13, $15. Troy. (518) 272-9740.

The Beverly is the perfect place to host Ulster County’s first visit from the suave sultan of Southern Gothic rockabilly/garage trash, Tav Falco, and his band the Panther Burns; besides having the early 20th-century architecture befitting of Falco’s sepia-toned aesthetic, the nightery recently hosted an event honoring Panther Burns cofounder Alex Chilton. Raised in Arkansas and now based in Vienna, Falco formed the Panther Burns in Memphis with the late Big Star/Box Tops singer in 1978. Contemporaries of Chilton proteges the Cramps, the group debuted with the classic Behind the Magnolia Curtain before relocating to New York and becoming doyens of the Downtown punk scene. Falco’s idiosyncratic cocktail of roots rock, blues, country, avant-noise, tango, exotica, and Beat poetry has influenced followers like the Gories and Jon Spencer. $15. Kingston. (845) 514-2570.

This newly formed band appears at the Falcon and brings together three of the leading improvisers in creative jazz: clarinetist Christopher Rocher, bassist Joe Fonda, and local drummer Harvey Sorgen. Rocher has worked with the crème de la crème of French and European musicians and American greats Hamid Drake, Tom Rainey, and Rob Mazurek; Fonda is known for his membership in the Anthony Braxton Sextet and work with Lou Donaldson, Archie Shepp, Carla Bley, and others; and Sorgen, besides being the drummer for Hot Tuna, has collaborated with everyone from Ahmad Jamal to Dave Douglas, Carlos Santana, and others. (Mokoomba mixes up the African sounds May 2; Andy Stack's American Soup is served May 3.) 7pm. Donation requested. The Falcon, Marlboro. (845) 236-7970.