These five live music events in the Hudson Valley range the gamut from electronic to jazz to classical piano, making March a great month for going to concerts in the area.

And if music isn't really your thing, check out our March film picks, food events, and dance/theater shows.

Stockholm-based musician and composer Ellen Arkbro has worked primarily as a guitarist, performing with the electronic bands Hästköttskandalen and Radio Slow Pop. Her 2017 solo debut, For Organ and Brass, however, was written for and recorded on a 400-year-old church organ in Germany accompanied by horn, tuba, and trombone. Intriguingly, Arkbro, who studied with La Monte Young, Marian Zazeela, and Marc Sabat, describes the album as "a very slow and reduced blues music." For this concert at the ever-forward-looking EMPAC, where she's currently in residence, Arkbro will debut a new work for electric guitar and algorithmic synthesis. (Composer and Bang on a Can founder Michael Gordon presents his new choral work, Anonymous Man, March 22.) 7:30pm. $6-$18. Troy. (518) 276-3921.

It's been a while since there's been a mention of any of the many worthy events at Columbia County's Spencertown Academy Arts Center here in the Highlights, so it's nice to have something to tout at the historic 1847 Greek Revival schoolhouse. Visiting in March is the genre-spanning Hudson Valley band NEQ, whose originals and covers morph between rock, Americana, Afro-Cuban, classical, funk, and ethnic styles. Led by Albany guitarist Todd Nelson (Fear of Strangers, Aimee Mann, Terry Adams, Lonesome Val, Jules Shear), the group also features Nelson and his fellow area music veterans: bassist Kyle Esposito, drummer Manuel Quintana, keyboardist Mike Kelley, and percussionist Carlos Valdez. 7:30pm $20; $10 for students. Spencertown. (518) 392-3693 .

With Rod Argent's moody keyboards and Colin Blunstone's breathy vocals, the Zombies greatly stand out among their British Invasion brethren. The group, founded in 1962, draws more from the jazz end of black American sounds than the blues and R&B that informed the Beatles, the Who, the Rolling Stones, and the rest. Classical music also shaped the quintet's sophisticated style, which is marked by the minor-key shadings and Baroque-tinged chamber pop flavors of their immortal '60s hits "Time of the Season," "Tell Her No," and "She's Not There." Nearly 60 years since their inception, the Zombies live on and linger into Levon Helm Studios for this rare local appearance. (Jorma Kaukonen returns March 10; Lucius lands March 18.) 7:30pm. $70 standing room only. Woodstock. (845) 679-2744 .

The son of billionaire Warren Buffet, Peter Buffet has followed in his father's philanthropic footsteps by colaunching female rights advocacy nonprofit the Novo Foundation. But besides being a benefactor, Peter is an Emmy Award-winning composer and pianist known for his soundtrack work in Dances with Wolves and other films. For three days this month at Bard College's LUMA Theater (inside the Fisher Center), he'll perform the autobiographical "Life Is What You Make It: A Concert & Conversation." All proceeds will benefit the Center for Creative Education. (The Bard Conservancy presents "An Opera Triple Bill" March 9 and 11.) March 13 and 15: 7:30pm. March 14: 11am and 7:30pm. $20 (free for high school and college students). Annandale-on-Hudson. (845) 758-7900. 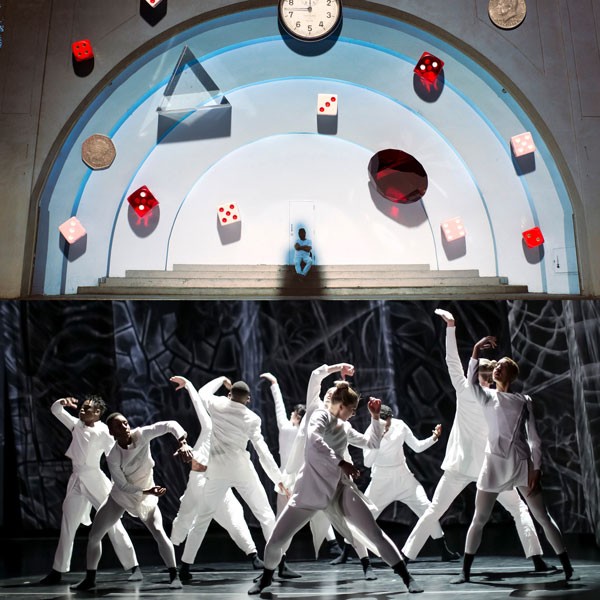 
The original print version of this article was titled:
"Nightlife Highlights"