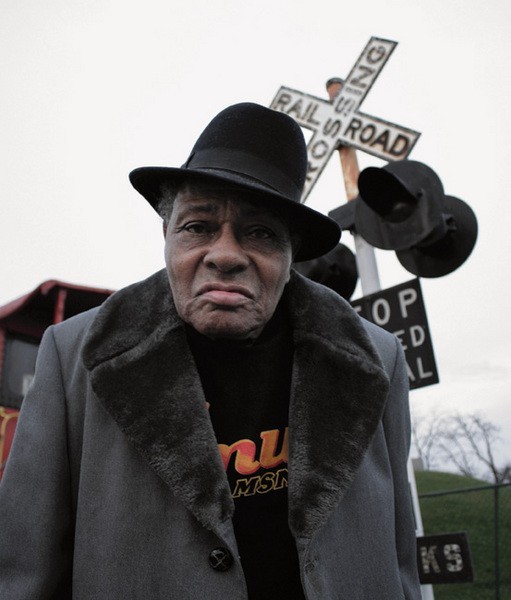 Many of us in the Hudson Valley music community were bracing ourselves for this bit of news. But the fact that it was expected didn’t make it any easier to take when it arrived last week: Local blues great Little Sammy Davis passed away near his home in Middletown on February 16. He was 89 and had suffered multiple strokes in recent years.

Singer and harmonica man Davis was perhaps most familiar to area audiences as a dynamic and long-time staple of Levon Helm’s Midnight Rambles. As one of the late Band drummer’s most lovable latter-day sidemen, he accompanied Helm on recording dates and at many a show on the road as well as in the Woodstock region. Davis was also one of the last living, real-deal bluesman anywhere, a living link to the music’s prewar crucible in the Mississippi Delta to the first sparks of electric blues in Chicago. Along the way, he worked with and befriended such legends as Muddy Waters, Jimmy Reed, Ike Turner, Little Walter, Albert King, Earl King, and Pinetop Perkins.

Here he is, resplendent in his trademark bowler and electric blue suit, performing “Fannie Mae” with the Levon Helm Band at the Ryman Auditorium in Nashville in 2008:

And here’s the Chronogram profile I did of him for our December 2009 issue:

Little Sammy Davis’s funeral and burial are set for today, February 26, from 1 to 2pm at Ralston-Lippincott-Hasbrouck-Ingrassia Funeral Home in Middletown, New York. For more information, visit http://ocfuneralhomes.com/22/Home.html. A memorial concert organized by Davis’s long-time friend and collaborator, guitarist Fred Scribner, will take place at the Towne Crier in Beacon, New York, on March 8 at 7pm. For more information about the performance, call (845) 855-1300 or visit http://www.townecrier.com/.