CD Review: Life in a Blender

We Already Have Birds That Sing 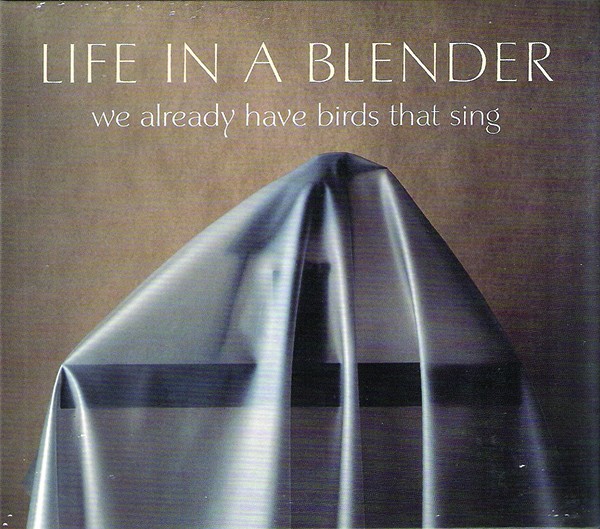 Inspired by a San Francisco burlesque dancer in the Forbidden City, We Already Have Birds That Sing is a line taken from "Tongue-Cut Sparrow," the first song on this theatrical, seven-song EP by the dues-paying troupe Life in a Blender. Headed by Poughkeepsie native Don Rauf, who has a knack for getting the most out of his voice while constantly altering its character, the gypsy deep-throat of the tune only hints at what is to come. Impressively birthed over one weekend with producer Kenny Siegal at Old Soul Studios in Catskill, the songs chug and slide through chamber punk and Brit pop with festive side trips to cowpoke, rockabilly, and funk. How about "Magnetic Fields getting it on with Soul Coughing while Captain Beefheart and Warren Zevon gaze through a heavenly peephole of the steam-and-bubble ejaculate of big-band horns, orchestral strings, and punky vocals elegantly lubricating distinct and compact Costello-like songs?"

This is Life in a Blender's 25th year and eighth record, and the experience of the members is palpable. The production has a warmth and penetration suggestive of aptly primed initial sounds and well-oiled performances meeting keen ears. The band is now based in New York but still has tentacles in the Hudson Valley, with bassist Mark Lerner residing in Phoenicia and cellist/guitarist Dave Moody hailing from Stanfordville (Lerner also managed the no-small feat of horn and string arrangements). A long list of revolving and guest players has included the sometimes-local Chris Butler of the Waitresses and Tin Huey, and Jonathan Gregg and John Linnell of They Might Be Giants. Lifeinablender.net.