Liberation on the Land: A Manifesto from Naima Penniman 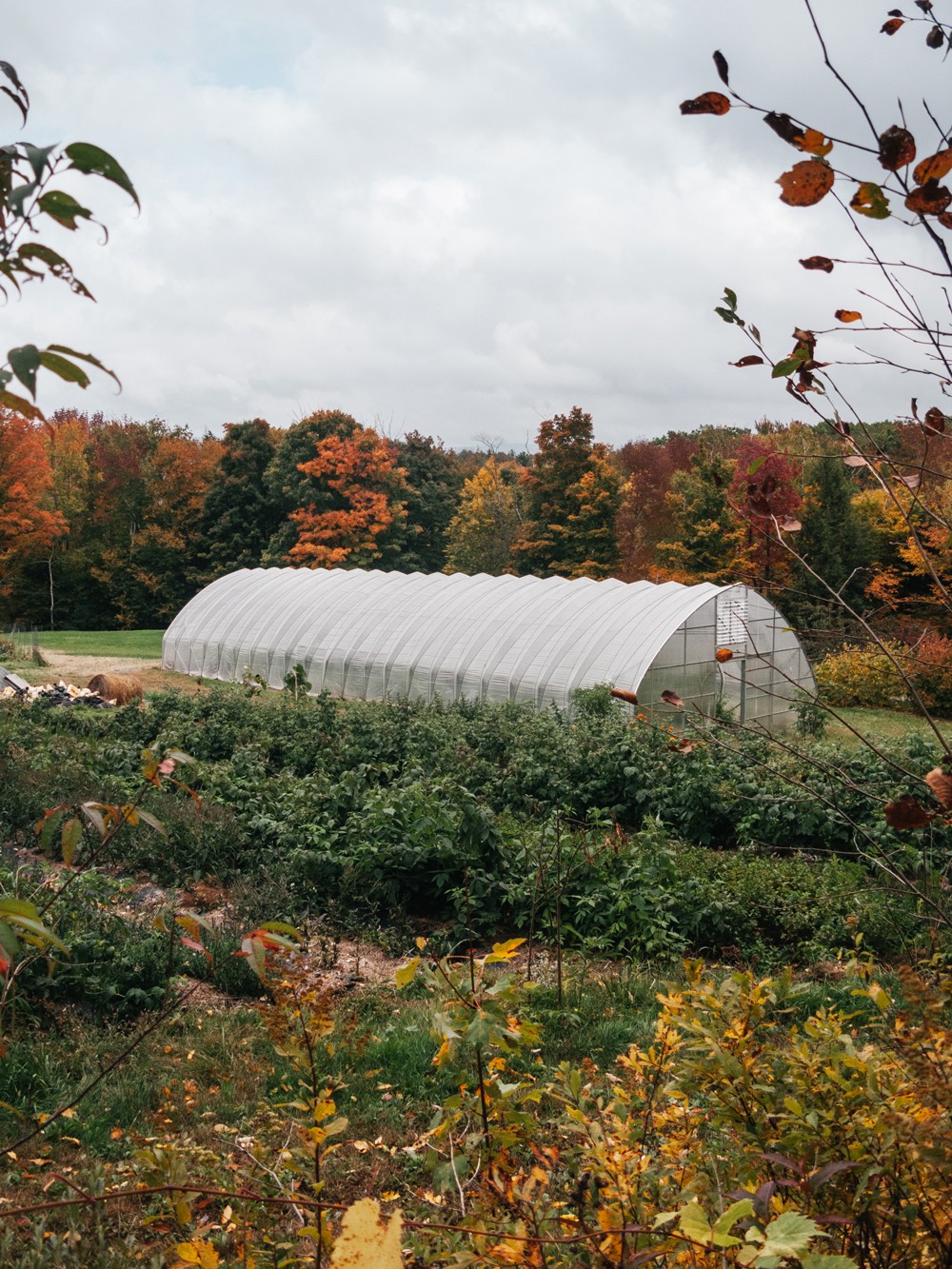 We talk with Naima Penniman, program director director at Soul Fire Farm, about the BIPOC-centered community farm’s efforts to end racism and injustice in the food system through training and creating equitable food distribution networks. Words by Naima Penniman, interviewed by Elodie Tacnet.

Belonging to the Land

I like to think that we belong to the land, the land doesn't belong to us. When we think about ownership, if anything, it goes the other way around. To steward land is that sacred responsibility that comes with that relationship, of how we take care of the land that sustains us. The land is our greatest partner, our greatest collaborator. When we acquired this property to create Soul Fire Farm, a lot of people doubted this was a strategic move because these are very rocky, marginal soils. We're on a mountain side. But we wanted to farm the way our ancestors did, this is the land we could afford: We couldn't be picky. And we have these ways of building back and regenerating soil so, in the last decade we've tripled our topsoil depth through mulching, composting, building raised beds, integrating animals.

We've been able to sequester 50,000 tons of carbon. Every step of the way, we're not stripping things away from the land but adding back, to generate fertility. All the buildings are made of wood from a 20-mile radius, the walls of the houses are made of straw bales for insulation, they're all south-facing for optimal light. The hot water is solar-powered. We're increasing our biodiversity, which has dramatically been affected by industrial agriculture, by bringing back native species and teaching our community those practices. We do a lot of intercropping, which just means many different types of species growing together because they support each other. Some repel pests, other ones provide the nutrients, they make each other more resilient.

Nobody should go to bed hungry. But in our country, it's an all-too-common reality, and it is very racially skewed. White neighborhoods are four times more likely to have a supermarket than Black and brown communities. All that we harvest from the land we distribute through our solidarity share program, which is our way of getting the food that we grow to the people in our community that need it most, because they are living in food apartheid conditions, who are survivors of mass incarceration as well as new Americans and refugees.

Ujamaa is a principle of cooperative economics that we've modeled Soul Fire Farm after in order to be a viable enterprise that takes care of its workers and demonstrates fair labor practices; that is generous to its community; and that is able to create a system where those with less financial means who are still deserving are able to eat healthy, nutritious food. And it's subsidized by members of the community who are able to pay above market rate so that everyone gets to eat.


Our programs operate on a sliding scale so people can pay the entry point that they can in order to come and live with us on the land and train with us and that can be covered by bigger institutions that may hire us for a keynote or a presentation. It's a very community-driven model, so ujamaa is the name that we gave to our CSA program. We box up the food we grow here and do direct doorstep delivery—from our farm to 50 households in Albany and Troy, as well as to partners like the Free Food Fridge Albany, the Refugee Center, Focus Food Pantry, and the Victory Bus Project.

We reference the system that creates food opulence for some and food scarcity for others as a "food apartheid" as opposed to a "food desert." A desert is a natural ecosystem. Here, we face a human-constructed system that affords some access to plenty of affordable fresh food options and others very, very little. It basically means that within a five-mile radius, you won't find any fresh or healthy food options, there only are corner stores and fast food, which lead to diet-related illnesses, such as diabetes, high blood pressure, depression, and many other chronic illnesses because the body is not getting the nutrient it needs. This impacts our Black, brown, and Indigenous communities disproportionately. It's not that there is not enough food. We're producing enough, it's just not getting to all who need it. And, in fact, more than half of the food that is produced ends up in the waste stream, as opposed to on our plates.

We have been able to partner with a program that redirects young people who've been convicted of crimes and who would have otherwise entered the youth detention system to instead be able to come to the farm and have an empowering learning experience in place of community service hours in retribution for their "crime." It was a pilot project with the Albany Court, which was one direct way to interrupt the school-to-prison pipeline. We also are thinking a lot about our communities who are affected by incarceration in terms of food access because as we know, the access to food inside of jails and prisons is horrendous. It's no coincidence that the neighborhoods where people are being over-policed, criminalized, and imprisoned are also the most food insecure. We are also thinking of the families of those who are incarcerated. So we partnered with the Freedom Food Alliance about connecting families of those incarcerated, farms like ours and organizers (or "weavers'' as they call them) will be able to provide fresh food for people who travel upstate to visit their loved one behind bars.

The Legacy of Jim Crow

Access to land is a huge issue and barrier right now. The descendants of European colonizers own 98 percent of the land in this country, so it is more racially skewed than ever before. After the Emancipation Proclamation, Black folx who were formerly enslaved were doing anything in their power to get land, to farm and make a living. There was no form of support but people were working really hard, saving their Sunday money to amass what became at its peak 15 percent of the rural farm land in the late 1800s. This caused a backlash against self-determined Black people owning land, creating their own business of farming in the form of an enormous amount of racial terror (there were 4,000 documented cases, never mind the undocumented cases), of land being stolen, farms burned down, people murdered. Thousands of Black families eventually fled the rural South for the urban North.

"All Revolution is Based on Land"

Malcom X says, "All revolution is based on land." If we don't own any land, we are out of the picture, so I cannot stress how important it is that we are able to redistribute land and have more land under the stewardship of Black, Latinx, and Indigenous communities. Most of our food is being grown by the Latinx community, and very, very few have access to management positions. Most of the ways people build wealth, at least in the United States, is through private property. The reason that a white child, the moment they're born, is 16 times richer than a Black child is because of inherited wealth, passed down through generations. Slavery was not such a long time ago. Our whole agricultural system is built on stolen land and labor that has not been redistributed and that land is continuing to mass through descendants of colonizers and those who've benefited from that system. That's a reason why land is so important: It gives us the means to our own survival and to not be dependent on a system that exploits us.