The practice of nonviolent communication can transform our relationships- personally, locally, and globally.

Last spring, Roberta Wall found herself in a diverse roomful of women at a center called EcoMe, on the crossroads between Jerusalem and Jericho. The place buzzed with religious Jews, devout Muslim women with covered heads, secular left-wing Jewish women and secular Christian women in sleek modern clothes, and even a Christian nun from Germany. In this troubled region near the Dead Sea, Wall had come to teach Nonviolent Communication (NVC)—a practice that helps people to resolve conflict and find a place of connection beyond anger, blame, or shame. "We set up what we call fishbowls, or sharing circles, where participants could come and share whatever was on their minds in relation to anything," says Wall. "At least half of the Israelis and Palestinians had never sat with each other before."

It wasn't long before the room grew hot with stories of pain, grief, and fear. A Palestinian woman told of her forced marriage, in which she was enslaved and subjected to terrible violence from her husband—before she found refuge, astonishingly, with Israeli checkpoint soldiers who smuggled her to safety. An Israeli woman spoke through tears about her painful decision after the last Intifada to flee to the United States—a decision so troubled that it resulted in divorce from her husband and the shattering of her family. Using the tools of NVC, including reflective listening and empathy, the women were able to push past embattled politics to really hear one another. "It was astonishing," says Wall. "Some of the women are staying connected. It gives me so much hope thinking about it now."

Beyond Right and Wrong

Whether it's in a troubled hot spot of the Mideast, or at the kitchen table of a local family, NVC can trigger breakthroughs in communication and open the floodgates of a healing compassion. Created by American psychologist Marshall Rosenberg, whose philosophies grew out of work he was doing with civil rights activists in the 1960s, NVC has taken root in pockets worldwide to form a small but growing movement. Now 79, Rosenberg lives in Albuquerque near The Center for Nonviolent Communication, which he founded—and his book Nonviolent Communication: A Language of Life (PuddleDancer Press, 2003) is a bible for his empathic disciples. The appeal of NVC is broad: It works just as well in war-torn countries as it does with everyday skirmishes between husband and wife, parent and child, employee and employer. At its core, the practice is about creating connection through deep listening, expression, and empathy. Practitioners learn to delve beyond heat-of-the-moment judgment and blame, and instead explore—and express—the true feelings and needs that are bubbling beneath the surface. Eventually, what people think of as conflict turns into a shared dilemma—and creative solutions naturally arise. 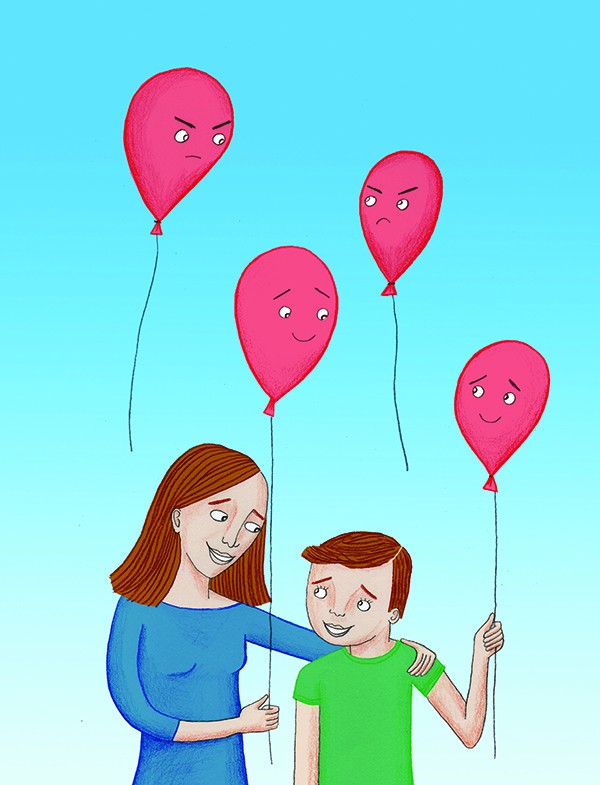 Wall, a former litigator in the New York City court system who discovered NVC through a mindfulness teacher, was lucky to attend a rare Manhattan training with Rosenberg in 2002. "I went with my partner, my daughters, my Buddhist sangha from New York City and Woodstock," says Wall. Afterward, she and a few others formed an NVC practice group—and the deeper she got into it, the more she realized that she had to leave the legal profession behind. "NVC takes you out of the cycle of judgment, and it's hard to practice law without judgments of good and bad, right and wrong," says Wall, based in Saugerties, who now coaches couples, individuals, parents, and organizations in NVC at home and abroad. "There's a Rumi quote: 'Out beyond ideas of wrongdoing and rightdoing, there is a field. I'll meet you there.' When I hear that," says Wall, "I think, yeah, I want to meet people there! I want to meet myself there."

Skills to Navigate a Life

It's the humbling quotidian battleground of parenting that often leads newcomers to NVC for the first time. Such was the case for Susan Reeves, who stumbled upon NVC 11 years ago, and clung to it like a lifeline, when she had two children under three years old. "I came from what I call the yelling model," says Reeves, a registered nurse and nursing teacher who offers free NVC practice sessions twice monthly in New Paltz. "I didn't want to repeat the model where the mom yelled and the children jumped. I needed another avenue." What really resonated for her was NVC's focus on human needs, the raw material behind everything we feel, think, say, and do. "As humans, we all have the same needs," says Reeves. "If you boil everything down to our needs—whether it's a need for safety, for support, for respect, to be heard—we're all on the same page. [Rosenberg's] work is like a mini-miracle, because it really helps you understand what's going on inside another person."

You can take a course in NVC and get a sense of the tools—which might include a list of needs for reference, and sometimes a partially scripted dialogue to follow. But what really brings the practice to life is experiencing and exercising it on a daily basis. Like Wall, Reeves joined a practice group that met regularly, and she put NVC to work in her family. "If the kids were playing too loudly, instead of saying, 'Stop, don't do that,' I could go into the room and say, 'I have a need for peace and harmony. How can you help me out?'" Involving kids in decisionmaking is an NVC strategy that tends to work well with families. Reeves gives another example: Your toddler wants to stay on the playground, but it's time to go pick up Grandma. First you have to see what's alive in the child—his need for fun, for sunshine. Then the parent has to state the feelings and needs behind the request: I'm feeling nervous and scared that Grandma might be alone and waiting for us. Finally, the parent offers a choice: Do you want to leave in one minute, or two minutes? "Kids love choices," says Reeves. And if it doesn't work? "You can revisit it. It's not always perfect. At the very least, you're giving kids honesty and an emotional vocabulary."

A Path Toward Self-Acceptance

Longtime practitioners discover another layer to NVC: You can turn it inward and use it with yourself to heal your own original wounds. Wall describes this as the work of a new generation of Nonviolent Communicators: "We start with a trigger, something that happened, and trace it back through our bodily reactions to our emotional feelings, and then to the needs behind them—the earliest times when those needs weren't met, and also when they were met." Integrating those memories with the experiences we have as grownups can be eye-opening, says Wall. "It's helped me in my own life make some real breakthroughs with old pains that keep getting triggered—this old sense of not belonging, of not being seen. It really creates a deep healing."

In a similar way, Tess Fisher's initial foray into NVC started as a conversation with herself. "I'm my own worst critic, and I think a lot of people have that," says Fisher, of Hyde Park. After about eight years using Rosenberg's principles, "I've gotten a lot better with my self-talk, which leans into how I communicate with others." For Fisher and her husband, NVC was the yarn that knit them together: They'd been dating on and off long-distance when Fisher invited him to join her at a three-day workshop. "He connected deeply with the work, which made it possible for us to reconnect," says Fisher. Using the skills of NVC, they were able to express feelings and needs, and then come up with strategies after those had been expressed. "Before, I would jump right to a strategy, and so would he—that's the male way, to fix things! Stepping back to the feelings and needs really helps with that." Together, they attended Reeves' practice group for about a year, and in 2011 they got married. Fisher credits NVC for their harmonious relationship ("It made our communication more communicable"); she also applies its skills professionally within her company, Tutoring Up-Grades. "It's fun to implement and very satisfying," she says. "I share it with anybody who's looking for resources to help them have more meaningful relationships with themselves and others."

Learning to "Do" Love

In the Mideast today, peace seems as elusive as ever—but that only encourages Wall to keep up her work there. Over the past five years, she has co-led three nine-day trainings and six long-weekend trainings; hundreds have attended so far. Some of the trainings are just for women, which makes it easier for religious Muslim and Jewish women to attend. A next step is to offer separate trainings for Israelis and Palestinians so that each culture can bring NVC into its own families and communities. "This is so important, because right now there are huge divides within the Palestinian community and the Israeli Jewish community," says Wall. Another priority is to train more Palestinians; one, a man from Dura, recently arrived in Seattle at an NVC family camp, where he's learning how to set up and run a similar Palestinian family camp planned for the Mideast.

"What happens at most of the trainings is that when people hear someone else's needs, or pain, which can be difficult to hear, their hearts start to open. They start to have an idea of other strategies," says Wall. "What also happens, whether I'm teaching just Israelis or just Palestinians, is that someone will say, wait a minute—could we use this with the Palestinians? Or, how would this work with the Israelis?" Using NVC within the family is the first step—and inevitably it ripples out toward the greater community and even toward people we think of as enemies. It's not about condoning things we don't want to condone, or accepting things we don't want to accept, says Wall. It's about hearing each other in a new way. "This is so connected to living in a way that makes manifest the world we are yearning for, which is a world in which everyone's needs are included and valued in the decisions that affect them, whether it's a child or an Israeli or a Palestinian."

The potential of NVC to open up new avenues of consciousness is something that excites trainers like Wall and Reeves, and practitioners like Fisher. "It's really about making visible in our communication and our choices what is usually invisible, which is love," says Wall. "I think in every human heart there is this yearning to bring out love, or as [Rosenberg] said, to do love. On a deeper level it helps us ask, what is it that's blocking me from expressing myself in a way that makes it easy for others to see the love? And what is it that's blocking people from receiving it? I think of NVC as helping us find the tools to bring out the love that's already in there."

Who Is The True You?