Since at least the 1990s, Hudson has been a destination for architects and designers thanks to the mile-long cornucopia of fine antique dealerships that is Warren Street. And that design-forward tendency has only been amplified by the tide of urban transplants who’ve relocated to the waterfront city, bringing with them studios, workshops, and galleries. Last spring, Workstead, one of New York’s premier design studios, opened an outpost there—and this fall they’re introducing Archetype, an elegantly geometric new signature lighting line.

When Workstead opened an appointment-only studio in Hudson, Architectural Digest took notice, saying the trio of Stefanie Brechbuehler, Robert Highsmith, and Ryan Mahoney “know how to build buzz,” citing the Wythe in Williamsburg, the Dewberry in Charleston, and “eminently Instagrammable” rooms at Rivertown Lodge in Hudson itself as eye-catching achievements.  Not bad for a design studio that opened its doors in 2009.

“My wife Stefanie is really the visionary behind the company’s founding,” says Highsmith. “Since Workstead’s inception, we were both inspired by her time working with Michael Graves and his philosophy and business model to have a combined interiors/architecture and products company. And when Ryan Mahoney joined us we were really able to bring that model to life on our own scale.”

Described by People magazine in 2016 as “tastemakers shaping the interiors world right now,” the lighting studio brings together three born creatives who all earned their chops at Rhode Island School of Design. 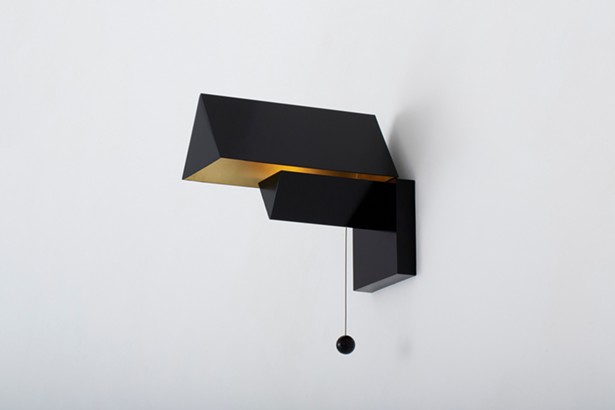 Highsmith began his life of disciplined creative expression at age five, playing the violin, and achieved his BA in music before opting to carry on the family tradition of architecture. “While at RISD, I switched from the performing arts to the visual arts, fully making that creative transition. I also come from a long line of architects, three generations, so shifting into Interiors and architecture felt seamless for me.”

His fellow designer, Brechbuehler, born in Switzerland, received her Bachelors of Interior Architecture from the School of the Art Institute of Chicago and a Masters in Architecture with honors from RISD, along with studies at the School of Art and Design in Zurich. Before creating Workstead, she worked with Gensler, Roman and Williams, Stempel Form, Gluckman Mayner, and Michael Graves.

Architect Mahoney, who graduated from RISD the same year as Brechbuehler and joined forces with Workstead in 2010, has a background that includes sculpture and set design for Chicago’s Redmoon Theatre and a few years with a small New England outfit.

With three architects at the helm, it's no wonder that Workstead's light fixtures have a structure-ly feel.  The new collection, Archetype, is set to debut with three fixtures inspired by the design ethos of Modernist architects such as Philip Johnson, Marcel Breuer, Le Corbusier and Alvar Aalto,” says the studio’s press release. “Three volumetric shapes: Vault, Gable, and Block, realized across three typologies including a sconce, pendant, and floor lamp. The three forms are a nod toward legendary Modernist architecture and reflect the studio’s admiration for the influential period. Released in matte brass, nickel, and bronze finishes, the fixtures push the boundaries of conventional scale and emit a delicate luminosity, highlighting their sculptural presence. “Lighting design has been an essential part of Workstead’s practice since our founding,” says Highsmith. “It has become a signature product that we are widely recognized for. In celebrating our 10th anniversary this year, I thought it fitting to produce a collection that reflected on the past and those pioneers who have always inspired us. With Archetype, we were inspired to create a lighting collection through an architect’s lens. I love the idea that Johnson and other Modernists were approaching a lighting fixture as they would a building. Our fixtures embody the same architectural references and proportions—a structure that is fundamentally refined and functional.”

The Archetype lighting line debuted November 1. Fixtures begin at $1,250 and can be found online at Workstead.com.