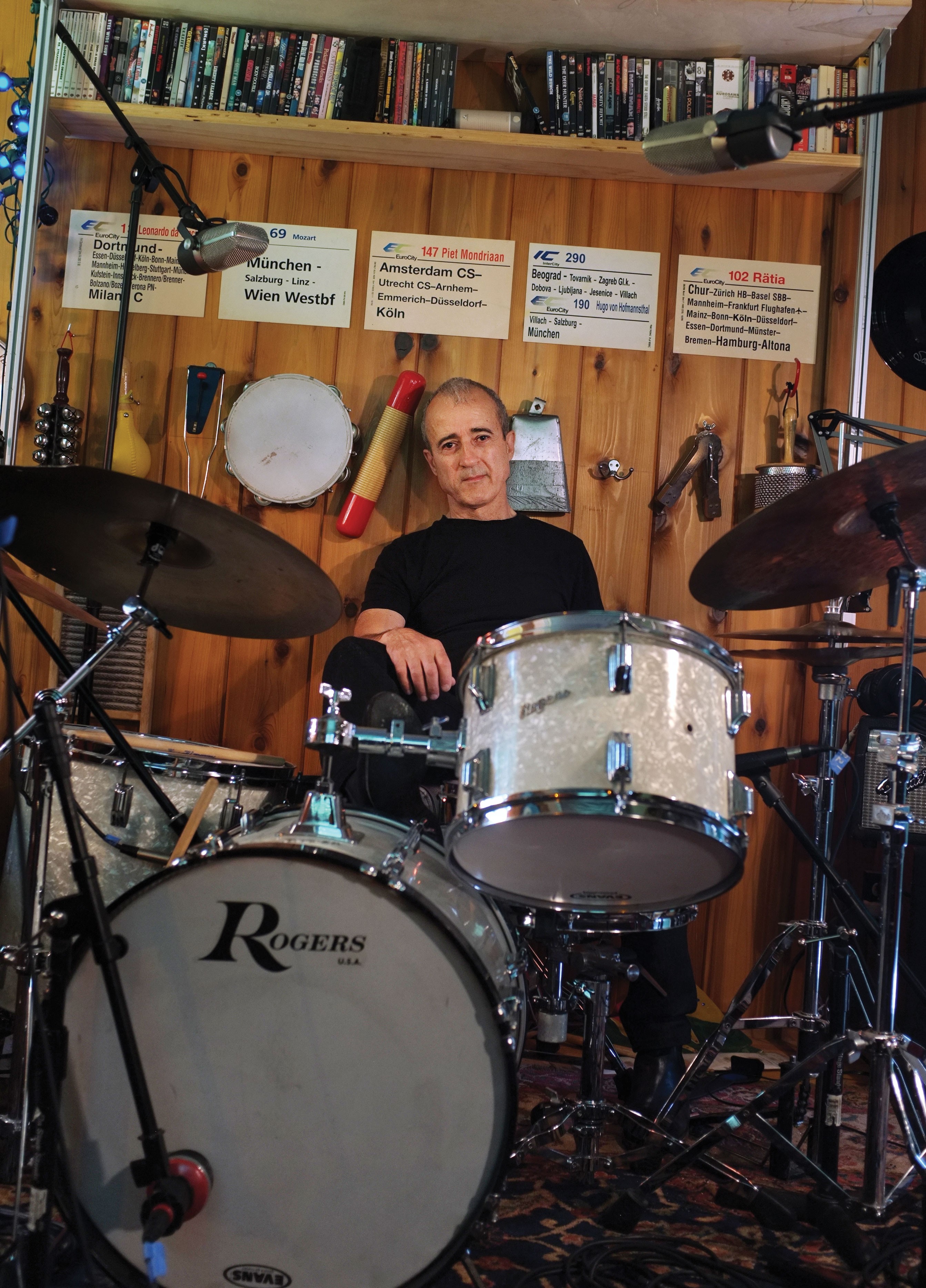 During periods of peak flow, almost six million cubic feet of water crash over Niagara Falls every minute. The noisiest area directly below the three separate waterfalls has been measured at 95 decibels, which, in the centuries before electronic amplification, made it one of the loudest spots on Earth. And, even today, if you stand next to this breathtaking site long enough the constant white noise can begin to feel deafening. But as the terrain fans out around the falls and you move further away, the sound changes. Especially after dark, when the manmade racket of the day has died down.

"At night there's this steady, low roar that's always there," says drummer and composer Bobby Previte, who grew up roughly 40 blocks from the falls. "When I was a little kid, the first time we went on a family a trip, I got really freaked out at night because it was totally quiet around the place we were staying. I asked my mom, 'Where's the sound?!' And she had to explain to me that what I was missing was the sound of the falls, and we'd hear it again when we were back home. I'd been hearing it every night since I was born, so I just thought the sound of the falls at night was the sound that night made. I'm sure that sound is in my music."

Doubtless it is, among many other astounding sounds. Previte, 63, is equally revered for his magical skills as a musician and the constantly surprising works he produces as a composer of ensemble, film, dance, and theatrical scores. A list of the names who've drawn on his talents stretches from John Adams to John Zorn. Over his nearly four-decade professional career, his innovative rhythms, bold arrangements, and deep aural palette have crossed and re-crossed the boundaries between jazz, classical, avant-garde, R&B, straight-up rock, and electronic music.

Niagara Falls' culture centers, literally, on rushing water. But when it came to music, Previte's early home life was dry as a bone. "My family was the opposite of a musical family. We didn't even have a record player," the drummer recalls. "But since I was raised Catholic, I did hear music at church and at weddings. Eventually I started listening to the radio, which back then [the 1950s] wasn't the narrow thing commercial radio is today, where they play the same 10 tunes every hour. So I just became totally infused with R&B, blues, soul, and rock 'n' roll." Previte picked up acoustic guitar and made his stage debut at age five, singing "Hound Dog" at a local talent show. When he was in his early teens, however, his attention shifted to his cousin's shiny new drum set. "His family was better off, so he always got everything he wanted," says Previte. "But he let me sit down and play his drums one day and it just felt like home." The aspiring percussionist pieced together his own rat-rod drum set using rusted garbage cans, aluminum pie plates, and other found items and formed a cover band, the Devil's Disciples. The group, oddly enough, landed its first gig at a church—only to be fired before playing a note when the officials saw Previte's junkyard kit. Undaunted, he saved enough money from his paper route to purchase his first "real" set (still in his home studio today) and kept practicing, inspired by his early heroes, Ringo Starr, Ginger Baker, Mitch Mitchell, Jethro Tull's Clive Bunker, and King Crimson's Michael Gilles. "Then I started reading about and discovering all of these jazz guys—Buddy Rich, Louie Bellson, Cozy Cole," he explains. "But my folks were dead-set against me becoming a musician. My dad actually died without ever seeing me play. I remember coming home one night from a gig my band had done and showing him the money I'd made—$3! [Laughs.] He and my mom were more excited about me being the first kid in the family to go to college, to become a dentist."

The University of Buffalo was close by and affordable, but it was soon clear that dentistry was never going to be something Previte could sink his teeth into. "I was miserable," he moans. "But, looking back decades later, going to school there was the exact right thing for me to do." In the 1970s, the University of Buffalo's campus was a crossroads of contemporary music in the US. Among others, its guest lecturers and faculty at various times included the composers John Cage, Tony Conrad, Lejaren Hiller, Morton Feldman, and Jan Williams. Previte studied under Williams, a pioneer of new approaches to percussion performance, and was indelibly impacted by his precepts. "Through Jan, I became fascinated with percussion ensemble music," says Previte. "I saw that in certain modern music percussion had been emancipated, going from instrumentation that had largely been seen for centuries as the 'spice,' or accompaniment, for other instruments to something unto itself. Something that had an unlimited pallete. For me that was like the moment in The Wizard of Oz when everything suddenly goes from black and white to color. My foundation was in psychedelic rock. But after hearing stuff like Varese, Charles Mingus, the Art Ensemble of Chicago, [free jazz drummers] Sunny Murray, and Jerome Cooper, there was no turning back."