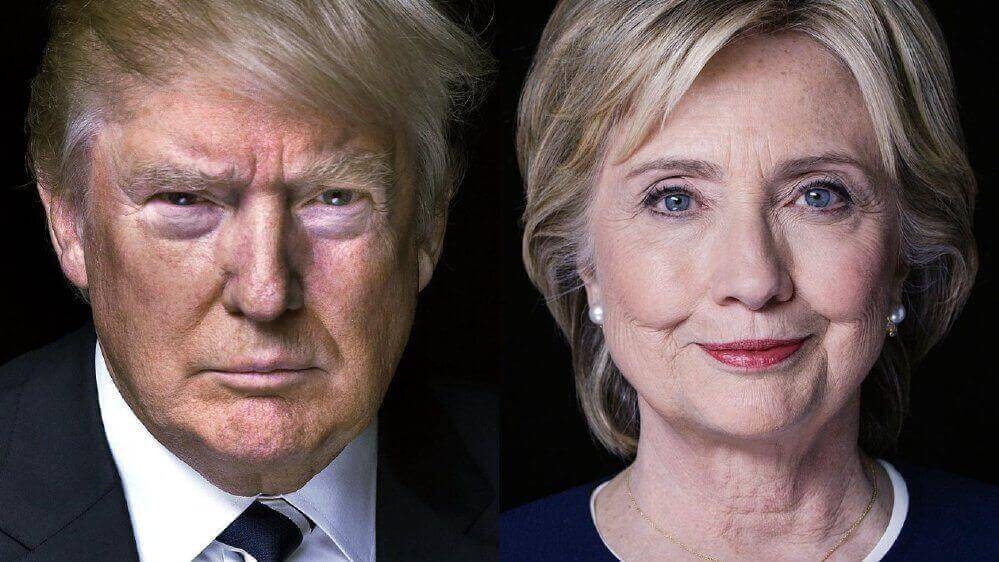 Wow, was I fooled.

I did know that Hillary was a terrible candidate. But she had so much money. She supposedly had a machine that was well organized. She was supposed to have a great ground game. Her opponent appeared to have none of the above.

Her opponent was a pouter pigeon imitation of a generalissimo from a banana republic, without even the excuse of coming from the military.

Then there were the polls and the media. Which assured me, and us all, to a huge degree of certainty, that she would win and he would lose.

The people of America wanted change. More than change. Something between a coup and a revolution.

They took the only one on offer.

They'd done it the last time they had the chance. In retrospect, that was what Barack Obama's first election was about. It was to reject the elites that had brought about the financial and military and foreign policy disasters of the Bush years.

They expected more from the Obama years. But Obama turned out to be too conservative. He didn't go after the bankers. He didn't really go after the banks. He didn't revive the wages and benefits of lower and middle class employees. He tried to withdraw from America's military entanglements. But the regions where the wars were being fought didn't cooperate, and turned withdrawal into something that looked like disaster and even defeat.

When the Republicans ran the sound, safe, respectable Mitt Romney against Obama in 2008, the people knew that it was just one elite member of the establishment against another and there was nothing to make them jump to the distinctly duller, white version of the incumbent.

This election the Democrats ran as the establishment. Hillary was the candidate of The Party. She'd been part of the machine for decades. She was entwined with Wall Street and big money. She had come to live and hobnob, day in and day out, with the well connected, the super-rich, and the holders of power.

The other thing that must be reiterated: No one in that establishment, Democrat or Republican, had given real thought to the losers in the game of income and wealth inequality that had been played against them for the last five decades. If anything, the establishments were willfully blind to what was happening. The Left had embraced social progressivism. But somehow, in the process, had abandoned economic progressivism. The Right kept pressing forward with anti-tax, anti-redistribution, anti-government policies that had been so successful for Ronald Reagan, and then for his heirs and successors. So the Center, on economics, moved ever further to the Right. Part of the success of social progress meant the rejection and alienation of what used to be the mainstream voters, the white working class.

Again, in retrospect, it shows that even the pollsters were somehow part of the establishment. It was a signal that they too had become corrupted. Not in the sense of selling out for money, but in the sense of buying into the thought patterns and conventions of the intertwined and interwoven establishment of politics, money, the military, power, and academia.

Trump is, without doubt, a strange, even a terrible choice to be a defender of working people and people of low and middle income. There is no logical connection between his promises to them and his policies. Indeed, his policies, to the degree that they have been articulated, point in the other direction: Toward greater income inequality. Toward more power for the super-rich. To greater deficits—if that is actually a real problem. If history is a guide, the results of Trumponomics will be a repeat of Bushonomics but bigger. Huge tax cuts for the rich have always resulted in a boom that turns into a bubble, which turns into a crash, with bank failures, then a depression or a recession.

Not only did he win, he has a Republican Congress, a Republican Senate, and the opportunity to nominate at least one new member of the Supreme Court who will be friendly to his policies will almost certainly be accepted. Republican dreams of destroying government, especially the programs that work—Medicare, Medicaid, Social Security—and turning the money that flows through them to profiteers, are even more destructive than Trump's ideas. They will make survival even more tenuous for everyone except at the very top. They will make the next crash far more certain and far worse.

On one level, it is a triumph of the will of the people over the cozy corruption of the establishment. At the same time, it was a logic-free act of lunacy that will make things even worse for the people who chose him.