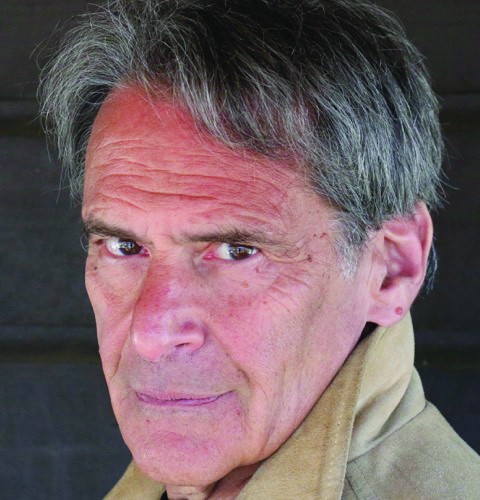 Disclaimer. I am not trained, qualified, experienced, or licensed in any way whatsoever to give investing advice.

Trump is going to give big, huge, tax cuts to the rich. The best tax cuts ever!

We don't have to look very far to see what can ensue. Go back to 2001. George W. Bush was president. He cut taxes, twice. The result was a boom.

Will that happen again?

In 1964 and `65, the top rate was cut from 90 percent down to 70 percent. There was a brief uptick, then a moderate fall, not quite a crash, after which the market basically flat-lined for the next 16 years. Why was that different? A 70percent bite on high incomes is still pretty high. Domestic financial and bank regulations were still strong. Plus the Bretton Woods system, worldwide rules designed to create financial stability, was still in effect. It limited, as did most nations individually, the free flow of capital.

The three booms that did follow tax cuts all became bubbles. All burst and became crashes that took down lots of banks and ended with a depression and recessions.

In addition, when Bill Clinton cut the capital gains rate in 1997, the tech boom that was already under way became the tech bubble that ended with the Crash of 2000 and the recession of the early Bush years.

Tax cuts for the rich mean investors suddenly have lots more money to invest with. If there's a shortage of capital in the world and that's what's holding things back, it might be great. But there isn't. The world is awash with capital. Companies like Apple are simply hoarding billions for lack of productive ways to invest it.

Investors with lots of money. No particular new places to invest in. Too much money chasing too few goods (productive investments). Classic inflation. Prices go up. Each year with low taxes, capital increases, inflation increases, markets go up.

Try the Citigroup Plutonomy Reports of 2005. They point out, "Rising Tides Lifting Yachts," and recommend "Binge on Bling." It's déjà vu all over again. If a Russian oligarch would buy it for his mistress or girlfriend, if Donald Trump would get it to go with his gold-plated toilet fixtures, those are the products that will continue to sell very well.

Everything will probably go up, but companies that cater to the great masses won't do as well.

But what if Trump really raises trade barriers? Won't manufacturing jobs come back? Perhaps some. Will they be good jobs? Nowadays, entry-level auto workers make $14 an hour. Below the recommended minimum wage. Trump is against raising even the minimum wage we have now. Republicans in general are hell-bent on breaking the public services unions. More downward pressure. That's not a comeback for the middle class.

The fossil fuel industry seems set to get whatever it wants. That seems to be the freedom to "drill, baby, drill," dig, mutha, dig, remove the mountaintops, rock those `quakes. Which has already produced an oversupply that's reduced profitability. But lower wages, less care for the environment, fewer regulations, and less enforcement should, in the short term, mean more profits.

Trump has promised infrastructure spending. That he intends to go about it is the way he's gone about his own career. Using tax breaks and tax avoidance and special deals to turn the public good into untaxed private profits. Toll roads to charter schools. Wherever possible, nonunion and less-than-standard wages.

The dollar gets stronger.

After Brexit, followed by more European discontents, people have already become nervous about the euro. We don't hear about it, but China has its own troubles with bubbles. Other Asian countries will be threatened by Trump's antitrade tirades. More movement to the dollar. Yet, if anything like growth appears anywhere in the world, the trillions upon trillions of investment money sloshing around the globe will rush to it. Any signs of a wobble, they'll rush right out. Look for more local bubbles and local crashes.

The trick, the really big trick for investors is timing.

How do we know when a boom is becoming a bubble?

If it's a tech boom, it's when prices reach insane levels and financial gurus explain why "this time it's different."

In a financial boom—as this one will be—it's when money goes to non-productive investments. Watch real estate—there are always real estate bubbles in these things. More important—the financial sector, banks, hedge funds and the like. When new forms of leverage and exotic new fiscal instruments appear, it means that there's nowhere for money to go except to bet on money.

How long before the bubble bursts?

How long will this one be? Short or long?

We need to step sideways for a moment. This type of cycle—tax-cut-boom-bubble-crash-recession—reverses after a tax hike. This is heresy but true. It's why the Bush (the first Bush) recession never really ended for anyone but the rich and why the Great Recession (after the Crash of '08) lingered on and on and only turned after the tax hike of 2014. Remember, virtually all the economic gains of the Obama recovery, went straight to the top. So, in essence, we've had two big bubbles for the rich, 2002 to 2008 and 2009 to the present, with one long recession from 2001 to 2014 and a short recovery from 2014 to 2016 for everyone else.

Does the two-year twitch mean we start dating the Trump Bubble from 2017? Or is it on top of the Obama Recovery Bubble, meaning we move the start point of that six-to-eight-year cycle further back? Best guess, the latest it comes is 2023—unlikely to be that long. The short end, 2019 or 2020 is more likely.

Once again, a severe and urgent warning: I am not trained, qualified, experienced, or licensed in any way whatsoever to give investing advice. This column should be illegal. Good luck to us all.