Larry Beinhart's Body Politic: Nobody Dies Because They Don't Have Health Care 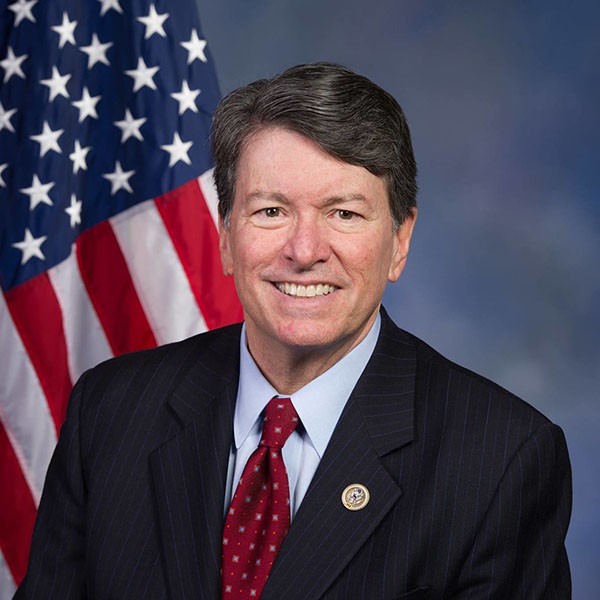 The congressman for my district, New York's 19th, is John Faso. The most striking piece of legislation he's introduced or co-sponsored is the Pet and Women Safety Act. I wouldn't make that up. That's the bill's name. Its acronym is the PAWS Act.

Faso ran as a "moderate" Republican. Which is a bit like an elephant looking you in the eye and swearing he's a wooly mammoth, which, you and he should both know, is an extinct species. However, much of the media bought it, including Alan Chartok of WAMC, and Politico. When he got to Congress, Faso voted the Trump line 90 percent of the time. That includes casting one of the votes that carried TrumpCare over the line in the House of Representatives by a very narrow margin. It's a dreadful bill. It should be called the Trump Anti-Care Bill. Or the Huugge Tax Cut for the Very, Very Rich by Taking Health Care from Millions of Regular People Bill.

It is also a virulently anti-New York bill. It replaces Obamacare subsidies for people who can't afford health insurance with tax credits. These tax credits are, naturally, much smaller amounts. But that hardly matters because they can't be used for policies that cover abortion, which all policies in New York State currently do, as required by state law. So Faso has voted for a bill to remove all government help in buying health insurance for citizens of his state.

Since that vote, Faso's become best known as "No-show John," refusing invitations to town halls in his district, seemingly afraid to defend the indefensible. Yet Faso is actually pretty good at defending the bill. He sticks relentlessly to the talking points. He uses all the buzz words: lower premiums and deductibles, giving states more say, control costs, lower costs, reducing property taxes. He's a smooth and disciplined man—even if fearful of confronting his constituents—and he never lets slip the toxic leaks we've heard from other Republicans.

These inadvertent blurts are worthy of attention. They illuminate the true spirit of Trumpcare.

Republican congressman Raul R. Labrador declared that, "Nobody dies because they don't have health care." He later tried to walk it back. "I was trying to explain that all hospitals are required by law to treat patients to emergency care regardless of their ability to pay," promising that the Republican plan "does not change that."

That version is not quite accurate. Most, not all, hospitals are required to treat patients, but only if their condition qualifies as an emergency. And only to the point where they are stabilized. Neither standard is a prescription for creating optimum health.

Nor does it move the original loony line any closer to the truth. In 2009, the American Journal of Public Health published a study that concluded "nearly 45,000 annual deaths are associated with lack of health insurance" and that "uninsured, working-age Americans have a 40 percent higher risk of death than their privately insured counterparts"

It is also fiscally asinine. Using emergency rooms as the basic medical facility for a significant portion of the population is one of the reasons that Americans spend more on health care to get less. We spend 50 percent more per capita than Norwegians, twice as much as the Swedes and French, and two and a half times more than the Japanese, but have fewer doctors, higher infant mortality, and don't live as long.

What do they do that's so different? One thing they all have in common is universal health care. Why do Americans resist it with the ferocity of an animal in a trap gnawing off its own leg?

Congressman Mo Brooks of Alabama explains that the people without pre-existing conditions are "those people who lead good lives. They're healthy. They've done the things that keep their bodies healthy." People who have pre-existing conditions, in the mind of Mo Brooks, must be people who've lead bad lives and deserve to be ill. Putting them both in the same insurance system is what is causing the dreadful result for the people "who have done things the right way that are seeing their costs skyrocketing."

Republican congressman Roger Marshall said, "Just like Jesus said, 'The poor will always be with us.' There's a group of people that just don't want health care and aren't going to take care of themselves." Keep in mind that Marshall is a doctor, in addition to being the bearer of Christ's message that there's really no point in helping anyone who's not already at least well-to-do.

Can it get any worse? Yes, it can. Republicans have come out against motherhood.

The always sententious Charles Krauthammer wrote, "A 60-year-old couple doesn't need maternity coverage. Why should they be forced to pay for it? And I don't know about you, but I don't need lactation services." One curmudgeon doth not an anti-mom movement make. So hear from more. Congressman Scott Perry of said, "I have two children, we're not having any more, I don't want to pay for maternity care. Some people don't want to own a Cadillac, but should we want to make everybody pay for a Cadillac?" As it happens, Perry's children are both girls. They may, someday, become pregnant. Is Perry missing some fundamental concept of how life functions? Congressman John Shimkus thinks men shouldn't have to buy insurance that includes pre-natal care. He's also virulently against abortion. Thus, the life of the unborn is sacred, but the health of the unborn is its own damn problem—certainly not their father's or grandfather's.

There are always claims that the free market will do it better. American health care has been much closer to being market based than anywhere else. That's what's led us to the highest costs. The idea that a consumer can choose based on price and service is a bizarre fantasy. As the surgeon and his team prepare to cut you open for bypass surgery, will you say, "Wait! Can I have a list of your charges? And I'd like to compare them to at least three other providers. Make sure that you include all the options. I hate it when I get to an airline and have to pay extra for carryon bags."

Presumably there are real solutions to America's health care woes. Trump Anti-Care includes none of them. As for John Faso, even if the bill never gets through the Senate or gets substantially changed along the way, his vote for it is misguided and shameful, as full of lies as an elephant claiming to be a wooly mammoth.