Black Horse and the Cherry Tree 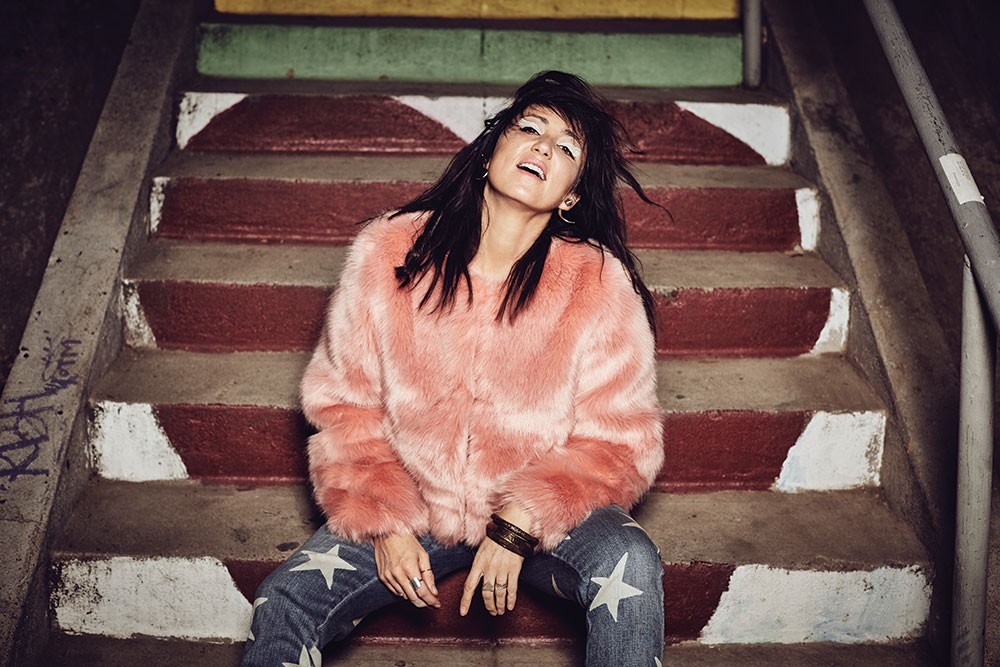 KT Tunstall was adopted at 18 days old and raised by a physics lecturer and primary school teacher, neither of whom were music lovers. Her parents supported exploration but also suggested taking a serious approach to all pursuits; therefore Tunstall started classical piano training at four years old, after it was undeniable that music was in her. Tunstall also got involved in theater at a young age and quickly knew she loved having an audience.

After 12 years of formal studies in piano and flute, Tunstall picked up a guitar and started singing. With no training, Tunstall developed her new voice without influence. Well, no "formal" influence, that is. "When I was 16 I met a brilliant punk-folk musician named King Creosote at my first gig," Tunstall says. "He was my mentor for many years and a big reason I resisted the record labels until my late 20s." Tunstall's introduction to the collective of musicians operating under the Fence "label" led by King Creosote (Kenny Anderson) allowed her to step off the academic path musically and start blazing her own trail. After years of fighting the establishment, Tunstall eventually left London in search of a major record deal. By no means did she sellout or give up, she simply saw where she was heading.

Tunstall's style evolved into something quite different from most of the music the folks involved in the Fence collective were playing, and according to Tunstall, "It was more accessible." She was right. At 27, Tunstall signed a record deal after years earning her stripes in both Scotland and London, and once Eye to the Telescope was released in 2004, her career took off like a rocket. "I never expected my first album to sell five million copies," says Tunstall, whose one-girl band video for "Black Horse and the Cherry Tree," helped fuel her fame. "I was just hoping I would get to go on tour in a van."

In the 10 years since Tunstall released her debut album, she has followed up with four more, and her newest release, Kin, is a return to her roots. "Each record I have made was a soundtrack to what I was going through in my life at that time," says Tunstall. "The last record I made [Invisible Empire // Crescent Moon] was like the soundtrack to a funeral. My dad had died. My marriage had broken up. My life was upside down. It was a time full of heartache and change. All that came out on a folk record. That tour really burned me out, and I doubted if I was ever gonna make another album." Tunstall processed loss, grief, and confusion live onstage, and played songs outside the bounds of her normally dynamic material. "Looking back, it was a wonderful gift to process everything on that record," says Tunstall. "After that tour I went through a period of deep self-reflection. I had built the wrong life, and I had to examine how that happened."

Tunstall focused on writing scores for films, one of the reasons she moved to Los Angeles a couple of years ago, with no plans of ever releasing an album again. Places like Laurel Canyon, Topanga Canyon, and Mulholland Drive, and music made in and about those places in the past, lent new found inspiration to Tunstall. "I started writing these really big pop songs and they felt like the songs I wrote for my first record. I hadn't felt that way in almost 10 years. I was carefree and unbridled. There was no pressure. Somehow I got the fire back and I dove in headfirst to make the record. It feels like the start of part two of my life. This record is about how I became a better person as a result of hard times." KT Tunstall performs at Daryl's House in Pawling on February 26 at 7pm. (845) 289-0185.