These days, to call forth an image of America's heartland is to summon the sight of a swath of corn stretching into the horizon. But it wasn't always like that—it was once a patchwork of diversified family farms. In 1971, Earl Butz was appointed secretary of agriculture by President Nixon. Known for his horn-rimmed glasses and surly misdemeanor, the Midwestern conservative heralded a change in the American food landscape. His fierce "get big or get out" campaign nocked the arrow of industrial agriculture that pierced the nation's farmland.

As the rip tide of Big Ag began sucking under small and medium-sized farms, a group of Waldorf educators in the Northeast banded together to raise funds for a farm that they could cultivate biodynamically and use as a place-based learning center for children. "Hawthorne Valley has always been about connection—an enterprise of reconnecting people to soil, to their community, and to their own sense of purpose and higher calling in world," says Executive Director Martin Ping.

In July 1972, the founders purchased a farm nestled in the small Columbia County hamlet of Harlemville and set out to prove the viability of small and mid-sized farming, while creating an oasis where children, who were growing up in an increasingly materialistic and mechanized culture, could mend their frayed connection to nature. More than four decades later, the organization has all but taken over Harlemville, expanding to include 900 acres and most of the buildings along Main Street.

More Than the Sum of Its Parts

Hawthorne Valley embodies the principles of biodynamic agriculture in which the farm is viewed as an organism made up of interdependent "organs" that contribute to the overall health and resilience of the whole. In Hawthorne Valley's case, these organs include a K to 12 Waldorf school; visiting student programs; Biodynamic veggie and dairy farm operations; an organic product line; a full-line grocery store; social, ecological, and cultural research initiatives; and teacher training programs.

The project pushes back on Butz's theory that small farms were doomed to fail. Ping is cautious to overstate the organization's triumphs, however. "This all remains a work in progress, and the long-term success of small and mid-size farms remains fragile as they try to operate in an financial system that favors the large," he says. "To the extent that Hawthorne Valley has been modestly successful, as a work in progress, I would say that it is largely attributable to the holistic approach we take in integrating our work across a diverse spectrum of initiatives and enterprises." He points to their direct marketing efforts (their CSA, farmers' markets, and retail farm store) and their diversified on-farm value-adding programs (the bakery, creamery, and fermentation operations) as the keys to remaining financially viable.

It helps, too, that the public is finally catching up with Hawthorne Valley's longheld food values. Organic is the fastest growing sector of the food industry, with consistent double-digit growth every year over the past decade. In 2016 alone, US shoppers spent $47 billion on organic products, accounting for more than five percent of total food sales. Andreas Schneider, Hawthorne Valley alumnus and the Director of Farm Production Enterprises, says, "We are absolutely seeing this revolution in how people think about what they eat. It is really a statement about wellness and wanting foods that are good for your body, that give you a stronger connection to land where food is produced."

Have Your Kraut and Eat it Too

Since 1999, Hawthorne Valley has operated a "kraut cellar" on campus out of a 1,500-square-foot basement space. Their product line includes rotating flavors of kraut (caraway and jalapeño, to name two), kimchi, curtido, kvass, and hot sauce. National excitement has bubbled up around raw, probiotic foods as public awareness about the detrimental health impacts of processed products has increased. Amidst this growing trend, Hawthorne Valley ferments became an in-demand fixture in the region's natural food stores and co-ops, but their facility was unsuited to meet the growing market. 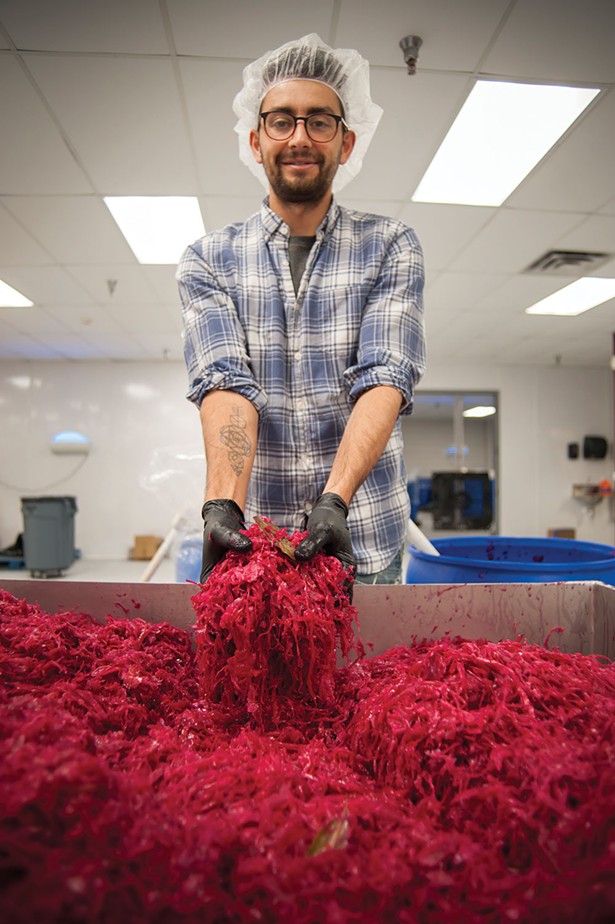 "The kraut business was sitting under the nonprofit Hawthorne Valley. They recognized at the right moment that it was stifling their growth," says Kate Danaher, the senior director of Social Enterprise Lending and Integrated Capital at RSF Social Finance. RSF is a financial intermediary that works with investment and philanthropic capital to offer direct, transparent financial services to social enterprises. The company has a long relationship with Hawthorne Valley—it was once housed on the campus and has loaned the organization money multiple times.