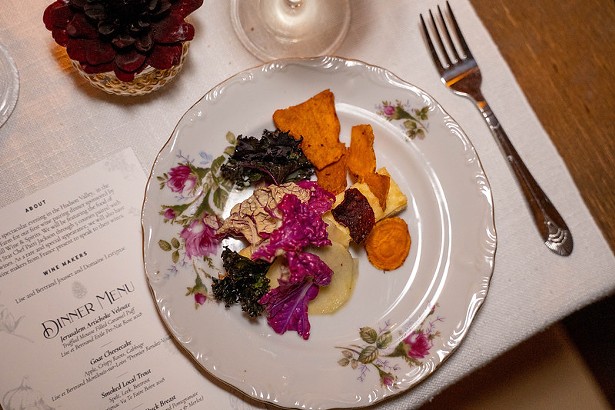 Starting now, Upstate wedding and event planners have a whole new option for Hudson Valley catering. Michelin-starred chef Patti Jackson has announced the launch of catering company Kitchen at Shale Hill Farm, serving the Hudson Valley and New York City. The former chef/owner of now-defunct but once-Michelin-starred Delaware & Hudson and former executive chef of I Trulli (both in New York City) is partnering with Dallas Gilpin, owner of The Dutch Ale House and Windmill Wine & Spirits in Saugerties.

New York City financial professional Gilpin and husband Ted saw their Hudson Valley weekend journeys morph into a weekend home in 2012. As often happens, the weekends got longer till the city became the visit and the country became home base.

“We fell in love with the area and bought a beautiful 1800s farmhouse from the founder of the Hudson Valley Garlic Festival,” says Dallas Gilpin. “Especially with young kids—we have three now — we wanted to be up here, so we started poking around to find a way to invest in the community and make full lives.


Opportunity knocked when their friends the Paviches, owners of the Dutch Ale House  where they’d held their wedding rehearsal dinner in 2013, confided that they were heading back downriver. The Gilpins purchased The Dutch in 2017 and renovated it with an eye to enhancing what they loved most, keeping the cozy historic feel while elevating the food. 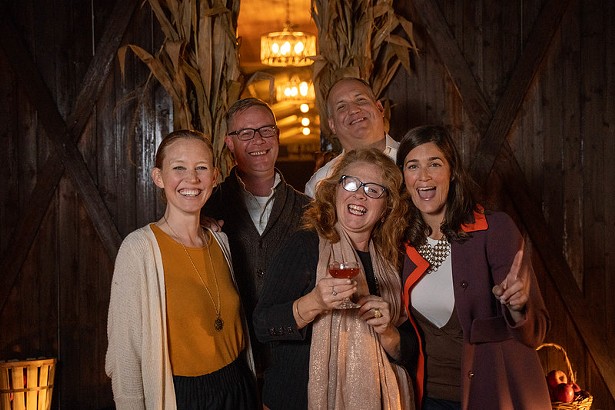 “It’s a fine line to walk, drawing in the weekenders and keeping the local feel,” says Gilpin. “We have an 80-year-old regular who had his first-ever beer here, We cherish that lineage. We also made some key changes, like replacing frozen ingredients with fresh local food, smoking meats in-house and so on.”

The Gilpins then purchased a second 1800s building in the village and created the “speakeasy-inspired” Windmill Wine and Spirits, “It offers multiple price points with elevated service," Gilpin says. "We have a former bartender there who’s an expert at reading your mood and guiding you to the perfect bottle.”

People were soon asking about catering. “We got a lot of inquiries about it, but the Dutch just never felt right for that,” says Gilpin. “Then I started working with Jenny Oz LeRoy—she was at Tavern On The Green before she bought Oz Farm and made a wonderful event space. Talking to people, I felt there was a real need for a level of catering that can be hard to find up here: great local product, elegant technique-driven preparation, impeccable service, custom beverage lists.” 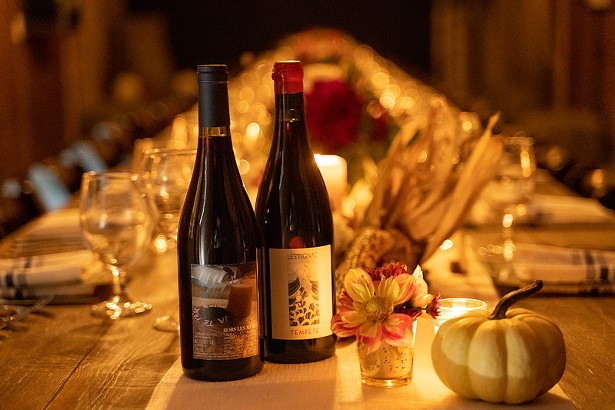 Meanwhile, Jackson had decided that after several wildly successful years it was time to close her Michelin-starred Williamsburg eatery, Delaware and Hudson. “I wanted to appeal to city couples who come up here to marry, so I started picking Patti’s brain,” says Gilpin. “To my delight, she said she’d be interested in being our chef.”

“I’m excited about work again!” says Jackson. “I love combining the revival of the classic with the best of the new. I’m thrilled with the chance to be part of people’s occasions. I had a lot of adventures in the New York chef life, and now I have a whole new realm of creative possibilities.” Those possibilities, reflected in the menu, make a mouthwatering read.

The team offers a seamless end-to-end event experience, transposing skills forged in the fires of Food World NYC into spacious, gracious country venues, collaborating with local growers and crafters to serve the very best. “We have set menus, but they’re incredibly flexible,” says Jackson. “Want a dim sum bar, an Italian feast, or pigs-in-blankets? Your call, but I promise you it'll the best you’ve ever had.”

“This is such a rich area,” says Gilpin. “I mean, we have 16 different local beers at the Dutch, and the spirits made by amazing local distillers. I love meeting the creators and hearing their stories. Two of my absolute favorite vineyards are now local—who’d have thought?”

The Hudson Valley's Wine Industry Reaches Critical Mass
While the Hudson Valley’s robust craft beverage scene may seem like a new phenomenon, this fertile region is actually home to America’s oldest winery and its oldest vineyard. In the past few years, local beer and spirits may have overshadowed wine, but the Hudson Valley vintners paved the way for so many others and their work is finally gaining recognition.
By Carrie Dykes
Craft Beverage Industry

The Gilpins’ business experience helps make it all work, but feeding and entertaining people is some of the most fun they’ve ever had, says Dallas, and she’s wildly happy at the prospect of helping create flawless milestone moments.

“Seeing people laughing, eating, enjoying live music—it just brings Ted and I so much joy,” she says. “And the kids are so happy here, out playing in the fields getting muddy. We fell in love with the area and the Saugerties community—it almost feels too good to be true, but it keeps getting better.”

That feeling of too good to be true with a splash of getting even better is what she and Jackson plan to bring to your catered celebration. “The goal is that not one second of your occasion will be frustrating,” Gilpin says. “The end-to-end service we offer is a wonderful thing to be able to offer a frantic bride—the chance to feel comfortable, easy and pampered all day long, and feast like royalty.”