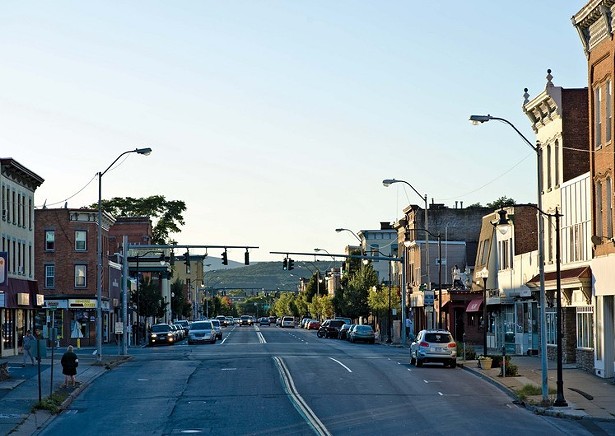 Despite widely held consensus that the Hudson Valley is experiencing an unprecedented housing crisis, there is little in the way of public agreement on the best way to go about addressing it. As a result, a patchwork of legislative solutions have hit the books in municipalities across the region the last few years, many of which, including in Hudson and Woodstock, have sought to curb the short-term rental market. The latest effort in Kingston—this time to reform the city’s entire zoning code—is in its final stretch, with public comments open for the second draft of its new zoning plan until September 30.


“In general, Kingston should be lauded for the effort, because at least they’re facing the issue and trying to do something about it,” says John C. Cappello, Esq., a partner at the Walden-based law firm Jacobowitz & Gubits who specializes in land use and municipal law. “A lot of municipalities seem to be putting the responsibility on developers to provide affordable housing in their communities without looking deeply at how to actually address the issue,” he says.

Kingston’s proposed new plan would change the city’s circa-1963 zoning from lots based on use (think: residential or commercial only) to form-based zoning, which allows for a wider range of potential uses of buildings as long as they conform to the neighborhood’s existing physical form and character. “It’s geared toward providing a mixed community, not just of incomes, but of business and commercial facilities too,” says Cappello. “It also gives the owners of a building much more flexibility with who their tenants are, and can speed up the often lengthy planning and approvals process when an owner wants to change uses, such as from a restaurant to a retail store.”


The new plan also aims to make it easier for homeowners in what are now single-family-zoned areas to add accessory dwellings on their lots. By doing so, the city is opening up the opportunity for current homeowners to help add housing in the community without the infrastructure costs of a large development. Another positive: It can potentially make home ownership more achievable, too.


“There are a lot of gaps between what people think of as ‘affordable housing’ and housing that is affordable,” says Cappello. “For a young family who would like to buy a house, having that extra little rent every month could be the difference between them owning and not owning a home.”


Adding an accessory apartment for an elderly family member is another use that offers the benefits of a smaller, more manageable space, while allowing them to maintain independence and proximity to their families for longer. “There are a lot of great opportunities for accessory dwellings,” Cappello says.


While Kingston’s proposed new plan is an innovative step toward addressing its systemic housing issues, Cappello cautions smaller surrounding towns and hamlets from believing that the work is done. “Cities should do what they can based on their infrastructure, but the outlying communities have to do their part too,” he says. “You can’t bemoan the gentrification in the larger cities when your municipality isn’t doing much to make housing affordable either.”


You can learn more about the law firm of Jacobowitz & Gubits at Jacobowitz.com.