It’s a fact of life that the average New Yorker can’t afford a sprawling, spacious home. Rather, it’s a point of pride to not only survive, but thrive, in a cramped, cubby-like space. Interior designer Melvin Jones learned all about decorating in confined spaces, not in the city, but on the water. Cutting his teeth designing on yachts in the Chesapeake Bay, Jones learned that living at sea and on Avenue C aren’t totally dissimilar.

For 20 years, Jones worked for his father in an upholstery refinishing and custom furniture design company in Baltimore. Later, when he lived in New York, he put two and two together. “It didn’t take me long to discover that a lot of New Yorkers don’t have enough space or storage,” he tells Chronogram. “You don’t waste one inch of space on a yacht, and you don’t waste one inch of space in a New York apartment.” 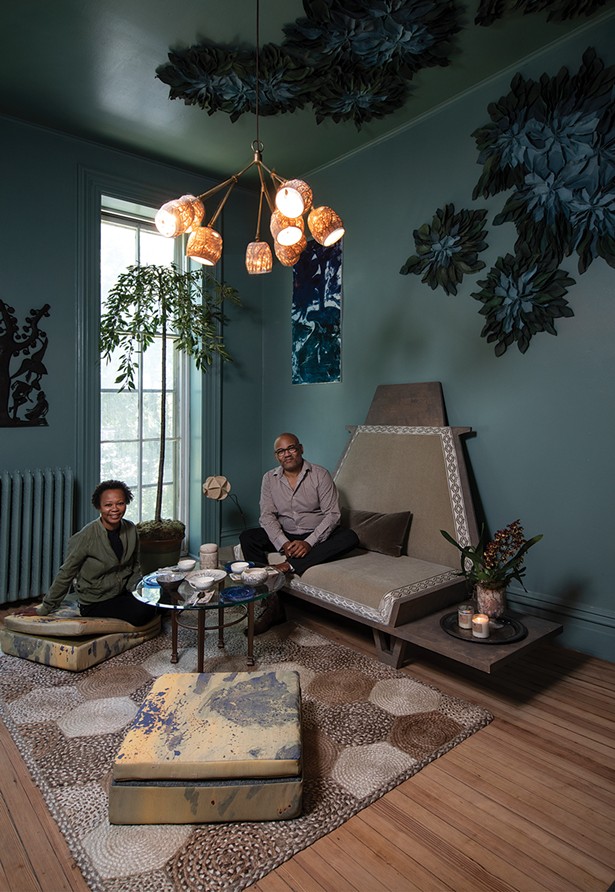 As it turns out, working in pint-sized areas helped Jones design for large homes. Today, he’s the senior designer for Damour Drake, a Hudson Valley design and construction firm founded by Maryline Damour and Fred Drake—themselves the developers of the Kingston Design Connection Showhouse. They designed the first floor master suite, a combination bedroom, bathroom, and closet with a yoga and meditation twist.


Damour Drake may work in larger spaces today, but they still value the organization-first tactic that small spaces demand. For Maryline Damour’s part, she homed in on the booming Airbnb industry in the Hudson Valley, and posed a question: how do you make a space both a fully livable home as well as a temporary vacation abode?


As it turns out, it started with reorganization and the same principles that could apply to a yacht or a tiny apartment. “You want to make it more of an experience than the way you traditionally decorate your house,” she says. “For those who are [designing] in private spaces, they should take into account [the homeowners’] functional needs for those spaces.”

“You want to make it more of an experience than the way you traditionally decorate your house." tweet this
After striking that balance between temporary and full-time living, Damour took it a step further by developing the bedroom into a yoga and meditation studio, even using the closet as a sauna. “You’re going to have a mini-spa in your house, if you will,” Damour says.

She and Jones are most excited about the piece de resistance: a large-scale sculpture of hand-dyed fabric made to look like leaves bursting from the ceiling and down the wall, made in collaboration with designer Sienna Martz.


“The average person doesn’t really think about the ceiling,” Damour says. “It’s an interesting way to bring the outside in, in a way we haven’t seen before.”


And, Jones insists, these bold statements are earned by staying cued in to the tiny details, which he picked up early on in those yachts and New York apartments. “If anything describes me, it’s attention to detail,” he says. “That’s the consistent thread. And we really enjoy what we do. We have a lot of fun.”