Keepers of the Tao 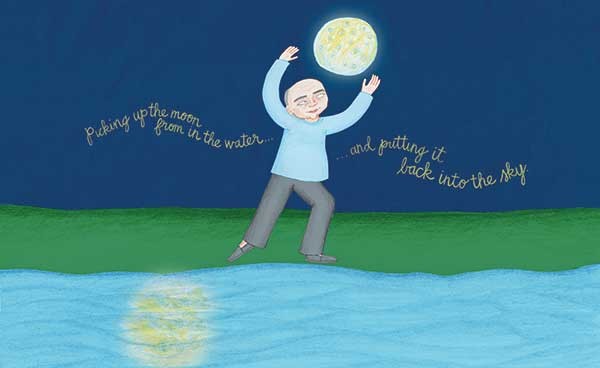 When aged Taoist master Kwan Saihung makes his way to a table at Yum Yum Noodle Bar in Kingston, he doesn't need a cane. The white-haired teacher of tai chi and qi gong breezes in, followed by one of his senior disciples, Paul Bloom. Over bowls of soba, Master Kwan regales Bloom and me with stories and spiritual lessons from his long and colorful life—a life so interesting that it was the subject of the 1993 tome Chronicles of Tao. Some readers have questioned the veracity of what the book's author, Deng Ming-Dao, calls a biographical novel—and seeing my copy on the table, Kwan cautions me not to believe everything in its pages. Deng, a onetime student of Kwan's, took artistic license; the effect was cinematic. "My life was not a movie," he says. "This is a very serious life." Yet the stories Kwan tells are every bit as fantastical as the ones in the book—from an aristocratic early childhood in China and a monastic upbringing on the mountain of Hua Shan to his arrival and travels in the US in the 1960s. Along with brief stints as a Peking Opera star, village doctor, Golden Gloves boxer, and soldier, Kwan has followed the path of the Tao since he took his vows at 12 years old. If he's everything he claims, he may well be a living example of an ancient tradition, a primary source of Chinese heritage and wisdom. How ironic it seems at the end of our meal, then, when the waiter presents our check on an iPod Touch. The deep past meets the present moment as the wizened master pauses to observe the pixelated interface.

Health with a Higher Purpose
Traditional Chinese wellness practices, once fringe activities in our culture, have carved out a place in the American mainstream. According to the National Center for Complementary and Alternative Medicine, 3.1 million people had tried acupuncture in 2007—a million more than in 2002. Nowadays it's not just elderly Chinese men performing tai chi in public parks, but Caucasian men and women also slice the air with the forms of the graceful martial art. A few studies about tai chi's health benefits find improvements in the symptoms of various ailments from osteoarthritis to Parkinson's disease; a recent trial found that practicing tai chi regularly improved cognitive function in senior subjects. Although Americans are less familiar with qi gong—a close relative of tai chi without the martial edge—the 5,000-year-old form is likely to offer similar benefits. Yet achieving ultimate wellness is not the end goal. "Just doing these practices for health is spiritual materialism," says Bloom. "The idea is to discover your true nature, your purpose in life. The traditional Chinese doctor's responsibility is not just to heal or cure you but to nourish your destiny."

On a recent Friday night at Mountain View Studio in Woodstock, a group of students gathers to glean Kwan's knowledge of the long-form Yang-family style of taiji quan (tai chi). Bloom says you'd be hard-pressed to find a teacher so close to the style's roots: Kwan says that he learned this form in the 1930s from Yang Chang Fu, the grandson of the man who created it, Yang Luchan. Having studied tai chi before Communism came to China, Kwan is said to offer teachings from the martial art's purest, strongest lineages. "When Communism came in, the teachings were dumbed down," explains Bloom, who organizes and assists Kwan's classes and is a senior teacher in his own right. "You had maybe 37 tai chi moves instead of the 113 that he teaches. I've studied with other people, and in terms of delivering the goods, he's by far the best." After leading the students through warm-up exercises, Kwan guides the class into sequences with lyrical names like "the crane spreads his wing" and "wild horse shaking his mane." He stays close to a beginner student who has wandered into the class for the first time. At times he is stern. "You are too stiff, and you are throwing your hands all over the place!" he says. "This is not tai chi. It is very gentle."

It's easy to spot the serious practitioners: They have an effortless grace that shines through even the most complex series of motions. "Keep the body relaxed," Kwan reminds the room, "and the qi will move through the meridians like a wave." Pronounced "chi" and meaning "vital energy," qi is the breath of life or motivational force in every individual. Tai chi moves—based on animal movements and translated into martial art against an imaginary opponent—are designed to cultivate, balance, and optimize qi's flow. On a practical level, says Kwan, tai chi helps practitioners learn to breathe properly, to control the emotions, and to stay grounded, relaxed, and aware. "The motions help the muscles relax," he explains. "Then the qi and the blood are moving harmoniously. This is how you heal yourself. The mind feels comfortable, the body is satisfied." But that doesn't mean it's a walk in the park; the practice is intricate and often elusive. Kwan tells the room that with his teacher, everything had to be exact ("He had a whip!")—yet with his own students, the master is more forgiving and sometimes wryly humorous. "Getting better, I must say," he observes at the end of class. "I'll drink to that. I mean tea!"

Yang Peng to Host a Reading of His New Book