The Julie Ruin at the Spiegeltent on August 1 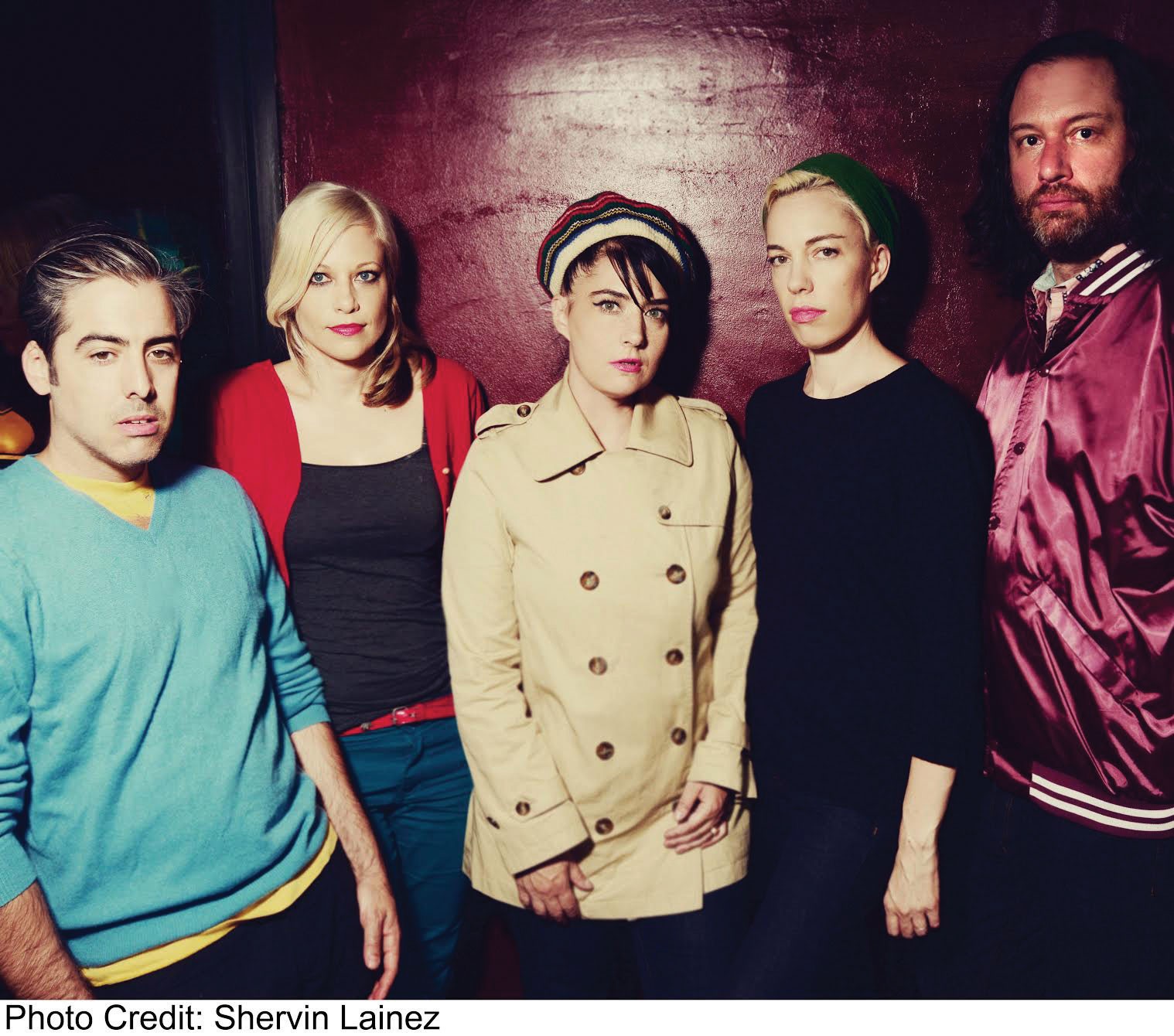 It's stressed a lot in our region during the warmer months, but it can't be emphasized enough: The spread of Lyme disease is a serious concern, and the warnings about the tick-borne illness are not to be taken lightly. For years it dogged vocalist Kathleen Hanna, whose current band, the Julie Ruin, will perform at Bard College's Spiegeltent on August 1. But, unsurprisingly if you've ever heard the passion-spitting punk legend perform, she kicked its ass. At least for now. And music had a lot to do with that.

"As it turns out, I'd had it since I was a teenager; I'm in remission at the moment," says Hanna. "I think [being diagnosed with the disease] made me appreciate making art with my friends more than I did before, especially when I was really sick. The only time I really felt like myself again was when I was singing."

Hanna roared out of America's 1990s underground as the front woman of Bikini Kill, whose radical feminist stance and raw, seething rock 'n' roll—capped with her compelling, soul-suffused wail—made them the flagship of the revolutionary punk subgenre known as riot grrrl. As a teen she'd been inspired to rethink her aspirations of being a poet when one of her early heroes, the writer and performance artist Kathy Acker, told her, "No one goes to spoken word shows! You should get in a band." So Hanna formed Viva Knievel, which soon morphed into the Olympia, Washington/Washington, DC-based Bikini Kill, whose storming anthems ("Rebel Girl," "New Radio," "Double Dare Ya") boldly addressed loaded issues like female empowerment, sexuality, domestic abuse, rape, sexism, racism, and LGBTQ rights.

After Bikini Kill split in 1997, Hanna started working on a lo-fi solo project she called Julie Ruin, releasing an album of that name on the Kill Rock Stars label before co-founding New York dance-punk band Le Tigre, which made three albums before the singer's health issues forced the trio to take a hiatus. In 2010, she resurrected the Julie Ruin moniker for the full-band project she'd begun with ex-Bikini Kill bassist Kathi Wilcox and keyboardist Kenny Mellmen of punk cabaret act Kiki and Herb. "The scene I was in had become really weird and laden with rules that I felt relieved from when watching Kiki and Herb," says Hanna, who has been married to Beastie Boys member Adam Horovitz since 2006. "They didn't give a shit and they were more punk than most of the music being made at the time." Given Mellman's involvement and Hanna's performing flair, it's perhaps natural that the Julie Ruin, whose second album, Run Fast (TJR Records) appeared in 2013, has been known to work cabaret elements into their live shows—making Bard's visually decadent Spiegeltent the perfect venue for this event.