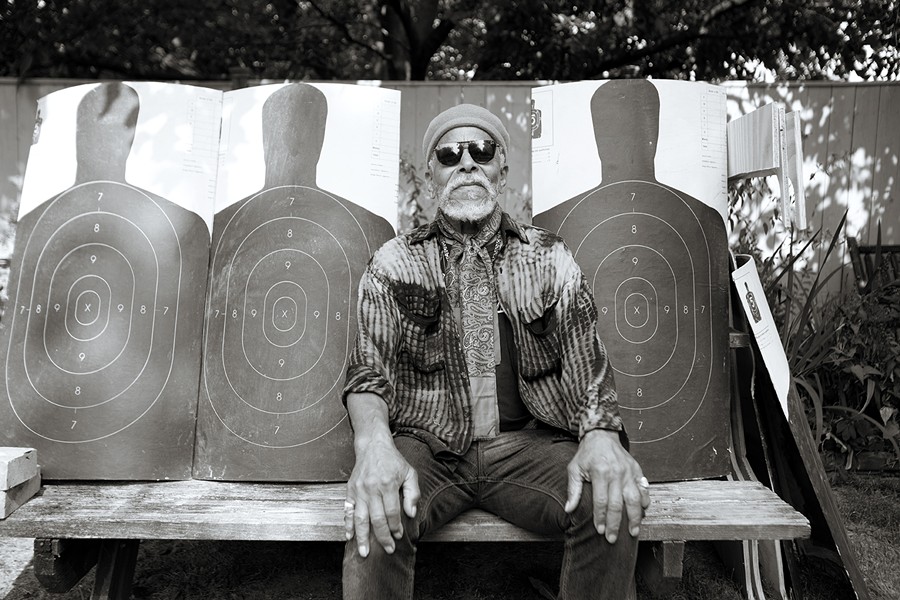 As the coronavirus pandemic caused businesses across the country to shutter, storefronts in cities like New York City and San Francisco provided artists with a new type of canvas: plywood. The boarded-up windows offered space for messages of hope at the height of the pandemic and called out rising inequality, police brutality, and systemic racism after the deaths of Breonna Taylor and George Floyd.

“Plywood is the canvas of the movement,” says Myron Polenberg, whose work on plywood will be exhibited alongside those of over 25 other Hudson Valley artists as part of the exhibition “Jewel the Wound.”

The group show, which runs October 3-November 6, will be presented in-person at the Hudson Milliner Art Salon and virtually at Hudson Art Fair, an online gallery created at the beginning of the pandemic for collectors and art-lovers to view and purchase artwork directly from Hudson’s artists and in support of local charities.

According to artist and Hudson Art Fair founder David McIntyre, “The title 'Jewel the Wound' refers to the unique ability of art and artists to illuminate injustice, societal wrongs, and trauma. Just as we jeweled the wounds of 9-11 by shining lights in the sky, we are jeweling the wounds of police brutality and systemic racism, converting them into beacons for change and transformation.”

The show is supported by the City of Hudson Tourism Board and at least 25 percent of each work sold will be donated to local and regional organizations fighting racial, social, and environmental injustice. The opening reception for "Jewel the Wound" will be held at the Hudson Milliner Art Salon on Saturday, October 3 from 5-8pm.