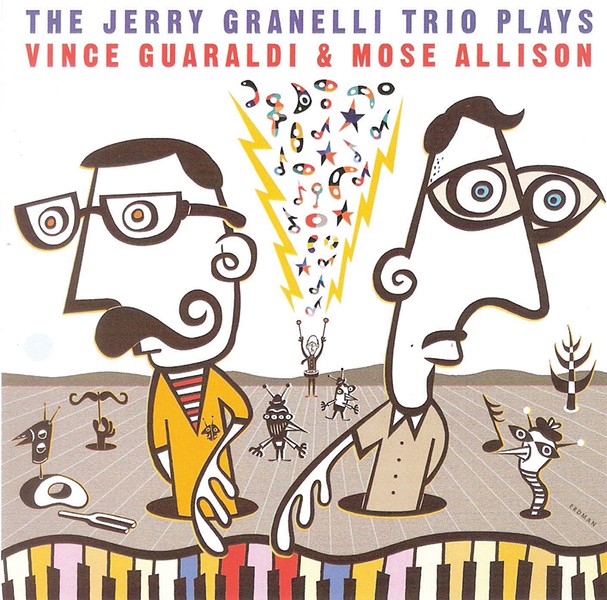 JERRY_GRANELLI_TRIO_Parchman_Farm.mp3
Update Required To play the media you will need to either update your browser to a recent version or update your Flash plugin.

Smart, playful, swing. That's what unites the seemingly disparate music of Vince Guaraldi (stately, pensive) and Mose Allison (earthy, sardonic). Drummer Jerry Granelli, who during his epic career has accompanied both of these legendary jazz pianists, is the living embodiment of this rare sensibility. Here, with bassist Bradley Christopher Jones and Kerhonkson keyboard king Jamie Saft, the percussionist explores a gorgeous set of tunes from the oeuvres of the titular giants. The charcoal brushstrokes and soft bossa nova of "Star Song," off Guaraldi's 1963 album with Bola Sete, feel especially breezy and fine on an August afternoon; no doubt the version of "Christmas Time is Here," from his beloved A Charlie Brown Christmas soundtrack, will make December divine. On Allison classics like "Parchman Farm" and "Young Man Blues," the threesome pulls and stretches the blues into a molasses/taffy mixture worthy of the maestro himself. Tasty stuff.