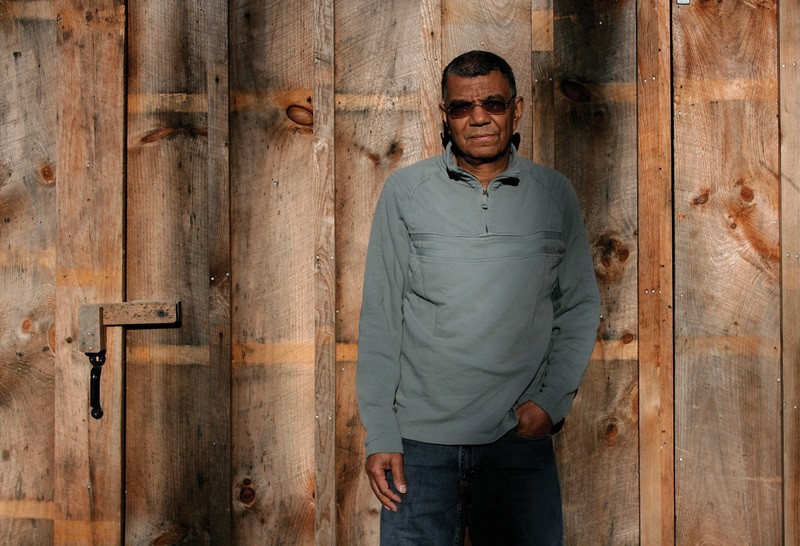 It’s one of the most surreal and mysterious albums ever recorded. The striking, Afro-delic cover by painter Abul Mati Klarwein hints at the imagery of the music inside: an endless, nebulous alien landscape of wafting fumarole vapors and burbling thermal pools; a flickering DayGlo dream spiked with ghostly electric piano, throbbing bass, searing fuzz guitar. Horns that erupt and recoil back into the mist. Beats that flutter, turn, and skitter like frightened insects. Today it’s hailed as the revolutionary masterpiece that popularized jazz-rock fusion, but at the time, many jazz aficionados, especially the purists, believed their beloved, shark-suited, cool-blowing hero had turned into a funky, bad-ass Antichrist more intent on making noise than music. That it so divided the jazz world and still became one of the best-selling and most influential recordings of all time is one of music’s most savory ironies. Though conjured a generation ago, its otherworldly spell has never waned; even now it sounds like it’s drifting in from some future galaxy. It exists on a plane where it makes its own time and yet there is no time.

The album in question is Miles Davis’s sprawling 1970 double LP Bitches Brew, which Columbia Records recently honored with a lavish 40th-anniversary Legacy Edition. And one of this landmark’s key creators is Woodstock’s Jack DeJohnette, one of jazz’s greatest living drummers.

“What Jack DeJohnette has that lots of drummers don’t is the almost unlimited color in his playing,” says New York Times music critic Ben Ratliff via e-mail. “It’s a lot to do with cymbals—what he uses and how he uses them—but also just the breadth that’s in his sound as a whole, all the little decisions and changes of direction he makes at hundreds of different points inside a tune.” DeJohnette has been on the planet for 68 years, and he’s been a musician for nearly all of them. His gifts as a drummer frequently overshadow the fact that he started out in his native Chicago as a pianist, beginning lessons at age four with a friend of his grandmother who taught him to read and play pieces from the classical canon. “As a kid I always liked music and lyrics,” he recalls. “My family had a crank-up Victrola and lots of 78s by Louis Armstrong, Tommy Dorsey, Count Basie—most of the big bands. We also loved gospel music: Clara Ward, the Soul Stirrers. Thomas A. Dorsey [called the father of black gospel music] lived right down the street.” But he credits an uncle who worked as a radio announcer and jazz DJ with introducing him to the stage.

“When I was about eight he took me to the Persian Lounge [the future haunt of pianist Ahmad Jamal, another early influence] to see [blues guitarist] T-Bone Walker,” says DeJohnette. “I had this kazoo that looked like a little saxophone. T-Bone saw it and asked me up to play with the band. So I started to toot out some R&B instrumental hit, I don’t remember what song, and all of sudden the band came in behind me. It really freaked me out. I was, like, ‘Wow, how do they all know the song?’” (According to DeJohnette, his mother, Eva Jeanette Johnson, a poet, wrote and sold to Walker the lyrics for the bluesman’s immortal “Stormy Monday Blues.”) By high school he was a percussionist in the marching band, but came to play proper drums “by accident, really.”

“I had a little jazz combo that used to rehearse in the basement of my grandma’s house and the drummer left his kit there, so I used to play around on it,” he says. “When my grandma died she left me some money, so I bought my own kit and started to play along to my uncle’s records. I realized I had a natural affinity for the drums.”

While studying at the American Conservatory of Music, the young musician immersed himself further in the local jazz scene, alternating on piano and drums. “Chicago was great for jazz back in the mid 1950s and early 1960s,” says DeJohnette. “It was a midway point for a lot of musicians who would move up from smaller cities, like St. Louis, before they went on to New York. One day [saxophonist] Eddie Harris told me, ‘You play good piano, but you play drums better. If you stick with the drums you’ll go far.’ So I did. And he was right.” Another mentor was pianist Mulhal Richard Abrams, who headed the pivotal Association for the Advancement of Creative Musicians (AACM), an avant-garde collective that birthed the Art Ensemble of Chicago and included young firebrands like saxophonists Roscoe Mitchell and Anthony Braxton and trumpeter Wadada Leo Smith. In addition to working with various AACM members, DeJohnette briefly played with bandleader Sun Ra, while another life-changing guest spot came when he sat in with the John Coltrane Quartet. “The band was booked to do four sets that night and [drummer] Elvin [Jones] didn’t show up for the last one, so Trane asked me to play,” recounts a still-awed DeJohnette, who describes the experience as “awesome. Completely amazing.”