It's Not Night: It's Space | Music | Hudson Valley | Chronogram Magazine

It's Not Night: It's Space 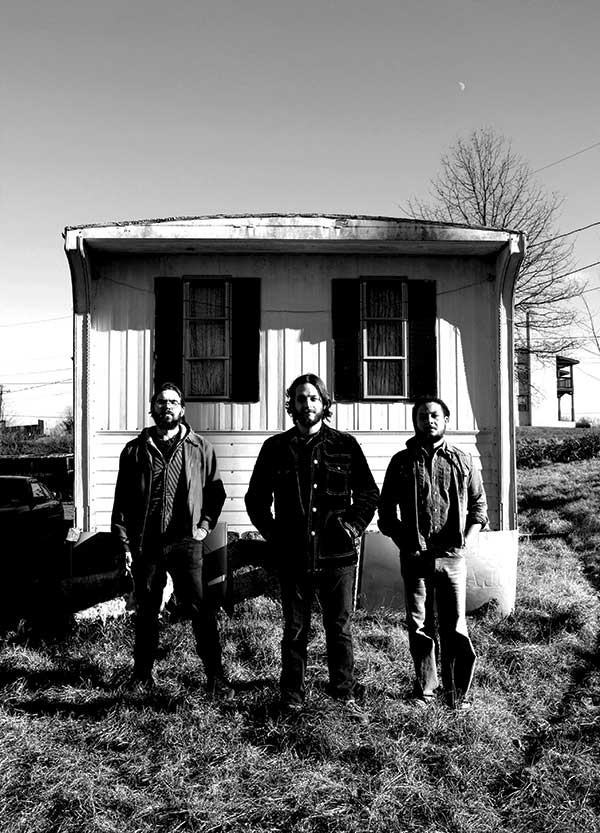 Tectonic plates shudder and shift. Mile-high mountains crumble and tumble into the churning ocean. The sun's blinding aura flashes and radiates with a searing haze. The galaxy expands and contracts, its trillions of stars swirling and scattering like some kind of cosmic confetti. A great, universal scream rises up, building and building to a peak of nightmarish climax. But somehow, in the middle of everything, there's a calm. A steady pulse. An infinite, eternal om. All of this is likely going on in your head as you experience the music of New Paltz-area trio It's Not Night: It's Space. In fact, you're more or less forced to invent the storyline when you do: The band's brand of loud, out-there psychedelic hard rock is entirely instrumental.

"At gigs we still get asked if we need a singer, all the time," says drummer Michael Lutomski. "I guess we've never totally ruled it out, but we've never felt like we needed one."

"To me, lyrics would be a distraction," bassist Tommy Guerrero adds. "As it is, there's a lot of imagery already there in the music."

Both the imagery and the music that serves as its canvas have been growing for some time, and are still revealing themselves. As It's Not Night: It's Space—or INN:IS, the band's own abbreviation—Lutomski, Guerrero, and guitar player Kevin Halcott have been wrecking minds since 2010. The group began with Lutomski and Halcott playing open mikes as a duo; soon another guitarist (since departed) and a bassist were added, with Guerrero eventually replacing the latter. Amid plying its sounds at local and Downstate venues, the outfit debuted in late 2011 with a four-song, half-hour EP, East of the Sun & West of the Moon (Independent). Adding to the experience of the threesome's inherently vivid sonic vistas is its frequent use of trippy visual projections. "Whether or not we do the projections depends on the setup at the venue," explains Lutomski. "Lately, what we've been concentrating on more is adding in ambient electronics and sample loops, mostly between the songs."

Somehow the combined academic backgrounds of the members, all one-time SUNY students, fits perfectly. Lutomski's master's degree in English is reflected in the titles and poetic feel of the songs, while Guerrero's studies in environmental science seem analogous to the music's overpoweringly tangible atmosphere. And then there's Halcott's time as—wait for it—a psych major. "Actually, lately I've been on a 'radical sabbatical' from academia," says the guitarist, newly a student of Astron Argon, the magical order created in 1907 by Aleister Crowley and George Cecil Jones. "I want to get into counseling work, but I feel like I need to get to know my head before I can help others. So right now for me it's more about purely spiritual studies. But, yeah, I think psychology relates to our music in that both are dedicated to the unknown potential of things."

Halcott grew up on Long Island and began his parallel career in rock 'n' roll before he was old enough to shave. "I got into hardcore when I was really young," he says. "I was playing in bars in bands when I was 12 years old." One of these outfits was Sick of Talk, with whom he made two seven-inches and toured before the band split up. Lutomski was reared in Rockland County, and got his start behind the kit at home. "My dad had played drums for fun when he was a kid, and his drum set was up in our attic," explains the percussionist, whose tastes in high school—Black Sabbath, Led Zeppelin, Neil Young—are audible in the sound of INN:IS, his first-ever band. "I started bugging him to bring the drums down and let me try to play them, and after about two months of that he finally did." The dreadlocked Guerrero hails from the Dominican Republic, where his uncle's Jefferson Airplane, Rolling Stones, and Pink Floyd albums first caught his ear. "I wanted so bad to learn how to play guitar that I made a deal with this kid I knew who played: I bought a guitar and told him he could keep it if he taught me how to play," Guerrero says, adding, with a laugh, "so that's what he did. And I had to give him the guitar, which made me a little sad at the time." While his mentor went on to play with several domestically huge pop rock acts, the bassist himself became further inspired by the music of US punk labels SST and Dischord. And what was the Dominican punk scene like back then? "Well, there wasn't really a punk scene," he says. "Unless you call a bunch of kids listening to records and moshing in someone's living room a scene."