It's Getting Hot in Here | Film | Hudson Valley | Chronogram Magazine

It's Getting Hot in Here 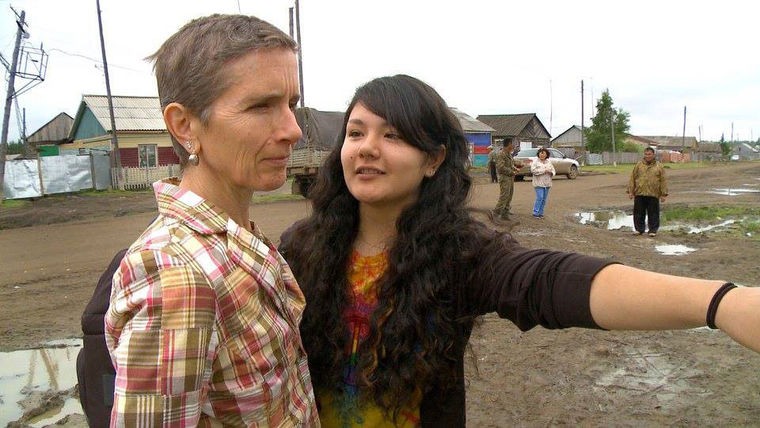 Climate change is still whispering to us in inland North America. A superstorm hits, we get warm spells at odd times, hear word of starving polar bears and vanishing glaciers, we may get a sense of impending danger; we may even protest or call a Congressman. But to the vast majority of us, direct and catastrophic effects on our daily lives remain distant.

Go on a voyage into that distance with The Anthropologist. Directed by Seth Kramer, Daniel A. Miller, and Daniel Newberger, the film follows anthropologist Susan Crate on journeys in Siberia, the Chesapeake Bay, the Andes, and the island nation of Kiribati as she seeks the human face of a global phenomenon.

The film is strikingly apolitical, leaving finger-pointing and hard science for other projects—of which, as Kramer points out, there is no shortage. "We didn't emphasize the politics or even the science, as most docs do," he says. "There are a lot of them but they're physics lessons; they talk about ice caps and penguins and polar bears and leave out the human factor."

Crate, an interdisciplinary scholar, professor at George Mason University, and author of Anthropology and Climate Change: From Encounters to Actions, is possibly the world's foremost expert on the places where humans and climate change are rubbing elbows. Beyond that, she's a down-to-earth soul who displays zero self-consciousness being filmed as she treks hither and yon with her teenage daughter Katie, getting deep in with the locals in the best Margaret Mead fieldwork style.

The film was shot over five years, starting when Katie was 14 and concluding with her departure for college—where she will study anthropology, despite declaring early on that it's the last thing she'd ever do with her life. The mother/daughter journey-within-the-journeys is underscored by archival footage of Margaret Mead in the field with her daughter, Mary Catherine Bateson, whose present-day reflections on having an anthropologist mom are interwoven with the travels of Susan and Katie. Bateson too became a cultural anthropologist after announcing that she'd never do so; this participant-observer stuff is apparently addictive.

"Susie was perfect, but what we didn't anticipate was her daughter," says Kramer. "We'd been meeting for half an hour when her daughter got home, walked in, and they immediately got into an argument. I thought, 'If only we can capture this on video.'"

Capture it they did, and it resonates—from Siberia, where Katie's father lives (Crate maintained a fieldwork site there for 20 years, and love was part of the cross-cultural connection) to Kiribati, where they dine with the president. We watch Katie mature from young teen who thinks Mom's a bit of a nut into a young woman of empathy and courage without ever losing her deadpan, slightly sardonic millennial tone.

Meanwhile, we are going places and meeting people: Siberia's generations-old hayfields are now submerged and cattle graze hip-deep in water due to melting permafrost; the tiny South Pacific island chain's seawalls regularly fail and relocation is increasingly seen as the only viable option; a coastal Virginia seafood festival is becoming a homage to a dying lifestyle; glacier ice in Peru is becoming a memory.

Everywhere, we see the sparkling eyes of children, listen with Susie to the scientists and activists and regular folks trying to figure out what to do next, keeping despair at bay. Whether one ascribes climate change to human activity or not, it's inarguable that these people, most impacted, are surely not to blame. And we're left with the resounding question posed by Bateson: How much are we willing to change?

The Anthropologist screens at Upstate Films in Rhinebeck on Friday, December 9 at 8:15pm. Director Seth Kramer will take questions from the audience after the film.