Your dreams have messages for you. Are you listening? 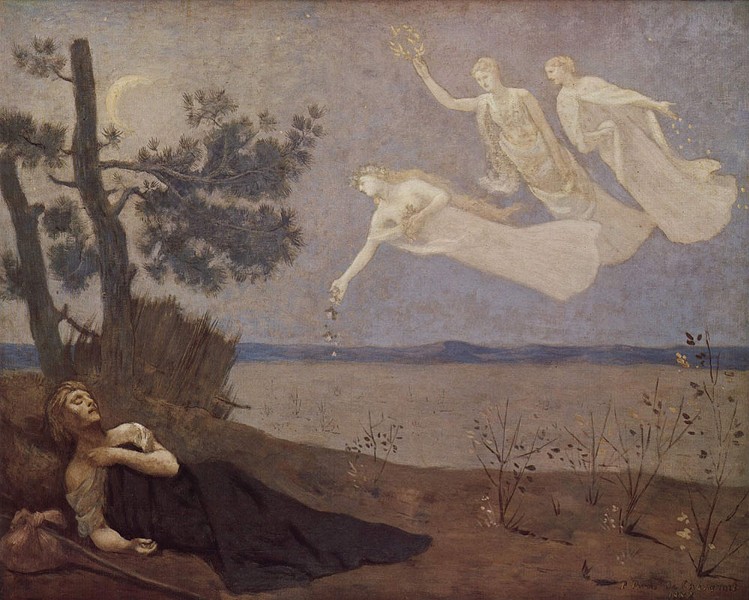 Unspooled from the subconscious and spun out of sleep, our dreams are fleeting yet vivid, magical or commonplace, enchanting or harrowing. However they appear, they always have messages for us, says Stephen Larsen, PhD, coauthor with Tom Verner of The Transformational Power of Dreaming: Discovering the Wishes of the Soul (Inner Traditions, 2017).

The book touches on the history of dreams from ancient times to today, and offers practical tools for working with our nighttime narratives to gain the insights they wish to teach us. The author of several books including Joseph Campbell: A Fire in the Mind, Larsen is professor emeritus of psychology at SUNY Ulster, and he draws from half a century of working with his own dreams and the dreams of his students and therapy clients; he and his wife Robin have led dream workshops for almost 25 years at the Center for Symbolic Studies in New Paltz. I caught up with Stephen Larsen in the real world recently, to talk about the dream world.

Why should we pay attention to our dreams, instead of dismissing them as “just a dream”?

Stephen Larsen: Our dreams might be fanciful, they might be wild, or they might be mundane; they vary from one reality model to the other. Sometimes it’s “Oh my God, I’ve got to get to work on time and there’s road construction.” It might be a daily familiar task. In that case we can say that the dream architect or playwright plucks the subject of the dream from our daily life for the dream reality. Other times our dreams don’t seem to have anything to do with our daily lives; they arise from an unknown source. A dream can take place on a different planet, or with a person that we never have met before. It could be someone from our earlier lives who has died, or the great-great grandfather that you never knew.

In my training workshops, I scold people for using the phrase “it’s just a dream.” It’s only in this materialistic culture that such a question—why pay attention to our dreams?—would even make sense. Ancient people, Native Americans, even Classical period Greeks or Egyptians would never ask such a question. The Iroquois of New York State believed that if you ignored your dreams you ignored the wishes of your soul, and you could get very sick or be driven mad by nightmares. If someone has a bad dream or a nightmare, it might just be trying to get their attention.

Think of it this way: Dreams are no less sentient than we ourselves are. That is to say, the dreams notice whether you’re paying attention or not. And if you are paying attention, the dreams do a kind of wonderful thing of upping the ante a little bit. You will begin to have more dreams, and they will be more useful to you. If you don’t pay attention to them, you won’t get very much, or every now and then you’ll get a nightmare, and a nightmare is like a wakeup call.

We live in an extroverted culture where we skate on the surface of things but don’t look deeply inside. Our dreams tell us to look inside. Joseph Campbell would say, a myth is a public dream, and a dream is a private myth.

Our dreams are so elusive. How can we remember them better?

You can do it by setting an intention. You can say to yourself, “I will have a dream tonight and it will be useful to me.” When I took on the contract for my book, I made a resolve to pay more attention to my dreams. Normally, I record about 50–100 dreams a year. I recorded 233 dreams in the year that I started this book. When you’re setting an intention to pay attention to your dreams, they flow like the spigot is wide open.

I also encourage people to keep a dream journal. At SUNY Ulster, I taught a Psychology of Consciousness course for many years in which I asked my students to keep dream journals. So I have read many hundreds of dream journals over the years. I have also kept my own dream journal for the past 50 years. I started out as an analysand of a famous dream analyst, who taught me not to dismiss any dream as a simple dream or nonsense. If you take the time to pay attention to your dreams, you will find profound guidance in them.

How can we work with our dreams and learn from them, becoming “a miner, a troglodyte” of our dreaming, as you describe in your book?

A simple dream image is telling you something about yourself. Say you dream that you’re climbing a mountain. You’re a Shawangunk climber doing an extremely difficult climb, and there are no hand-holds. What in your life is like that? Maybe it’s the business you’re starting—you thought you had a handle on it, but it’s too hard. The dream may contain a metaphor that amplifies a situation in your daily life.

In the book, we offer a set of guidelines for how to work with your dreams. We use four stages, as the Greek playwrights did: exposition, development, crisis, and lysis. The initial scene of the dream is the exposition: You’re climbing. Next is development: I could ask a guy above me to drop me a rope. Basically, the exposition sets the stage: What is the problem? The development carries us deeper into the dramatic action or solving of the problem. Then comes the crisis (almost every play or novel has one), and the lysis is the resolution. It’s a series of dramatic stages in which we can learn something about ourselves.

I once worked with a young, extremely shy woman who was raised to be afraid of her own shadow. After a couple of years of therapy, she became very liberated and romantic, and began to break the parental taboos. There was a man she liked, but in a dream she saw him with a shadowy aura. I called her attention to the warning in the dream, but she persisted in her liaisons. The next week she saw a shocking article in the news: The romantic-seeming gentleman was a pedophile. Things aren’t always what they seem. Similarly, you might have a dream telling you to abandon that trust fund run by Bernie Madoff. Dreams aren’t always a warning, but they can be. The dream could also be saying, “Why are you always trying to make a buck?” It can have two messages at the same time.

If you don’t have a psychiatrist or psychotherapist to help you with your dreams, tell them to a friend at the breakfast table. Hopefully, you’ll both go a little bit deeper into what your dreams are trying to tell you. And you’ll get to know the person better than you ever would if you just talked about TV shows.

Both you and your coauthor, Tom Verner, have helped children with nightmares and night terrors. What can parents can do to help?

People of all ages have nightmares. They’re familiar as “bad dreams,” and they often have a content that you can remember. A night terror is more common in children—the child will wake up screaming or whimpering and not know why. They might not be able to be wakened, and the dream has no content that they can remember. The best thing to do for a night terror is to soothe the child and have them go back to sleep. For either a nightmare or a night terror, I don’t recommend saying, “It’s not real.” It’s better to say, “Tell me about it,” which they can do if there’s a nightmare and there’s some content.

My colleague Tom is an imaginative magician as well as a psychologist; he has something he calls “the cookie monster” technique. He works with kids talking about their bad dreams, and at the end of the workshop they spend time making cookies in the shapes of the monsters, or whatever it is that inhabits their nightmares. Tom has found that it totally ends bad dreams because the monster doesn’t eat you; you eat the monster. You take the power.

We don’t have to be antagonized or terrorized by a bad dream. For example, when I was a child, my cousin and I had the same dream. There was a terrible witch who would chase us across a snowy landscape and we couldn’t get away. We would wake up screaming. We called her “the Ski” because she always appeared on skis with a swooshing sound.

One morning, my mother was listening to my cousin and me talking about the Ski and said, “Why don’t you ask her why she doesn’t just drink Sanka (the decaf coffee of that time)? Why is she up all night terrorizing little boys?” So in a dream the next night, the Ski was chasing me, and instead of running away I stood my ground and let her grab me. I looked into her face and stammered, “Why don’t you drink Sanka?” She shrieked and dropped me. My cousin tried this too in his dream. After that, the dreams stopped. This could be called a lucid dreaming technique, where you consciously enter your dreams and take charge of them.

You have a chapter in your book about dream incubation. Can you explain what it is?

Ancient shamans had a dream incubation tradition: They used to go into caves, lie down, and wait for a dream. They thought of it as a way to open themselves to supernatural sources and counsel. If you set the stage for a dream like that, it could be a big one. The Asclepian cult created these wonderful sanctuaries where you’d lie down and wait for a dream. In this way, people learned to expect messages from their dreams.

Carl Jung and others talked about dream incubation as an age-old tradition for seeding the unconscious mind to help solve problems and gain insights. We can still use our dreams in this way. Dream incubants used to recline in the same way that people in psychoanalysis lie down on couches and free associate. On the analyst’s couch, their guard is down; it’s a dream-like exercise, and it offers up a lot of useful material for therapy.

What’s great is that unlike therapy, dreams are free. We live in a culture that puts down the internal sides of ourselves. We’re not encouraged to listen to our inner lives. What Tom and I are doing in the book is opening and encouraging people to listen to their dreams. They’re free and they come to you. So why not?


Buy The Transformational Power of Dreaming: Discovering the Wishes of the Soul.

Stephen Larsen will be giving a lecture on his book at the Center for Symbolic Studies in New Paltz on October 13 at 8pm. On October 15 and 16, Larsen and his wife, Robin, will lead a workshop on dreams ($140 for the two-day workshop).

The original print version of this article was titled:
"Dream Empowered: Your dreams have messages for you. Are you listening?"