As days darken, weather cools, and humans venture indoors, it’s hard to resist curling up with spooky stories. But despite the many incredible writers out there that spin fictional tales of horror (Stephen King, Shirley Jackson, or Peter Straub, anyone?), sometimes real stories of crime and murder are just as—if not more—terrifying.

These true-life murders happened right here in the Hudson Valley, and they’re sure to have you looking over your shoulder and locking your doors. 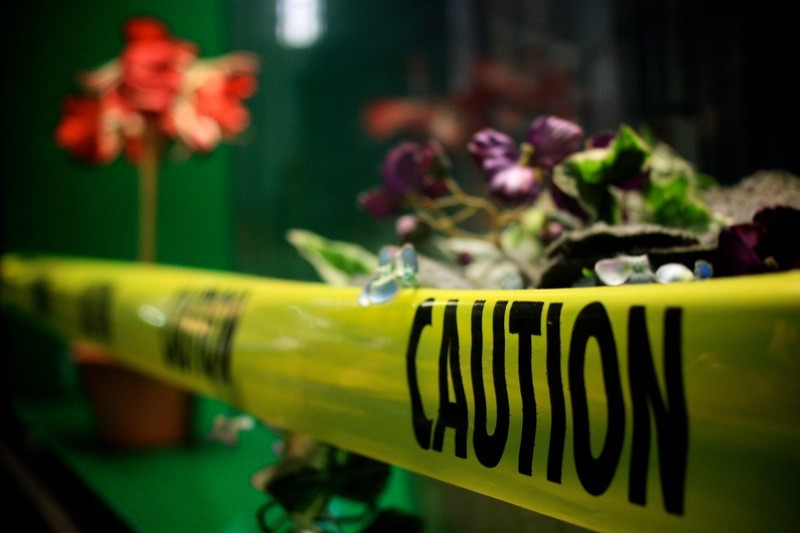 On a Sunday evening in August 1979, History teacher Albert Fentress brutally murdered eighteen-year-old student Paul Masters. According to a 1999 New York Times article, Fentress “told officials that with scenes from the movie ‘Deliverance’ playing in his head, he lured the teen-ager into his basement, tied him to a post, sexually abused and mutilated him, shot him twice in the head, and cooked and ate parts of his body.”

The murder inspired writer Jodé Susan Millman, a Poughkeepsie resident who remembered the murder from her childhood, to fictionalize the story in her novel The Midnight Call. Albert Fentress is currently being held at the Mid-Hudson Forensic Psychiatric Center in New Hampton.

In the late 60s and early 70s, the Hudson Valley saw its fair share of mafia-style murders, including some that remain a mystery to this day. One man wearing a suit over his pajamas was found in Saugerties with four bullet holes in the back of his head, and a frozen torso was also found in a burned-out car in Blooming Grove.

More recently, when state police believed an unsolved John Doe murder in the late 1960s might be solved with DNA analysis, they exhumed the body for evidence. The body was found nearly 50 years ago in Tuxedo where local authorities claimed a local organized crime–involved family dumped their victims.

Cops and robbers in Nanuet

In 1981, ten people from a radical political organization staged an armed robbery of a Brink’s armored car parked outside the Nanuet Mall. Brink’s guards Peter Paige and Joseph Trombino were attacked by two men, one using a shotgun and the other an M16 rifle, while carrying bags of money from the mall to the van.

The robbers made off in a U-Haul with $1.6 million before police officers set up a roadblock to trap them, but when six men exited the vehicle and opened fire, two Nyack police officers, Edward O’Grady and Waverly Brown, were killed in the gunfire.

On February 5, 1997, the assistant superintendent for the Valley Central School District, Richard Aderson, was killed after a minor car accident on I-84 in Fishkill. The forty-seven-year-old was shot in the chest after having the accident and a verbal altercation with his killer, but he was able to call police and describe the shooter and his vehicle before he passed away—a tall white man driving a green Jeep Cherokee with New Hampshire plates.

Despite there being over 50 cars that must have passed them (it happened on Aderson’s ride home from work during rush-hour traffic), there were no credible witnesses. The story gained national media attention and was featured on both Unsolved Mysteries and America’s Most Wanted, but police have never found his killer.

Born Eliza Margaret McNally in 1864, Irish American Lizzie Halliday immigrated to the United States with her family at a young age. After a series of ill-fated marriages (two ending in her spouse’s death) and a few run-ins with the law, Halliday settled with her newest husband, Paul Halliday, in Burlingham, where their house and barn burned to the ground killing her son. When the bodies of Margaret and Sarah McQuillan (members of a family she resided with in Philadelphia) and her husband Paul were found shot on the Halliday property, she was tried for murder at the Sullivan County jail in Monticello.

She was known to be particularly wild and violent, once stabbing a nurse with a pair of scissors 200 times, and she was even thought by some to be linked to Jack the Ripper. Halliday was also the first woman to be sentenced to death by electrocution, but she spent the rest of her days in the Matteawan State Hospital for the Criminally Insane.