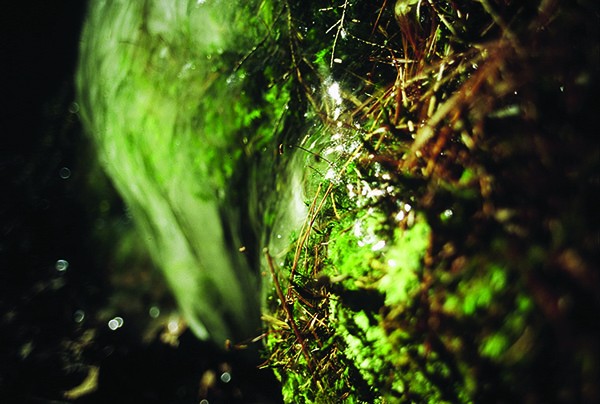 February arrives at the depth of winter in most of the Northern Hemisphere, when we live in the shadow of cold, rain, and snow. Within February's first few days lies one of the four high holidays—or sabbats—of the pagan calendar, called Imbolc in Celtic times. Its corresponding holidays are Beltane (or May Day, May 1, or May 5, depending on your tradition), Lammas (also called Lambess, Lughnasa, first harvest, or second planting in agricultural communities, August 1), and Samhain (also called Halloween, October 31, aka Days of the Dead).

The cross-quarter days lie at the midpoints between the equinoxes and the solstices. Imbolc, traditionally honored on February 2, is right near the halfway point of the Northern Hemisphere's winter solstice and the spring equinox. The equinoxes and solstices are called the "quarter days," so the midpoints are called "cross-quarter days." Imbolc, also called Midwinter, literally means "in the belly," and at this time we are deep in the belly of winter, held in a kind of gestation for the coming spring at the vernal equinox on March 20. The sun crosses the middle degree of Aquarius at Imbolc, the symbolism of which we will visit in a moment. Think of Imbolc as the tipping point where the energy of spring starts to be felt more strongly than that of winter.

If you're paying attention to your environment, you will notice that each of the cross-quarter days contains a shift in momentum. For example, think of the sensation of Halloween, when autumn is giving way to winter. It's almost as if there are really eight mini seasons rather than the four we normally think about.

In the contemporary world, we associate early February with Groundhog Day, which hardly gives a clue to the importance this holiday held not long ago. For most people, the day passes unnoticed, except for a photo in the local paper of a cute little critter in Pennsylvania who has wiggled out of his hole for a breath of fresh air, just like he does every other day, only this time confronted by 100 TV cameras. Which is kind of a funny comment on Aquarius.

His "stirring to life" in midwinter is bullshit; groundhogs don't hibernate. The media, though, are practicing the tradition of weather divination; all of the cross-quarter holidays are associated with some form of augury or communing with the spirit world. Astrologers know that Imbolc falls with the Sun at the midpoint of the sign Aquarius, the Water Bearer, who lives today as the astrological symbol of individuality and eccentricity. Yet Aquarius is also one of the signs most prominently associated with technology, in particular, digital technology. In addition to the theme of individuality, Aquarius also embodies the theme of order, conformity, and regimentation. This is one of the things we experience with digital technology, wherein everything is reduced down to code that does not think for itself and must perform perfectly or it may not do anything at all.

The constellation Aquarius, known to be among the oldest named configurations of stars, stands, according to Catherine Tenant, "with his foot on the head of the great Southern fish, into whose mouth his waters pour." She traces the god Aquarius back to Babylon, noting that he rules over a huge area of the sky where are gathered the Southern fish, the dolphin, the zodiac fishes (Pisces), the River Eridanus (the River of Night), and Cetus the sea monster. These ancient waters and their primal creatures were "seen as the source of life, through which the Sun passed during the rainy season." Today it seems like the primal waters in which humanity is swimming are entirely digital. If we are in the belly of anything, that would seem to be the G4 network. As the Sun moves through the sign Aquarius, so too is the planet Mercury transiting here, only in reverse—Mercury will be retrograde through February 11.

One of the fairly typical manifestations of Mercury retrograde is to make apparent the environment that is usually invisible, transparent, or taken for granted—that of technology. That's one way to consider the "things get weird when Mercury is retrograde" phenomenon—we notice the digital and electrical environments. We also notice the mental environment, which might account for how Mercury retrograde is associated with technological glitches as well as a check you're expecting in the mail getting stuck between the pages of the Pennysaver.