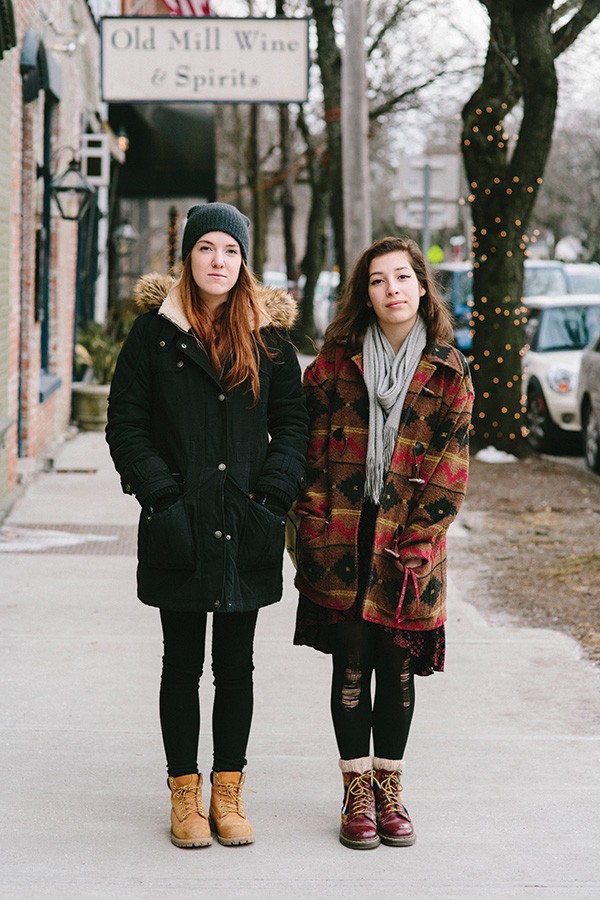 This image of Evelina Brown and Sarah McCausland was taken on January 18 for a feature on the town of Rhinebeck for the February issue.

Brown and McCausland, both students at Bard, were struck and killed by a car while walking northbound on Route 9G, just north of Broadway in the Village of Tivoli on Friday, January 31. (The Poughkeepsie Journal is covering the unfolding story of McCausland and Brown's tragic deaths.)

Photographer Thomas Smith, who took the image of Brown and McCausland, tells how the Bard students ended up in front of his lens:

"I had just taken the portrait of the young couple and the baby and thought to myself, 'I need to find cool young college kids,' and that's when I saw the two of them strolling by Summer Moon on E Market street. They were talking and laughing, hands in their pockets because it was frigid out that day. I quickly ran across the street right in front of a 14 foot box truck that was making a left off of Route 9. They saw me pop out in front of them on the sidewalk and I asked if they wanted to have their photo taken for Chronogram. They looked at each other and said sure. I said, 'Well good thing since I almost got hit by a truck coming over here to ask you.' So they asked me what they should do and I told them to walk with me, I wanted to find a good spot. That was the only photo i took of them. I remember they laughed at each other before and after it was taken, but the expression they gave in between was something from a movie, something of great confidence. Like they were so comfortable with each other. I told them afterward that they had mastered the art of not smiling on camera. I think they knew what I meant. A lot of people refrain from smiling, but few people have such a bright glowing happiness about them that they don't even need to smile."

Our hearts go out to the families of Evelina Brown and Sarah McCausland and the entire Bard community.