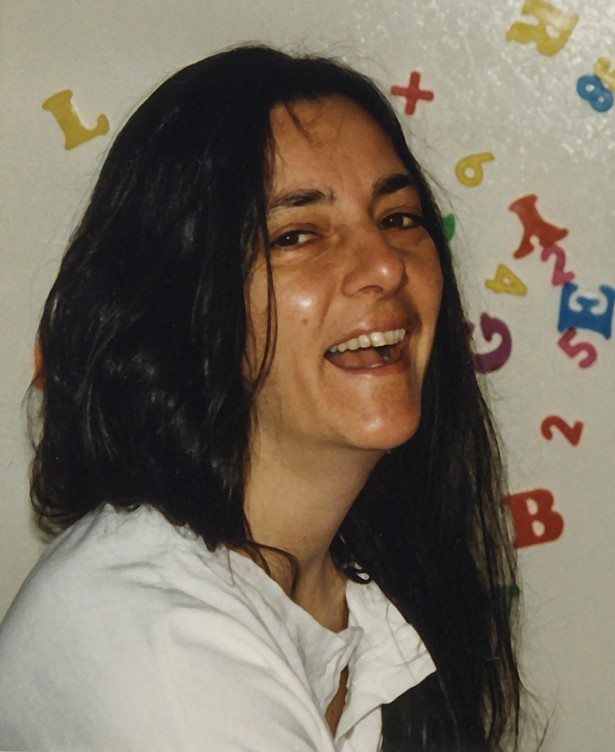 Around 1990, art collector and philanthropist Arthur Anderson stumbled upon Elena Zang's pottery studio while hiking near Woodstock and bought some pots. A year later, after Zang had moved from Big Indian to Lake Hill, he suggested she open a gallery.

"I said, 'You are so good at this.' She was very outgoing and accessible and had a spiritual quality. I told her that an eminent, internationally famous artist who does wonderful work lived nearby and it might be nice for her to have a gallery where she has a summer studio," recalls Anderson, who knew the artist Mary Frank. Zang, who had recently met her life partner, Alan Hoffman, a potter, artist, and art conservator, followed up on Anderson's suggestion, exhibiting two charcoal drawings of Frank's, which Anderson promptly bought.

"She just had this garage with her pots," Frank recalls. "She had no art background, but she had this tremendous enthusiasm and spirit." Hoffman and Zang converted their garage into a two-room gallery, and at Frank's suggestion began showing another nearby resident and world-renowned artist, Joan Snyder. It was an auspicious beginning for the eponymous gallery that became a preeminent showcase of contemporary art in the region, as well as an inviting destination, thanks both to Zang's gardening skills and her generosity of spirit. She drew to her an enormous circle of friends, many of them her artists and collectors. Zang's death, on August 20 from cancer, is a huge loss for the entire community.

"I thought she could be the mayor of Woodstock," says Judy Pfaff, one of the gallery's artists. "We would go into the Bear Cafe and we'd have this table and this entourage would be around her. Not only did she know everybody, but she knew them for 100 years." 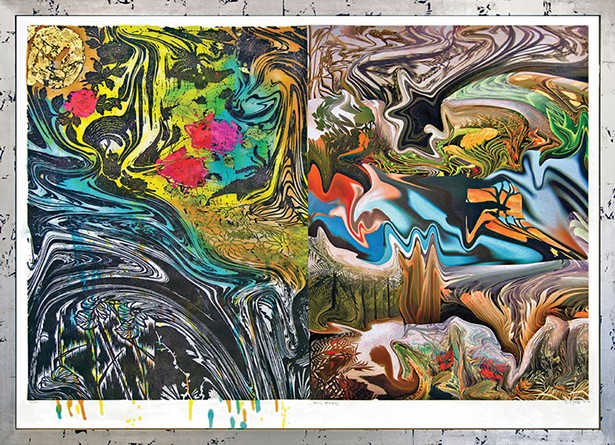 Zang's warmth, authenticity, and earthy sensibility might have seemed an odd fit for the prestigious gallery she and Hoffman created, but they were major contributors to its success. "I've worked with many art dealers over the last 50 years, and Elena was outstanding," says Snyder. "She was straightforward, completely involved, and always passionate about my work.""She was unique," says David Hornung, another one of her artists. "She created a world. The garden and beautiful little gallery and everything she did was very holistic." Indeed, "she created a place where people felt incredibly comfortable and offered a lovely experience," says Frank. "The vegetable and sculpture gardens were so much a part of the experience. Many people were not only in the gallery but also in the house, which was full of everyone's work."

While Hoffman managed the gallery behind the scenes, Zang was the person out in front. "The thing that made it click was Elena herself," says Donald Elder, who joined the gallery in the early 1990s. "She would do everything she could to sell your work. She built a great rapport with many collectors, including museum people, and because she didn't have too many artists, she had time to work for them and give them shows."

"Joan, Mary, and myself, we're not cheap," notes Pfaff. "My stuff is not easy to sell, but Elena found great homes for things. Not only was she not intimidating, but she'd let people try out a piece to see if it works and bring it back if it doesn't."

Joining the gallery was like becoming part of a family, Hornung and Elder say. When Elder's partner became very ill, "Elena was there for me," he says. "She couldn't be more endearing and helpful."

"She was the only one who could get me out of the house," says Pfaff. "She loved music and knew all the musicians in Woodstock and would say to me, 'I have a ticket for you to Levon Helm's place.' She'd make it so I couldn't not do it. And it'd be great. I learned so much."

Zang grew up in a large Orthodox Jewish family in Kingston. "As soon as she could, she left Kingston and went to Woodstock," says Hoffman. She studied at Stanford University and after returning to Woodstock, married John Kehrl. The couple homesteaded in Big Indian and coparented Kehrl's three children from Kehrl's first marriage with his ex, Eve Baer. (Kerhl and Baer's daughter Christine considered Zang to be her second mother.)

Zang and Baer were also close friends, dating from when they had met in Woodstock when Zang was 15—she'd hitch or take the bus from Kingston—and Baer, seven years older, was working as a waitress at Espresso Cafe. "We had an immediate bond," says Baer, who visited Elena daily during the final months of her life to care for her. After Elena had divorced and was living with her son, whom she had adopted with Kehrl, she wanted to buy the property in Lake Hill. Lacking funds herself, she asked 10 friends to loan her the money—which they did, with everyone eventually getting paid back. "There was no question about trusting her," said Baer. "She really was who she was. She had no pretensions."

She was also an impassioned learner. "In the beginning, Elena wasn't that sophisticated in terms of what she knew, but she really grew over the years in such an amazing way," attending art fairs and visiting galleries in the city, says Snyder. Zang made up for her lack of art knowledge by taking art history classes at Bard College, where she met Pfaff, who was then co-chair of the art department—and who subsequently joined the gallery.

Zang was also a proponent of women's reproductive rights. In 2018 and 2019, she hosted two fundraisers for Planned Parenthood of the Hudson Valley, the latter netting approximately $50,000. "A very important part of our relationship was that she was so socially aware and active," says Frank.

Besides gardening—"she was always out in the garden. If not the clay in the studio, she needed the clay in the soil; she needed that earth connection," says Hoffman—Zang did African dance for many years and had taken up piano with her great-granddaughter Talula. "Our great-granddaughter was Elena's favorite person," Baer says. "She gave her every kind of lesson and arranged for one of her artists to be her mentor."

A memorial show is planned for spring 2021. Hoffman is continuing to run the gallery, which is open by appointment.

The last show at the gallery featured Elder's work, which opened last November. "Elena was just determined to give me that show," says Elder. "She looked so wonderful and excited the day of the opening. I just miss her to death. It will be a long time before I accept that Elena's energy won't be there."